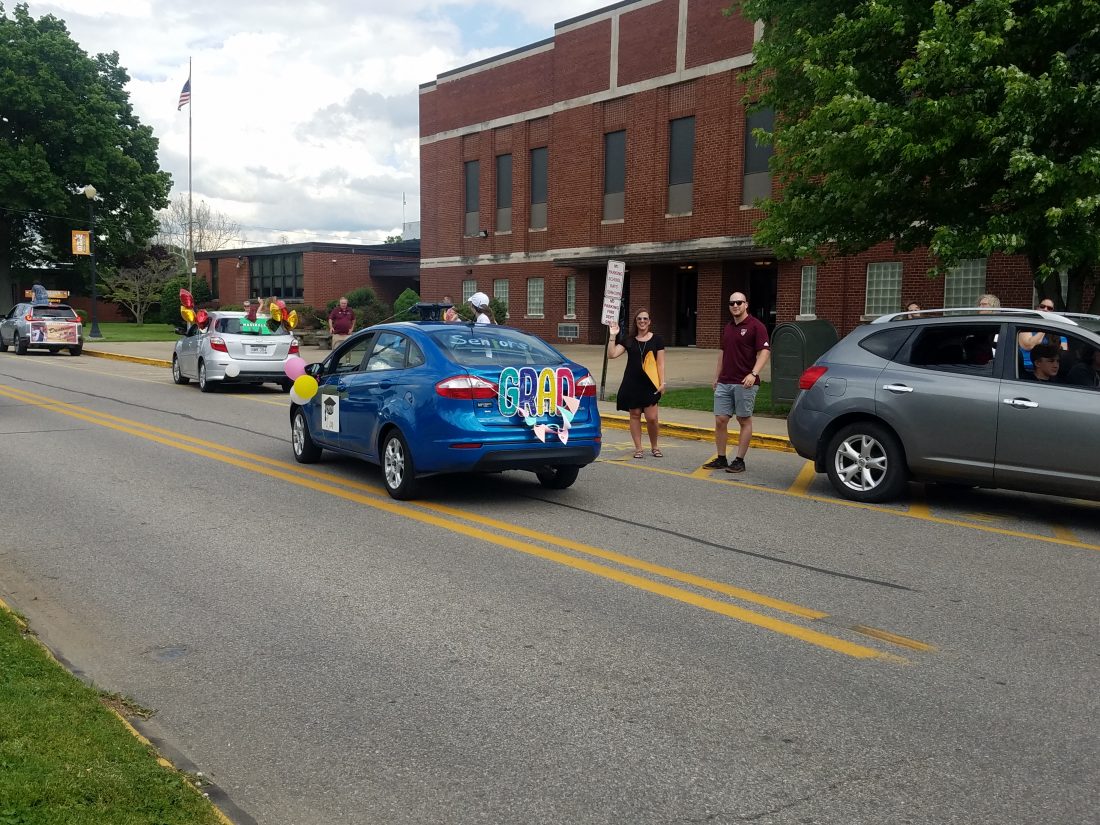 Photos by Madeline Scarborough Teachers Jill Parsons and Tyler Blackburn pass out awards to graduates as they drive past Williamstown High School in Friday's parade.

Williamstown High School graduating class of 2020 decorated their vehicles and took part in a parade around Williamstown to celebrate the end of the year.

Photos by Madeline Scarborough Teachers Jill Parsons and Tyler Blackburn pass out awards to graduates as they drive past Williamstown High School in Friday’s parade.

“I am glad the weather held up enough to do the parade, but wish they didn’t have to miss out on so much,” said Jason Ward, principal of Williamstown High School. “I am just glad we were able to give them something.”

The awards ceremony was not originally planned to be virtual, but because of rain on Thursday evening, the Jungle Drive-in was too muddy to be used, said Ward.

Many teachers were in front of the school Friday afternoon to wave at students and hand out awards as they passed the school.

“We are all discouraged that we can’t do things as normal,” said Jill Parsons, who teaches business education to seniors. “I miss seeing my students, because the class of 2020 was a great class, but I am glad to see their decorated vehicles and that they are all in good spirits.” 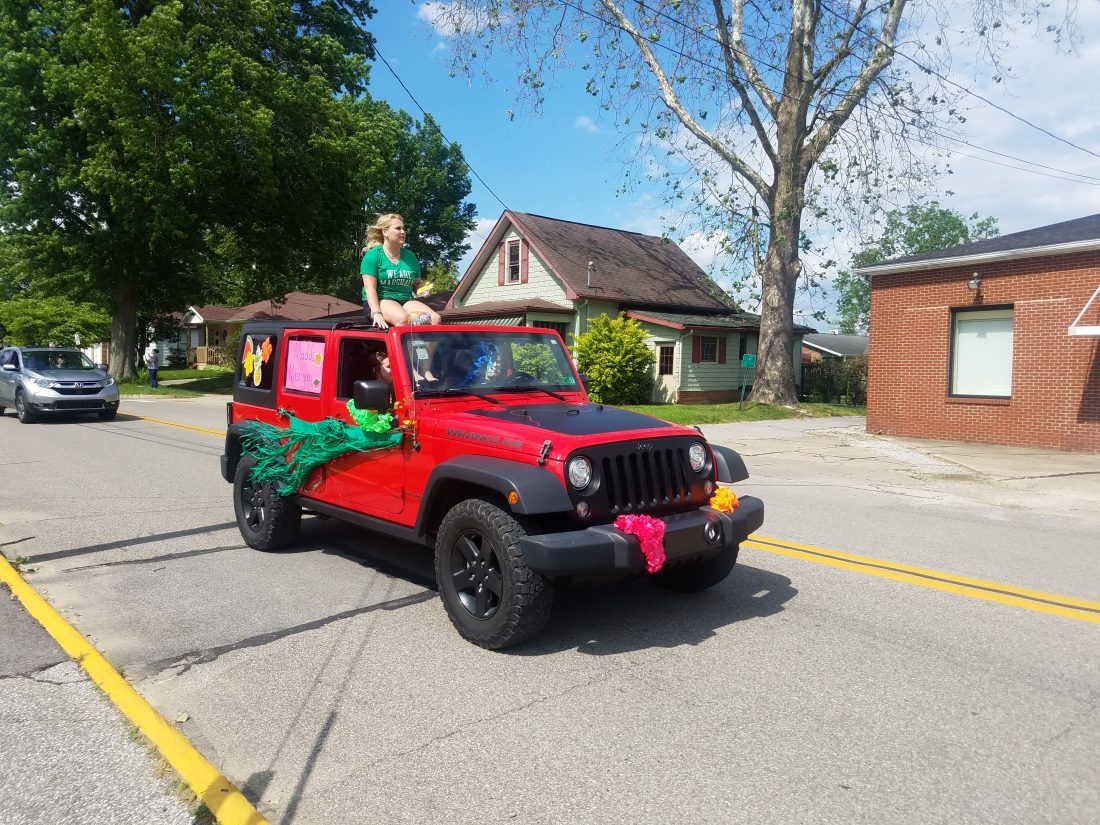 Williamstown High School graduating class of 2020 decorated their vehicles and took part in a parade around Williamstown to celebrate the end of the year.

Family and other community members could be found lining the sidewalks of Williamstown with signs and cameras in hand.

“I am so proud of the entire 2020 class and how they have embraced all these changes,” said Tina Taylor, a mother to one of the graduating seniors driving in the parade.

The teachers who were gathered were all I agreeance that virtual was not the same as the one-on-one time they normally get with their students, but that they too were proud of the graduates.

“Our hearts have been broken for them,” said teacher Tyler Blackburn. “They missed out on a lot of the end-of-year activities such as prom.”

Blackburn said that the last nine weeks are really important, because it is full of fun times and a chance for some to say goodbye as they head off to their next journey in life.

“The end of their senior year is where they normally get to feel like all their hard work has paid off,” Blackburn said.

Ward said that with a graduating class of only 110 students, he hopes that the guidelines will loosen up and allow for a face-to-face graduation ceremony to be held later in the summer.

Madeline Scarborough can be reached at mscarborough@newsandsentinel.com