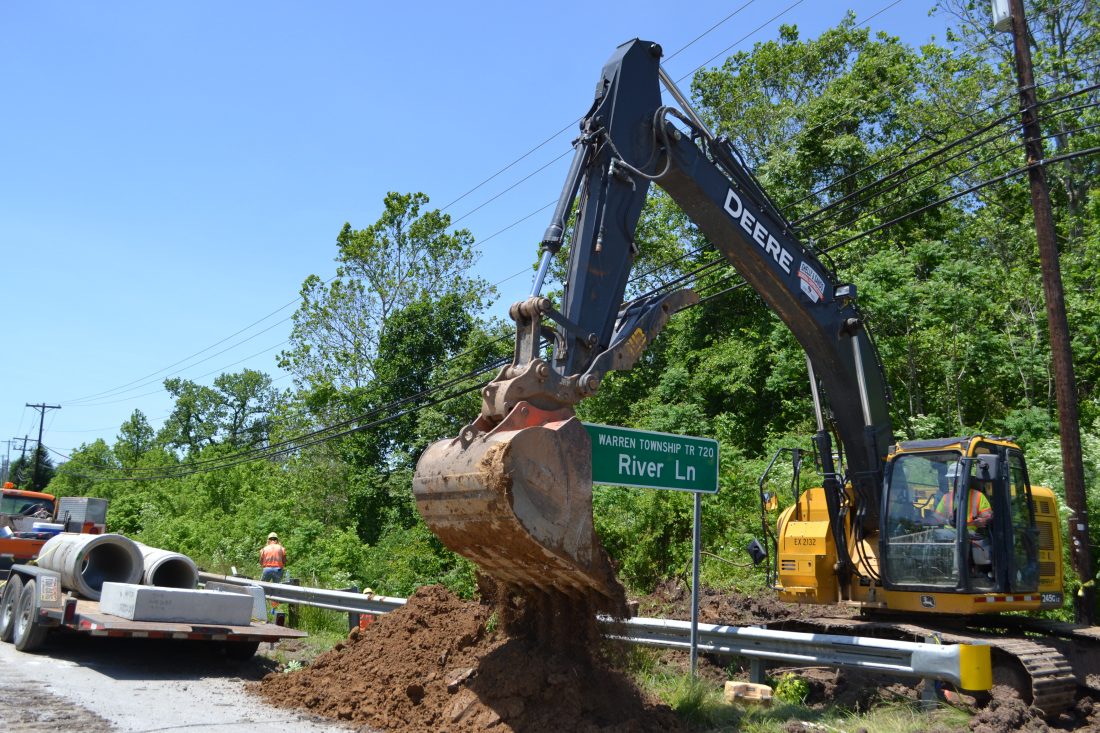 Roads all over Washington County are under construction, with seemingly no end in sight.

She said the construction on Interstate 77 and Ohio 7 remain their primary projects.

The rehabilitation project, which runs on Interstate 77 between the West Virginia state line and Ohio 821, will include resurfacing, guard rails, shoulders, drainage and concrete barrier work. The estimated completion date is June 4, 2021.

During the rehab, one lane will be closed in each direction, while the southbound on-ramp for exit 6 will be closed June 19-29, according to ODOT. Resurfacing and guard rail work will be completed during that time and traffic will be detoured using Ohio 821, Ohio 60 and Ohio 7.

The northbound on-ramp and south-bound off-ramp for exit 6 will be closed June 8-18 and traffic will be detoured.

Rittenhouse said although there has been a lot of rain, most of the work is still on time.

“With the (Ohio) 339 resurfacing, we are still on track to complete the resurfacing at the end of July,” she said. “As long as we can keep the rain away…the weather has been our biggest obstacle.”

Ohio 339 will be resurfaced between Ohio 618 and Maple Lane. The estimated completion date is July 31.

Those who travel Ohio 7 have seen construction along both sides of the road. Sgt. Dustin Payne of the Ohio State Highway Patrol said they’ve been making an effort to monitor the areas of road work.

“We’ve been making a concerted effort to enforce the traffic laws,” he said. “We’re monitoring speed since the workers are out there every day. We’ve written a few tickets, but we’ve been lucky so far.”

The road near the intersection of River Lane and Ohio 7 is being dug up to correct a drainage issue.

“Anyone who drives through there knows that when it rains, it backs up,” Rittenhouse said.

Other construction on Ohio 7 includes resurfacing with drainage and guard rails. This project includes the resurfacing of Ohio 7 between Third and Greene streets in Marietta.

More improvements for Ohio 676 are also in the works. Starting June 15, part of Lancaster Street will be closed for curb, guardrail, sidewalk and drainage work.

Three landslides are also scheduled for completion by the end of the year, according to ODOT.

The landslide on Ohio 60 is still under construction, as recent rains made the situation worse.

“With all the recent rain we had, that did worsen the landslide on Ohio 60, unfortunately,” Rittenhouse said. “Our crews hauled away quite a bit of materials from that site.”

She said the intention is to sell the work to a contractor for repairs later this year.

“It’s not uncommon to see some of our landslides get worse when we have prolonged rain like we did a week or so ago,” she added. “That did worsen under all the rain we got. We were able to keep one lane open.”

•July 31 – Resurfacing Ohio 7 in the City of Marietta between Third and Greene streets.