A resolution for an Ohio Water Development Authority loan agreement led to a contentious meeting of the Washington County Commission Thursday morning.

Devola resident Glenn Pawloski questioned the resolution, which allows the commission president to apply for, accept and enter into an Ohio EPA/OWDA water pollution control loan fund agreement for phases 2 and 3 of the Devola sewer project.

The Ohio EPA ordered the project done in 2012 due to high levels of nitrates in well water. The commissioners at the time voted not to follow the order, which led to the Ohio EPA suing the county. The original court order required the county to provide sewer connections to homes on Lawton Road by the end of 2020, with the remainder of the community to be connected by 2025.

According to the resolution, the OEPA/OWDA requires the government to pass legislation for application of a loan and the execution of an agreement as well as designating a dedicated repayment source. The repayment source will be wastewater revenues generated from sewer district customers.

Commission President Ron Feathers said the county has already received $560,000 for the pre-construction loan, most of which has already been spent.

“That was for phase 1, which was 30 percent…the first part of the engineering drawings,” Feathers explained. “This is for phase 2 and 3, all the way through completion.”

Pawloski asked if the funds would have application for low- to moderate-income families. Feathers replied these funds were just for hardware and infrastructure.

“This is for us turning over every rock, trying to find funding, other than your back pocket,” Feather added.

Pawloski’s wife, Marcia, said she hasn’t found anyone in Devola who wants the grinder pump station in their backyard. She referenced a letter to the editor which ran in The Marietta Times on Wednesday from former county commissioner Jim Meek. In the letter, Meek said he wouldn’t recommend a grinder pump system and that a qualified engineer would recommend a gravity flow system.

Marcia said the letter was “scary” and noted that the sewer system wasn’t going to be a short-term commitment.

“The cheapest…I’m sorry, my husband doesn’t like the word cheap… put the cheapest system in there and we’re going to have these things to ‘contend with,'” she said. “If one of these things goes down, we’re out $3,000.”

Feathers said this is why there is representative government.

“If Jim Meek wants to make these type of decisions, then I suggest he do like Mr. Schilling, Mr. Booth and Ms. Marshall (all current candidates for commission seats). They run for it,” he said. “It’s real easy being a keyboard hero sitting in your house talking about things 30 or 40 years ago.”

Along with keeping the cost down and the infrastructure destruction to a minimum, the commission has also looked into the fact that the homeowners wouldn’t have to take on any part of the project themselves, he said.

“The county owns the infrastructure. So if a grinder pump goes bad, and they will after eight to 10 years, the county comes in and puts a new one in,” Feathers explained. “It’s a 15-minute swap. In certain areas, gravity will work fine. In other areas it won’t.”

He said the commission has studied the project at length.

“I’m sorry you guys don’t like the decision, and I think the election of March 28 indicated that. So at the end of the day, until we get an injunction from the court that says stop, we’re moving forward,” Feathers added.

He added that at the end of the day, the homeowners would not have to contend with “17-feet deep pits tearing up every street in Devola” that be required with a gravity system.

Commissioner David White added that since “Mr. Meek has chosen to Monday morning quarterback this thing, to point out and remind people that he is directly himself responsible for many of the headaches we have in our sewer system today. He gave us that monstrosity that we have on the west side of the county.”

“I did not do that. I left office and the ones who came in after me put in the sewer,” Meek said when contacted Thursday evening.

Meek said if people want to know about the grinder pumps, they should ask those who have them and want them out.

Mary Grosklos, 82, of Devola, spoke to the commission about her concerns as well. She said she doesn’t know anything about the grinder system, but it didn’t sound good.

Feathers responded that the information was incorrect.

White said the pumps would be replaced by the county even if they are at the end of their life cycle, as long as they were not broken through misuse. Residents had been told by project engineers at a public meeting in January they would have to replace them.

Feathers said Devola residents would have a sewer bill and it will be upwards of $100.

“But ma’am, we didn’t do this to you. It was the guy who wrote the letter to the editor and the previous commissioners,” Feathers said. “We fought it for almost seven years. And lost. Now all we can do is manage it the best we can.”

Flite Freimann, director of Washington County Job and Family Services, spoke about how seniors and low-to-moderate income residents of Devola can be helped financially.

“We can help you in some way, with your monthly bill. I can’t tell you how much because at the end of the day, we still don’t know what that bill is going to be,” he said. “Realistically, we are 18 to 24 months from know what that’s going to be.” 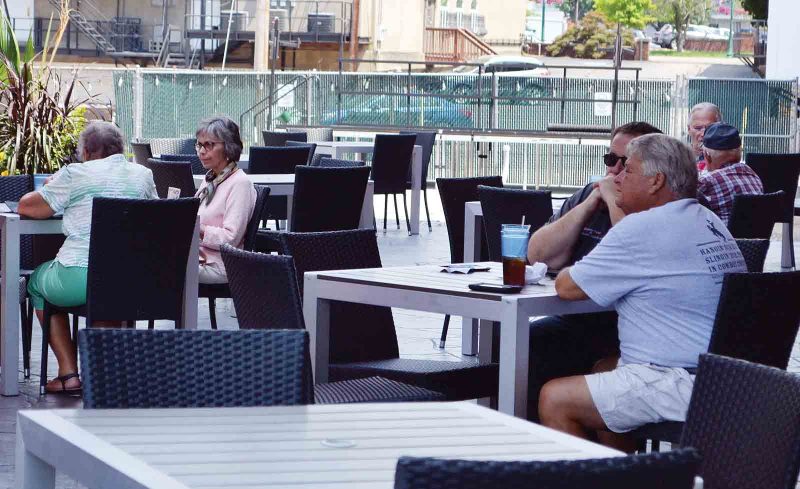 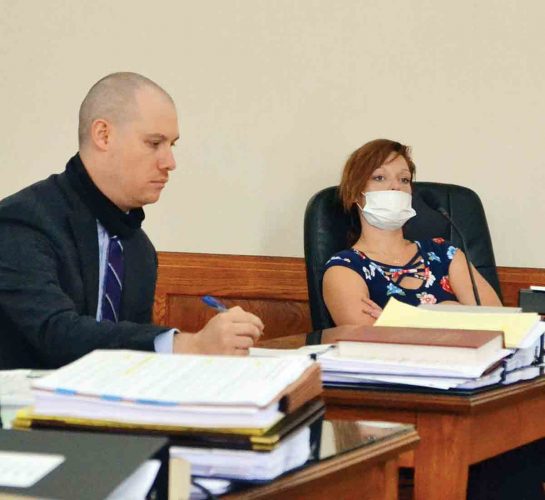 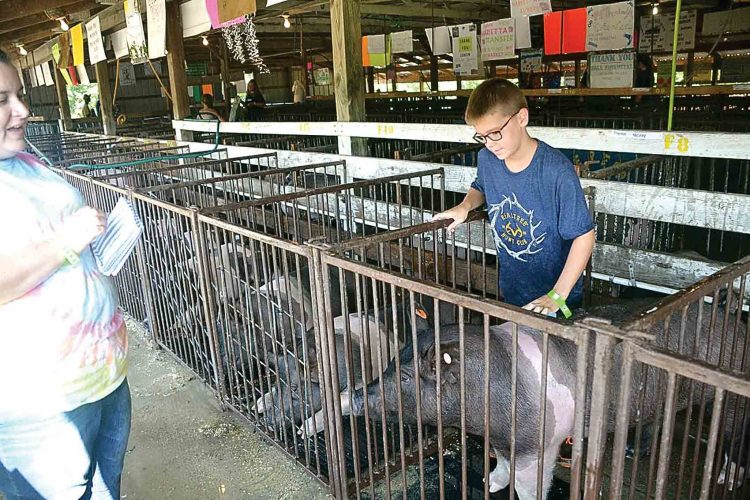