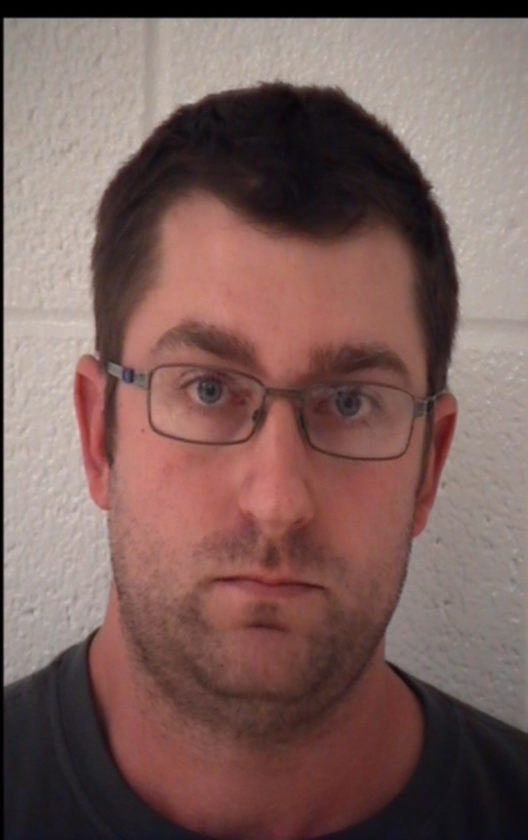 “This has been a joint investigation between the Marietta Police Department and our office,” said Mincks. “An off-duty MPD officer came across his truck today with the specific insignia we had been searching for and called it in to his superiors and our office.”

“The first report came in two months ago from a woman who had found this on her bottom and after cleaning it off in the bathroom had walked out to find him waiting and staring at her,” said Mincks. “She said he then took off and she followed him until he got in his truck and left.”

“The insignia on the side of the truck was a very distinct insignia for Yellowjacket Oilfiend Services which he works for in the area,” he said. “Then there was another incident this week with a separate woman which added to his description.”

With information from the victims’ accounts, personnel from both departments were able to identify and locate Blake and are now asking that any other women with similar stories contact the sheriff’s office.

“Tonight our detectives approached him as he and his wife were on their way to dinner…and arrested him,” said Mincks.

Blake allegedly used three of the company’s trucks, all 2014 Fords, one black, one white and the third brown.

Mincks said Blake is being held in the Washington County Jail without bond until his arraignment on Tuesday and will be facing three felony charges including a menacing charge.

Blake has no prior criminal record relating to sex crimes according to Mincks, but did have one charge for theft from 2008.

Reports/Marietta - Officers were dispatched July 10 to 216 Elm St. in reference to a fight. Upon arrival, officers ...

Reports/Washington County A deputy conducted an investigation on Wednesday into a stolen rototiller. This case ...

Many questions regarding fracking facility still need to be answered