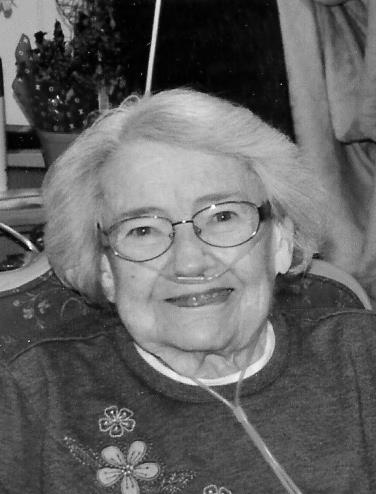 L. Edna “Granny” Stringer, 97, of Beverly, Ohio, died Tuesday, April 4, 2017 at Muskingum Valley Skilled Nursing and Rehabilitation. She was born on June 20, 1919 in Marietta, Ohio, daughter of Martin and Mary Dipple Morrison. She retired from the Beverly Post Office after 35 years of service. She was a member and past Worthy Matron of the Order of Eastern Star #506 at Beverly. She was married September 5, 1934 to Berl Winfred Stringer who died on October 31, 2004. She is survived by two daughters, Nancy Brooks and husband Wayne of Beverly and Mary Conner of Beverly; six grandchildren, Brad Brooks (Rosanne) of Beverly, Stacey Brooks of Beverly, Lori Ginther (Dan) of Beverly, Kristin Grashel (Brian) of Delaware, Ohio, Catherine Conner (Stefan Bethke) of Hamburg, Germany and Caroline Conner of Oakland, Cal.; Ten great grandchildren and seven great great grandchildren; daughter in law, Sarah Stringer of Columbus, Ohio; granddaughter in law, Bobbi Brooks of Beverly; She was preceded in death by her husband; parents; a son, Edwin “Mick” Stringer; a grandson, Kenn Brooks; and two sisters.

Funeral services will be held at 11 a.m. on Thursday, April 6, 2017 at McCurdy Funeral Home in Beverly, with Evang. Zack Waite officiating. Burial will be in Beverly Cemetery. Friends may call 4-7 pm on Wednesday. An Eastern Star service will be held at 5 p.m. on Wednesday. In lieu of flowers donations may be made to the Beverly-Waterford Rescue Squad. Online condolences may be made by visiting www.mccurdyfh.com.