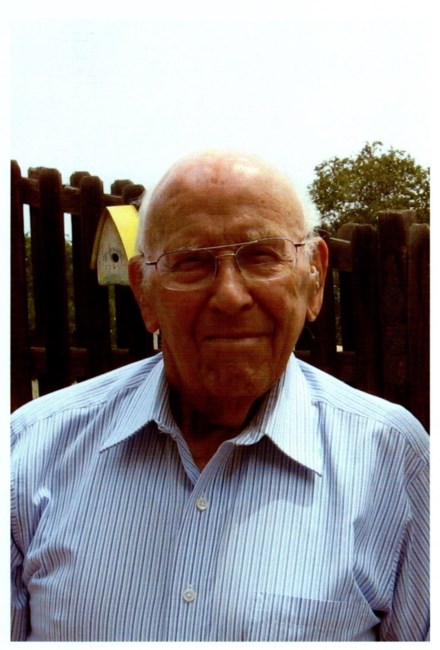 Eugene Walter Haskins was born in the old St. Mary’s hospital, October 24, 1922. He grew up in the Pomona area, attended Pomona School through 10th grade, and graduated from Grand Junction High School in 1940. He attended Ross Business School, Grand Junction; worked for Shenandoah-Dives Mining Company, Silverton, Colorado, riding in a conveyor bucket high across the valley; worked at the Uravan Metal Reserve; and as part of the early war effort attended government aircraft mechanic school in Sandy, Utah, and reconditioned aircraft engines at Hill Field, which became Hill Air Force Base in Ogden, Utah.

In December 1942, Gene joined the United States Army Air Corps. He did basic training in Clearwater, Florida; attended cryptography school in Pawling, New York; and overseas training at Atlantic City, New Jersey. In July 1943, he shipped out on the RMS Queen Mary to England where he was stationed with the 305th Bomber Group, Kettering, England, with the position of Cryptographic Technician. From May 1945 Sgt. Gene Haskins was stationed at St. Tron, the West Point of Belgium, until October 1945, when he sailed from La Havre, France, to New York on a Swedish vessel.

U.S. Vanadium became Union Carbide and Carbon Corporation where his career expanded 42 years. In 1962 Gene was asked to transfer and the family moved to King City, CA. Two and a half years later another transfer to Marietta, OH, where they resided until 1981 when asked to return to the Grand Junction office. In 1978, Gene was sent to Pretoria, South Africa, to set up an accounting system for the Union Carbide plant at Bonacorde, and in 1982 he was sent to Walnut Creek, CA, for six months working for the Linde Division of Union Carbide in the San Francisco office. After retirement in 1985 he volunteered with the Volunteer Income Tax Association for several years.

Retirement provided opportunities for traveling, gardening, and fishing, but Gene was happiest when surround by his family: Donna; their three sons, Mark (Leslie) of Charlottesville, VA, Curt (Lorraine) of Whitewater, CO, and Rick (Wendy) of Albuquerque, NM; grandchildren, Meredith Woodard and Greg Haskins; and six great-granddaughters, Kylie, Kate, Mia, and Harper Haskins, and Allison and Jillian Woodard. His “second best days” were trout fishing trips to Grand Mesa, provided by his sons, even into his 90s. His work in South Africa prompted three more visits to see lifetime friends they made on their first trip.

Gene was a 36-year member of the First Baptist Church, Grand Junction, where he was active in the affairs of the church. As a Christian, he believed that death meant “absent from the body, present with the Lord,” where he will spend eternity with his Savior Jesus Christ.

He and Donna enjoyed overseas travel until age caught up with them. They will celebrate his 97th birthday and their 71st wedding anniversary this month.

Gene was preceded in death by this parents, Herbert C. Haskins and Rose Koch Haskins; and a young brother, Stanley Roger Haskins. In lieu of flowers, donations may be made to HopeWest Hospice or First Baptist Church