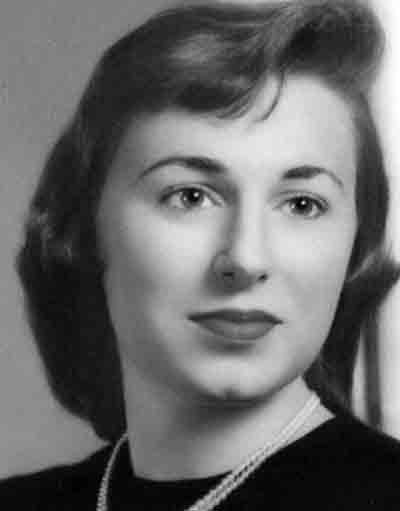 Joan Quinett (Clark) High, 79, of Mansfield, Ohio, passed away on Sunday, November 24th after a 5-year battle with cancer.

Joan (or Joanie to friends and family) was born on April 18th, 1940 in Morgan County, Ohio to Russell E. and Zelda K. (Wiley) Clark. She was raised in Beverly, OH and graduated from Fort Frye High School in Beverly in 1958, whereupon Joan was recruited to work for the FBI in Washington DC. She went on to become a Nurse and married her husband of 53 years, Ronald Allen High in 1966.

She and her husband had lived in Mansfield since 1979 where she was a proud stay-at-home Mom for many years and later renewed her license and worked at Wedgewood Estates in Mansfield as a Nurse for 22 years, working there nearly up to her passing.

High is also survived by her sister and brother-in-law, Peggy and Frank Kearney of Columbus, OH; along with many beloved nieces, nephews, great nieces, great nephews, cousins and in-laws.

She was preceded in death by her husband, her parents, and her brother, Jack Clark.

Known for her kindness and strong work ethic, Joan was a deeply spiritual woman and a devoted wife, mother and grandmother. She treasured her many family and friends and took great pride in her work and care for others.

A graveside service will be held at noon on Saturday, December 7th, 2019 at the Smith Chapel in Beverly, Ohio.

In lieu of flowers donations may be made in her name to the American Cancer Society at www.cancer.org.

Werner-Gompf Funeral Services Ltd. assisted the family with the arrangements.