Pioneer women cagers rally back for a 70-67 home win 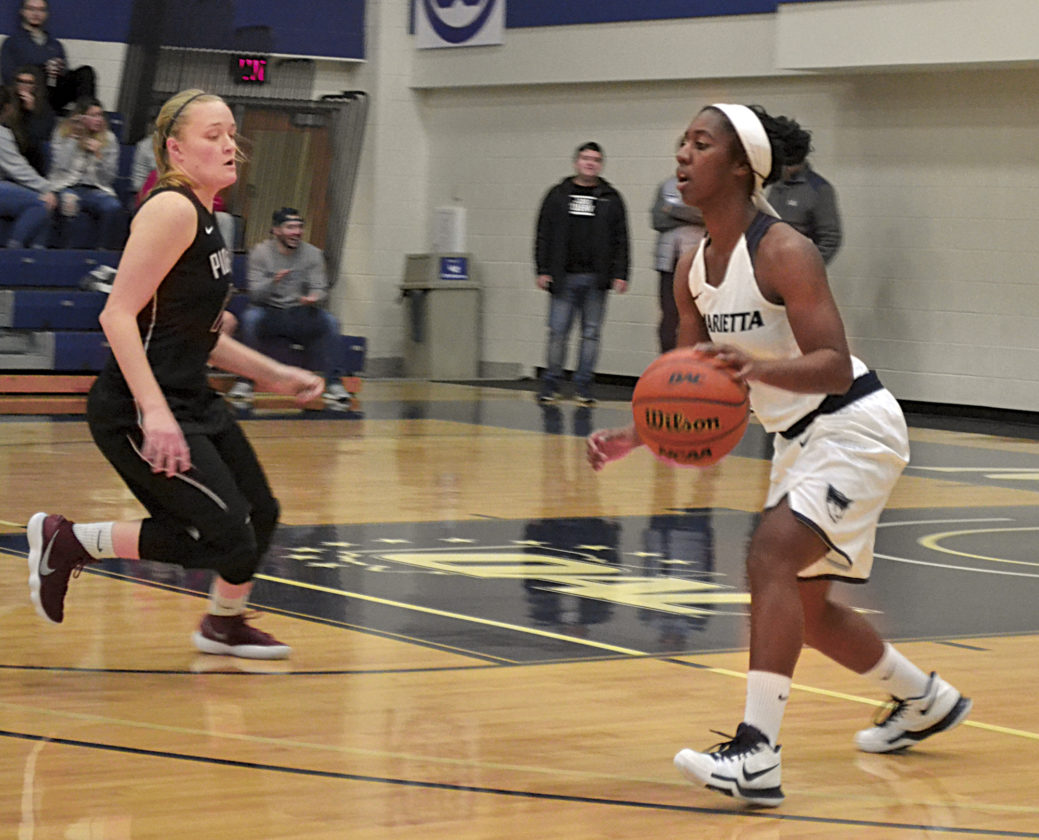 Marietta College was down big early on — but not for long.

Trailing by 17 points in the second quarter, the MC Pioneers came back to post a 70-67 triumph over the Transylvania College Pioneers in non-conference women’s basketball action Sunday afternoon at Ban Johnson Arena.

“We came out and we weren’t ready to go like they were ready to go,” said MC head coach Kole Vivian. “After that, we got some good performances from Corrie (Burkhardt), Alexis (Enochs), Amisha (Herd), and the bench.”

“It was nice that we found our footing after the first quarter,” the coach added.

“My teammates made it possible for me,” said the 6-foot-1 Enochs, a former Fort Frye Cadet. “Our guards were looking for the post players.”

“Amisha is so good with the ball in her hands,” Vivian said. “She finds people.”

“We’ve been talking the past few days about how good of a team they (Transylvania) are,” Vivian said. “They’re picked to win their league. They’re talented and well-coached.”

Sparked by Kline, Boyle and Woodard, Transylvania staked itself to a 22-8 first-quarter advantage.

Early in the second period, Boyle drained a three to give TC a 17-point lead.

The momentum switched, though, after Burkhardt stole the ball and scored. That helped ignite a 16-0 run, which reduced the deficit to one.

“After that first quarter, we got it all together, we were able to step up our defense and offense, each and everyone of us,” Burkhardt said. “Our bench was a big part of it.”

“We talked about controlling the boards and taking away their three-pointers,” Vivian said. “We kept our composure, and then we kind of got on a run.”

TC halted the MC run on Zenoviah Walker’s three, but then it resumed again when Herd knocked down another three and Enochs had another bucket to give Marietta its first lead of the contest, 29-28, also the halftime score.

After the intermission, Marietta maintained the advantage and never looked back. At the end of three, MC led 53-43.

Transylvania kept battling, though, and was able to cut it to three late in the fourth stanza. But Marietta was able to keep the visitors from Pennsylvania at bay and sealed the deal.

“The team stepped up, and we did what we had to do,” Enochs said.

Added Vivian, “Once we get rolling, we can keep it rolling. Just have to have a better start to the game.”