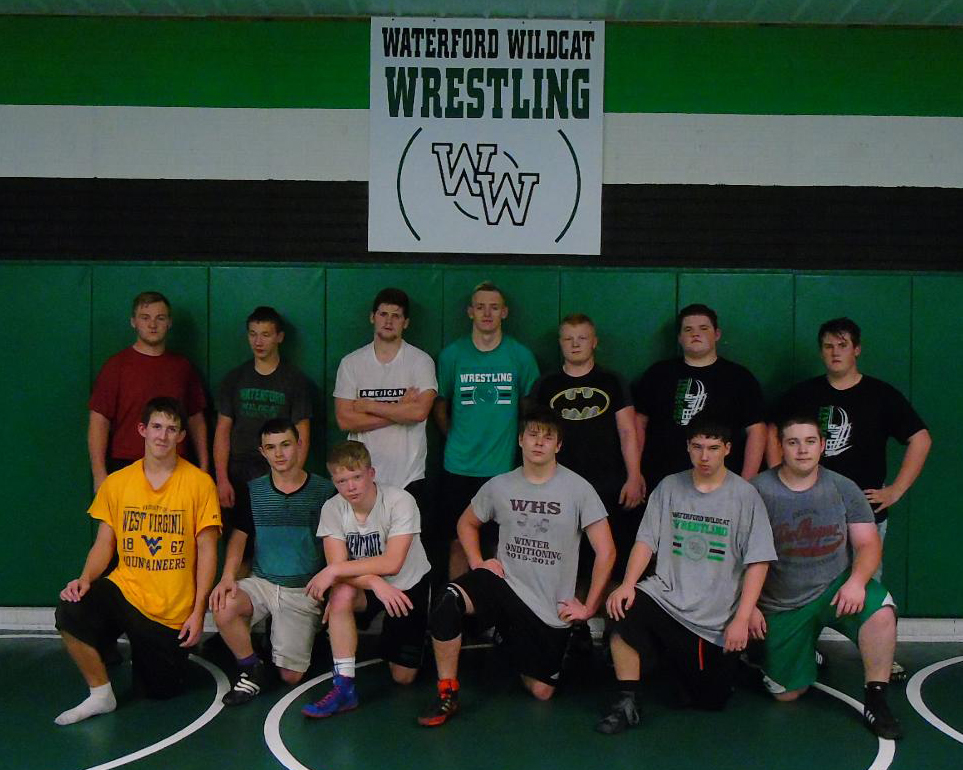 Courtesy photo The Waterford wrestling team poses for a photo during a practice session at Waterford High School.

WATERFORD — Here’s a real matslapper for grappling fans in the Mid-Ohio Valley.

This winter will mark a half century of wrestling at Waterford High.

“This is a big year for us,” said WHS grappling coach Greg Offenberger. “We are celebrating our 50th season of wrestling.”

And, what better way to celebrate than by fielding nearly a full squad.

“We have pretty good numbers this year and a lot of underclassmen,” Offenberger said.

“The guys are working hard in the room and getting better every day,” Offenberger said.

Waterford is scheduled to wrestle in a preview at Morgan High the day after Thanksgiving, and will open up regular-season competition Dec. 9 at the Warren invite.

“I expect us to compete for some wins in duals this year and will be really surprised if there aren’t 3-4 at districts,” Greg Offenberger said. “The future looks bright in Wildcat Country.”