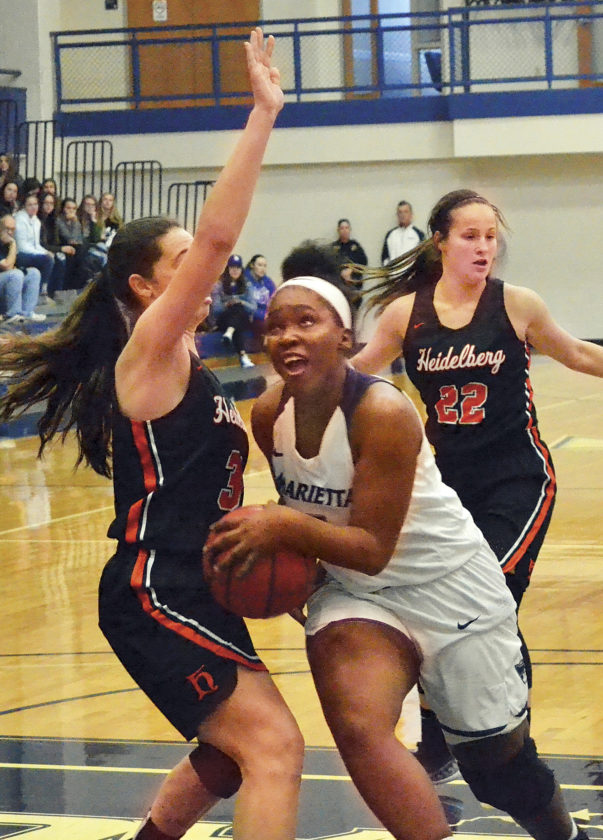 MARIETTA — Marietta College went from sweet to sour in the first week of the New Year.

“Heidelberg wanted it more than us,” said MC head coach Kole Vivian. “We didn’t battle as hard as they did.”

Marietta (9-4 overall, 4-2 OAC) played its second straight game without starter Corrie Burkhardt, who was in Hawaii on a college course-related class.

“Corrie’s really, really good, but we have a lot of other really good players,” Vivian said. “So, we have to play better than that.”

The Pioneers were paced by Alexis Enochs, who scored a career-high 27 points and grabbed 9 rebounds. Cheyenne Barker and Bailee Brooks each netted 9 markers while Jo Herd-Middlebrooks tallied 8 points and collected 9 caroms.

Heidelberg (7-6, 3-3) was led by Alyssa Riley and Madelyn Crawford, who scored 20 and 19 points, respectively. Crawford also grabbed a game-high 15 boards. Brooke Beamer chipped in with 17 markers.

“The last three days in practice have been the best we’ve had all season,” said HU boss Morgan Harrigan. “We came in with a focus and only allowing 25 points in the first half defensively just reiterated what we’ve been focusing on. And it was just a complete team win. It’s very exciting for us.”

“In our two games combined last year, they (Pioneers) had 62 points off of our turnovers,” Harrigan said.

In the first half, Riley and Crawford combined for 21 points to stake Heidelberg to a 31-25 advantage. The first 20 minutes of play featured seven lead changes and one tie.

Late in the second quarter, the Berg took a nine-point advantage on a Crawford bucket.

But in the third period, MC rallied and regained the advantage, 36-35, on a drive and score by Herd-Middlebrooks at the 5:45 mark. Then, it was nip and tuck until Shay Lett drained a 3-point buzzer beater to give the Pioneers a 50-47 lead going into the final 10 minutes of action.

Early in the fourth stanza, HU grabbed the lead (54-53) again on Beamer’s triple and never looked back. Down the stretch, the Berg converted enough free-throws to keep the Pioneers at bay.

“We’re trying to make some noise in 2019,” Harrigan said. “Our girls are playing for each other. They play hard, and nobody cares who gets the credit — and that’s a good thing to have.” 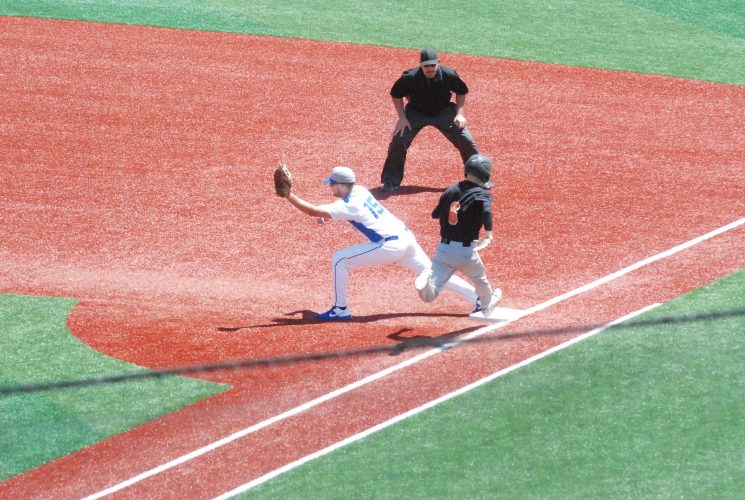 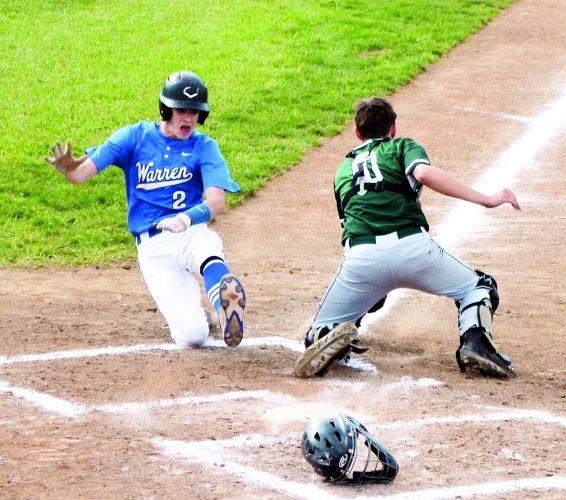 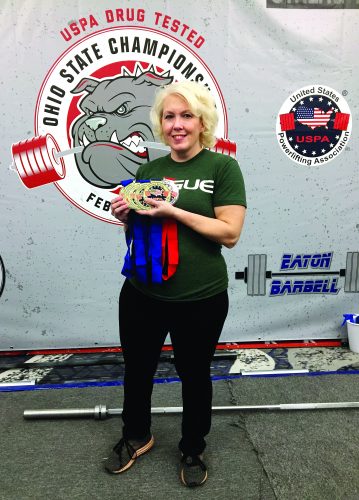