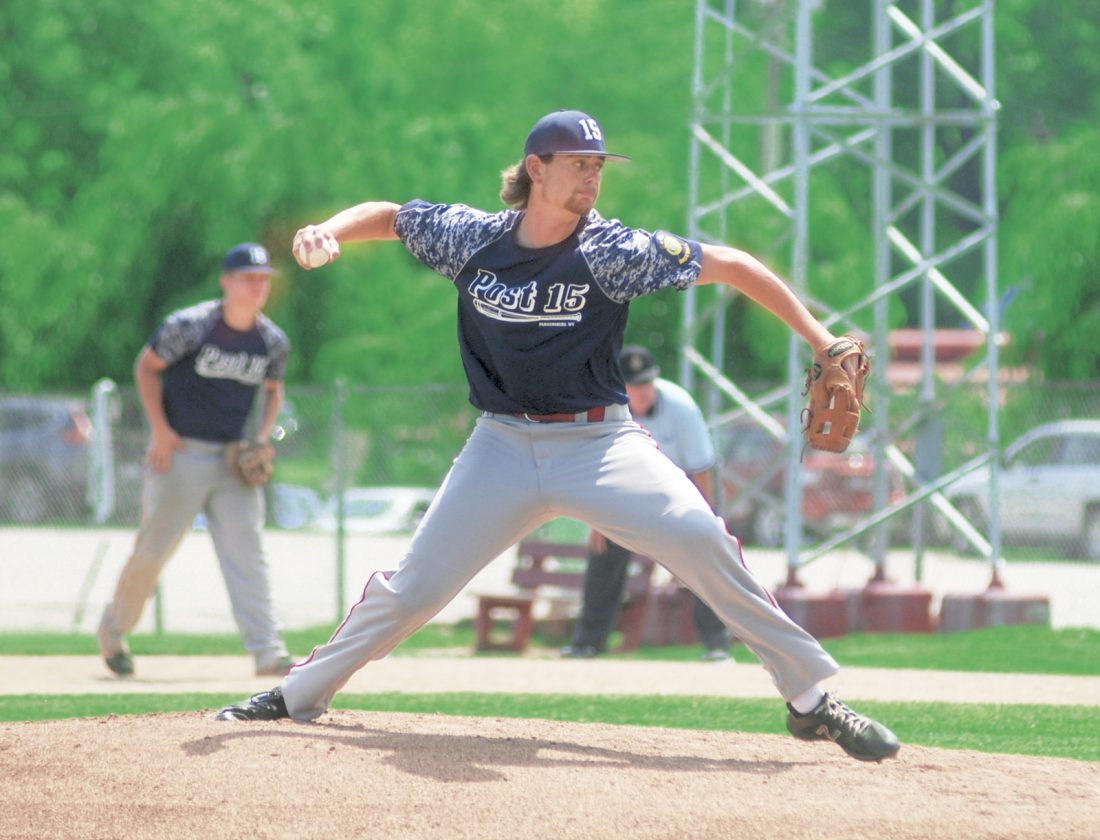 “The key for us is to not think about last year and I’ve told them that already,” stressed Goodwin, who is being assisted by Jeff Thompson and Joe Riley. “I don’t want to talk about that. Last year is old news

“We have to prove ourselves again this year. If we play the fundamentals like we can, we should have a decent year. You have to get a little bit of luck along the way. I am confident we can have a good year and I’m hopeful that we can make it a long way again.”

In 2018, Post 15 finished with a 26-14 record, won the state tournament for the first time since 1970 and advanced to the Mid-Atlantic Regional in Asheboro, N.C. At the regional, Post 15 went 1-2 and defeated the North Carolina state champion.

“Everybody and their brother wanted to play us this year,” Goodwin added. “I turned away eight to 10 teams.”

Leading the charge for the locals this season will be a pitching staff that features Glenville State’s Chase Swain (Ravenswood), Alderson Broaddus’ Bradan Mullenix (Williamstown), Parkersburg South’s Colin Bryant and Williamstown’s Cullen Cutright, who is off to play for the Battlers of AB.

Cutright is the reigning Little Kanawha Conference Player of the Year and Swain won the award last spring.

“Chase Swain is the most experienced, biggest, strongest kid and best pitcher on the team,” said the manager.

“Last year we only had three teams and this year we have five teams,” said Goodwin, whose program also must compete against Charleston Post 20 and Ceredo-Kenova Post 93. “Legion baseball is definitely coming back in West Virginia.”

Todd Burner, a Class AAA first team all-stater a year ago at Parkersburg South who is playing at W.Va. Wesleyan, will handle shortstop duties and also play some second base.

Parkersburg Big Red Max Anderson, who inked with Division I JUCO Harford Community College, will see time in right field and on the bump.

Post 15 is set to open the campaign at 1 p.m. Saturday with a home twinbill at Bennett Stump Field against Cambridge Post 64.

“Cambridge is a solid ball club and Ron Antill has a good program up there,” Goodwin admitted. “I feel confident that we are going to be in two competitive games against them and I’ll be very happy if we can start out with two wins.”

However, getting one win could be a challenge as Post 15 isn’t going to be anywhere near full strength.

“We are going to be down to 10-12 kids this weekend because they are going down on a senior trip. I will not have a full team for about a week,” Goodwin continued. “But, I have to be flexible with these kids because they need to go on vacation. In the meanwhile, we have to play ball.”

On Sunday, Post 15 also will be back inside City Park as Moundsville Post 3 invades for a 1 p.m. doubleheader.

“I am excited,” Goodwin said. “I like being off the radar like we were last year, but I’m encouraged that we will have a really good year. I wasn’t born yesterday. We have to take it one game at a time.”