Jim Asbury running to get back in shape 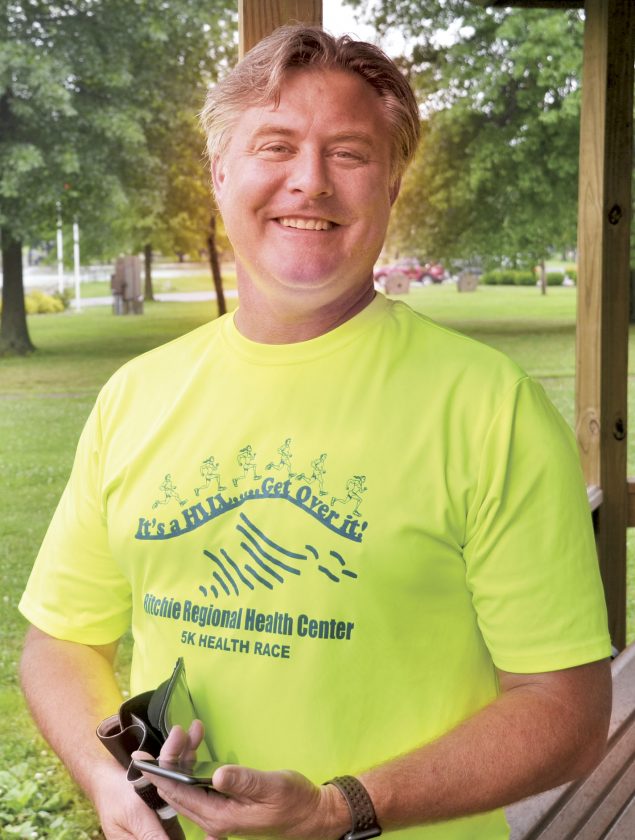 PARKERSBURG — Jim Asbury has been running in the Parkersburg News and Sentinel Half Marathon on and off for the last 10 years.

“It was my first race,” said the 49-year-old Vienna resident. “I work at Solvay in Marietta, and it was there I actually got interested in running, because there’s a large group there that runs.”

Buoyed by those times, Asbury had high expectations for future runs in the 13.1-mile distance.

“Everytime I’d build up for it, I’d get an injury of some sort.”

“I’d also always wanted to run a marathon, but I could never stay healthy,” he continued. “I’d start training, and then I’d hurt my calf or something.”

“Now, I’m not running against the clock,” Asbury said. “I’m just trying to get back into shape, lose a little bit of weight, and run for fun.”

A 1989 Parkersburg High grad, Asbury played some football for Buddy James and wrestled at 132 for Joe Handlan.

“I was a lot lighter than,” he said, laughing.

“I did the 100 and hurdles,” he recalled. “Anything over 400 was more than I ever envisioned myself wanting to run.”

Fast-forward to the present, Asbury said he had his “knee scoped” last year. But there he was, at City Park Monday at 5 p.m. for a training session for this year’s Half.

“I haven’t run with the runner’s club that much recently,” Asbury said. “It’s nice to come out just to see some old faces.

“It’s really the only time I run here in City Park. I usually train in Vienna.”

“It’s good exercise,” he said. “The competitive piece of it has probably escaped me for now. My goal now is just to finish the race.”