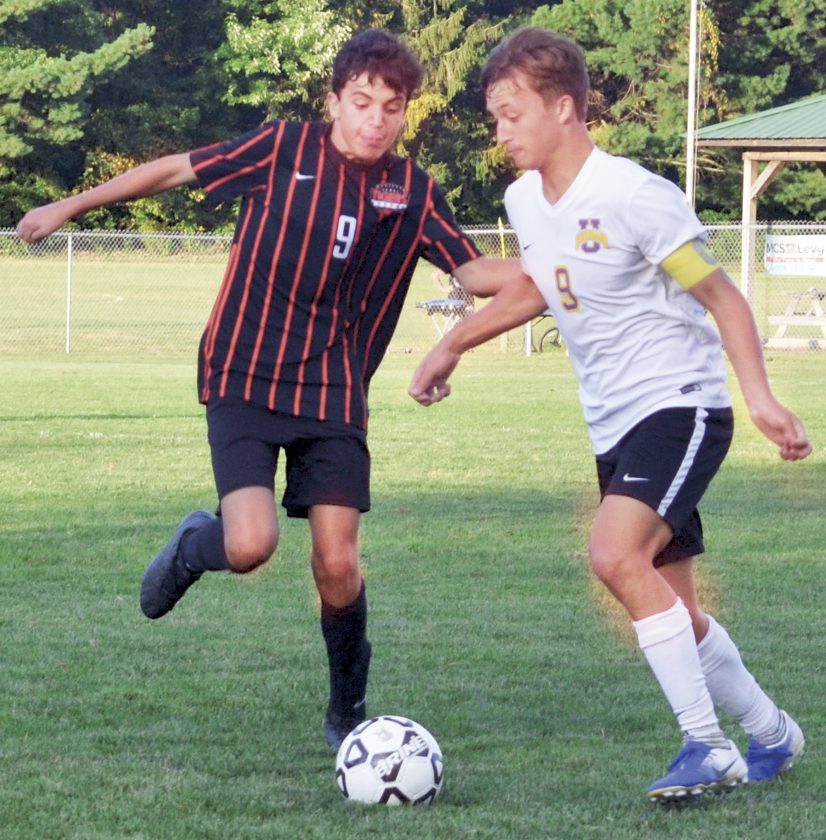 The Tigers scored four goals in the opening half and four after the break en route to an 8-0 triumph over visiting Unioto Saturday in boys’ soccer action at Jerry Brock Field.

“Fantastic,” said MHS co-captain Jake Craven, who scored the Tigers’ first two goals. “We definitely have a very good team this year, from defense all the way up to offense. We just work the ball so well through everybody.”

MHS, No. 9-ranked in OHSAA Division II with an 8-0-1 overall record, also got two goals from Ryan Mannix and one apiece from Cade Gandor, Sean Fournier, Jackson Graham, and Gabe Sloter. Kamden Lankford, Fournier, and Mannix each had an assist. Mannix’s was a head assist.

Tiger keepers’ Justin LaBarre and Ryley Warner combined to make three saves and were credited with a clean sheet.

“We’ve been consistent, which is always a big factor,” said Marietta head coach Todd Morris. “This group has almost taken like a business-like approach game by game.

“We know that our quality should lead us to be the better team on the field, and we should have results like this.”

The Brandon Hanes-coached Unioto Shermans (7-3-0) were in a defensive posture for much of the match. Vijay Wangui, who had a 6-goal match against Westfall earlier in the week, had one good look and direct kick on goal, but LaBarre made the save.

That actually occurred shortly after Craven staked the Tigers to a 1-0 advantage, with Lankford assisting, in the fifth minute of play. On the goal, Craven angled a hard, low shot past Unioto keeper Micah Geise.

“I favor my left, you could say, but I just knew I had to hit it as hard as I could,” Craven said. “I was aiming for the front post, and I got it. I was happy with that.”

Craven’s score seemed to open up the floodgates as he followed up with another goal to make it 2-0. Then, Mannix got a nice feed from Fournier and put it in the back of the net to stretch the Tiger advantage to 3-0.

With 15:49 on the clock, Fournier crossed the ball from the right wing to Mannix, who headed the ball into the goal mouth, where Gandor was perfectly positioned to head it home to make it 4-0, also the halftime score.

Sixteen seconds into the second half, Marietta’s lead bulged to 5-0 when Mannix capitalized on a Sherman defensive lapse and beat Geise with a shot, his team-high 17th goal of the campaign.

Then, Fournier, with some clever footwork and speed, got an unassisted goal to make it 6-0 with 34:47 left in the match.

Rounding out the scoring, Graham and Sloter each got their first goal of the season.

“I’m happy with where we’re at and where we’re going,” Morris said. “We’re playing a great style which is fun to watch — and we’re getting everybody involved.”