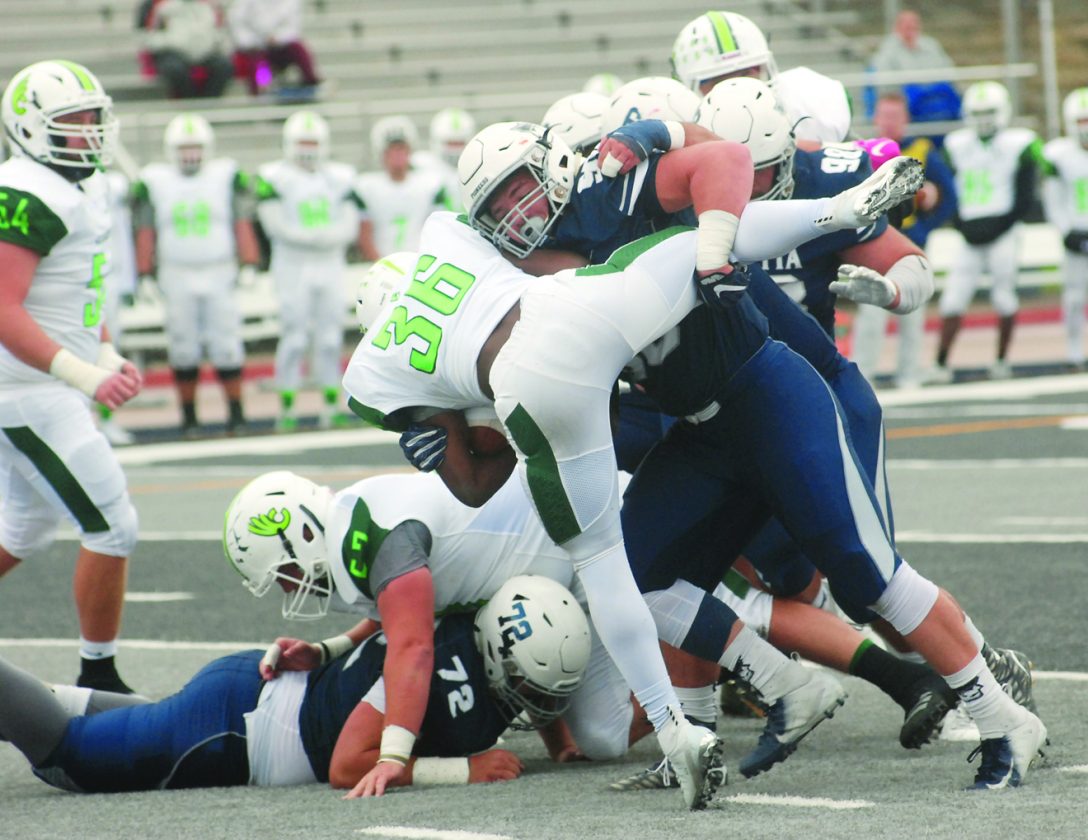 Photo by Jordan Holland Marietta College’s Kyle Gallagher takes down a Wilmington ball-carrier during a college football game last season at Don Drumm Stadium. Gallagher and the rest of the defense leads the Pioneers into Saturday’s 7 p.m. kick-off at Capital.

COLUMBUS — Marietta College is coming off its first shutout since 2004.

The Pioneers defeated Hiram 41-0 last Saturday to open the season. This Saturday, they’ll visit Capital for a 7 p.m. kickoff in an Ohio Athletic Conference opener for both teams. The Crusaders put up 50 points against Marietta last year, so head coach Andy Waddle is hoping for another great performance from his defense.

“There were some things, we felt like there were still areas for improvement,” Waddle said of the week one shutout. “However, on the scoreboard, you’re not going to do better than zero.”

Capital struggled offensively in week one, losing to Westminster 66-7. The Crusaders turned the ball over six times, including five via interceptions. Mitchell Machock, Andrew Ray and Justin McClelland all took center snaps for Capital. Machock threw the team’s lone touchdown.

Waddle, whose team forced a pair of turnovers last week, isn’t necessarily putting extra emphasis on forcing turnovers against Capital, but rather taking advantage of opportunities.

“We want to make gamechanging plays on defense, offense and special teams every week,” Waddle said. “Westminster obviously was able to do some spectacular things with their defense. I’m sure Capital is working on getting those things corrected as well. We have to make plays when we have the opportunities. I don’t want guys to do things they shouldn’t do just to make a big play happen.”

In his first collegiate start, Marietta quarterback Kyle McSweeney was impressive. The senior was 21 for 34 for 217 yards and four touchdowns through the air. He threw one interception, Marietta’s only turnover of the contest.

“Kyle did some good things,” Waddle said. “Not everything he did was perfect. There were a few plays he would’ve liked to have executed better. He’s good about getting us in out of the checks we we’re in. He threw, I think, four touchdowns and had one dropped, so overall he was solid.”

Marietta entered the season opener banged up, and while some guys are getting healthier, others have been added to the injury list. Like last week, Waddle is counting on the team’s depth.

“I think we’ve got some depth at some positions for sure,” he said. “As you lose a guy here or there, you’re really glad you have depth.”

Under the guidance of head coach Chad Rogosheske, Capital will be looking to bounce back in its home opener. Expect a heavy dose of running back Evan Butler, who carried 14 times for 95 yards. Despite what the final score read, Capital was able to some things successfully on offense.

“If you look at their game against Westminster, if you only look at the score, it was a lot more lopsided than what the stats were,” Waddle said. “They moved the ball. They were able to run ball. We have to be aware of those things.”

Capital also has a threat at wide receiver is David Barnett, a three-time All-OAC honoree. Last year, Barnett torched Marietta for 225 yards on 12 catches in a 51-50 Marietta win. So, Marietta’s defense will be tested.

“It’s real important we go out and play well and continue to take steps in right direction,” Waddle said.