Warren’s Abby Gilliand spikes the ball while River Valley’s Madison Hall goes up for a block attempt at the net during the Warriors’ 3-2 Divison II sectional opening round win against the Raiders Monday night in Vincent. Photo by Tyler Bennett 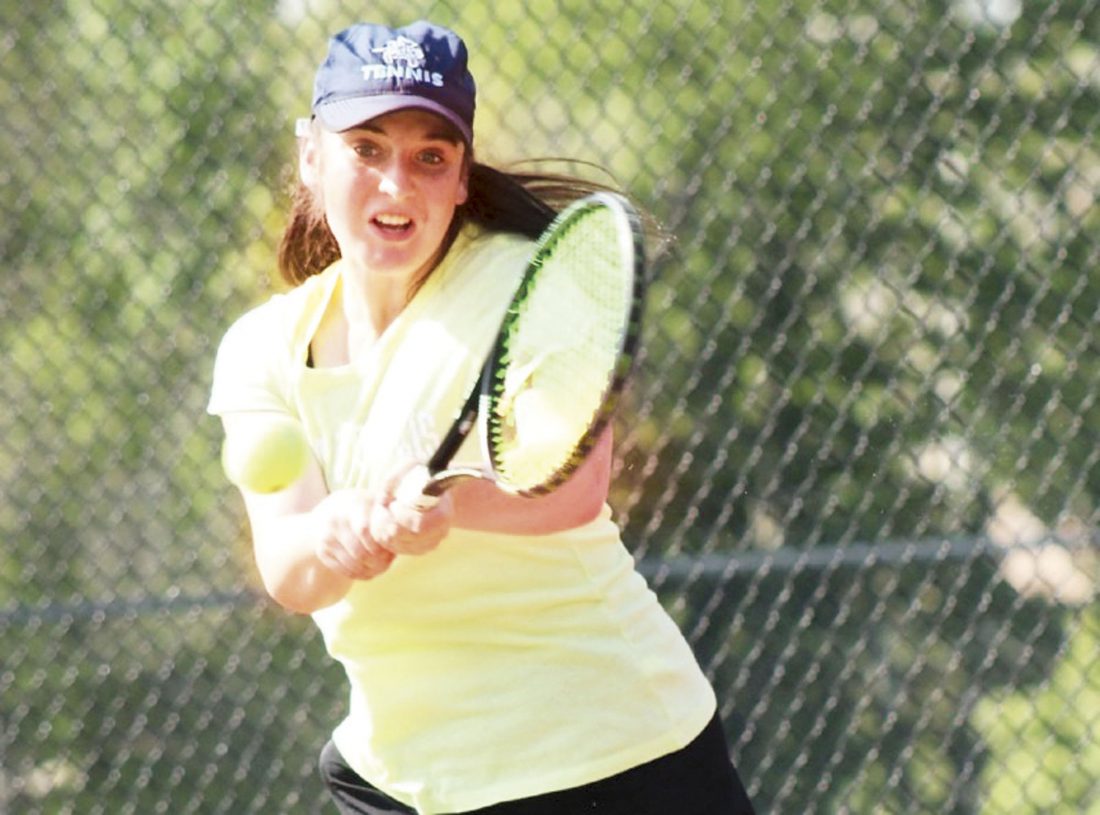 PARKERSBURG — “OK, fine” were the words Marie Discini delivered to her mother Lorri when the latter suggested her daughter honor her June 28 unofficial recruiting visit commitment to St. Francis University.

The small, private Pennsylvania-based school became institution No. 15 on the Crusader’s list.

On top of this fact, Discini believed the trip just north of Johnstown would be similar to her visit to D-I Mount St. Marys.

Then to ratchet up the importance of the pitch more, Swope competed with Discini having narrowed down her top two to West Virginia University and Wright State. 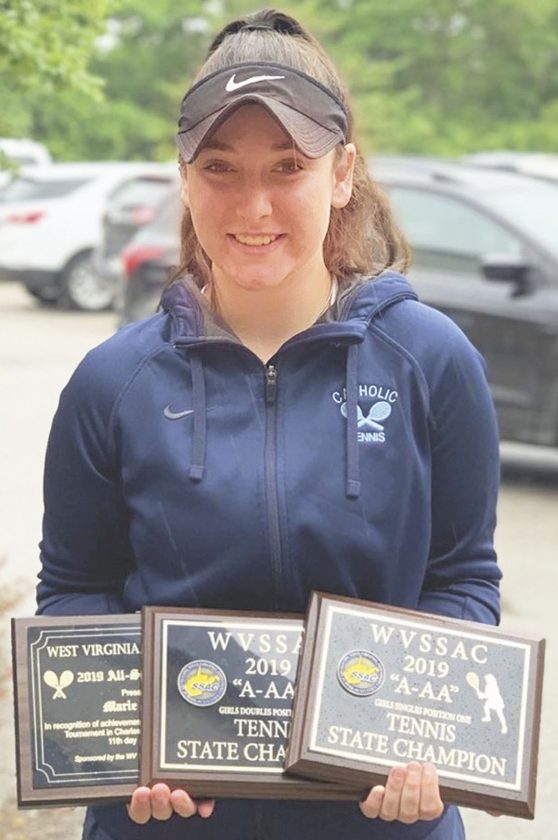 Mountaineer head coach Miha Lisac made a convincing pitch over two three-hour conversations in Morgantown, including a lunch with the discussion of expectations. Wright State then had a leg up as one of her friends committed and most of the Raiders’ team was from Michigan and Ohio. Many of the young ladies whom Marie had faced during United States Tennis Association events.

“I really could have seen myself going to either school,” said Marie.

WVU however fell by the wayside after the USTA Midwest Closed. “The expectations were high and I could have met them, but I didn’t want to be on a plane every weekend going to Oklahoma and Texas,” she said.

The Crusader senior remained unhappy on the car ride to St. Francis with father Jason. Swope started her pitch off on a high-note though. She appealed to Discini’s desire to focus on her education.

Jason loved the pitch immediately but Marie wasn’t yet sold. The tides of change began blowing though when Swope won a kind of double jackpot.

“I really wanted a female coach and she went to the University of Akron to play tennis. And my intended major was political science and she is a lawyer,” said Marie. This was a win-win in terms of essentially having two academic advisers.

One trip around campus later found Marie back in Swope’s office at the end of the day for more good news. “She said ‘I want you and here is my offer,” said Marie, on the unusual move on the unofficial visit. This extension held weight as private school offers are four-year guarantees. Public schools don’t have to remain consistent from season to season.

Wright State added its offer one week later, but with a huge caveat. “Coach Eric Burns told me here is your offer and we want you here in the spring and by the way I am leaving to coach at Northern Illinois,” she said.

“It was a huge letdown and I really loved Wright State and him as a coach but to go through the process again with an interim and then new coach I just couldn’t do that.”

Swope never lost contact after the unofficial visit. She called Marie and made a formal offer through email. It was clear she was ‘dead set on me.’

Discini pondered over the information until her commitment during her Aug. 30 official visit.

St. Francis plays in the Northeastern Conference, which means Discini will be eligible to qualify for the NCAA National Championships.

“For me it is a big accomplishment because no one in this area has gone Division I in a long time,” said Marie. “It is going to be a lot of pressure with academics and athletics, but I am ready for it.”