Pioneers look to bounce back from first loss 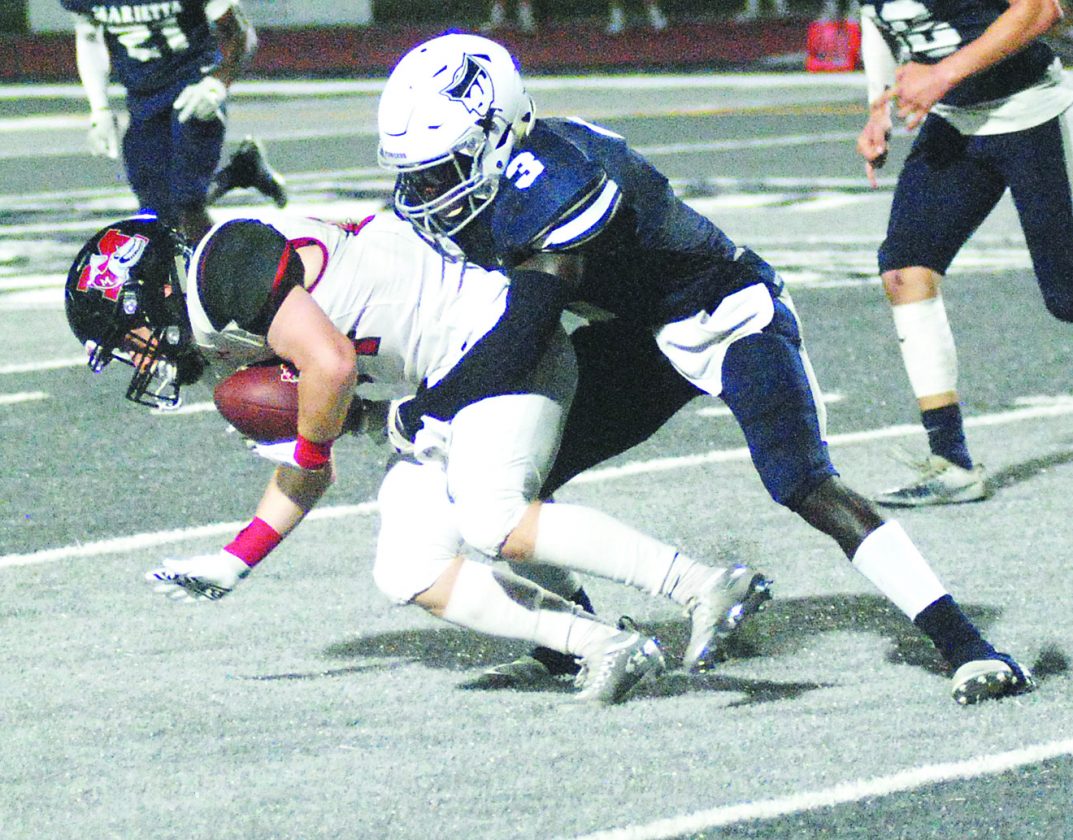 Marietta College suffered its first setback of the 2019 season last Saturday at the hands of Ohio Northern, 31-23.

This week, the Pioneers (3-1, 2-1 Ohio Athletic Conference) will look to bounce back with Heidelberg coming to town Saturday for a 2 p.m. kickoff at Don Drumm Stadium. It’s Marietta’s homecoming game, so expect a fired up Pioneer team and crowd.

“We struggled a little on both the offensive and defensive line of scrimmage,” Marietta head coach Andy Waddle said following last week’s loss. “When they get the push that they got with the quality of running back they have, it extended drives and put stress on us. On the flip side, we weren’t able to get that same kind of push and I think that was the difference.”

Just as the Polar Bears did, Heidelberg will provide Marietta with a significant challenge. The Student Princes (3-1, 2-1) will be well rested coming off their bye week. Most recently, the ‘Berg dropped a nail-biting 34-33 setback to Baldwin Wallace. Prior to that, Heidelberg claimed three straight blowout victories to open the season.

Like Heidelberg, Marietta won its first three games before falling to ONU. Tanner Clark is the OAC’s leading rusher and has been the focal point of Marietta’s offense. The senior running back has 577 yards and eight touchdowns in four games, both tops in the league. It presents an interesting matchup with Heidelberg’s defense, which has allowed 73.3 rushing yards per game so far, the lowest in the OAC.

Still, don’t expect Marietta to go away from its strengths. Clark rushed for 140 yards and two touchdowns last week, and the Pioneers will need another big game from him versus Heidelberg.

Also look for Marietta to get quarterback Kyle McSweeney into a rhythm early. The senior QB is 62 for 100 this season with 681 yards, nine touchdowns and four interceptions.

The ‘Berg defense, which has allowed just 14.3 points per game, is led by Tramon Wiley’s four interceptions. The pass rush duo of Zachary Blackiston and Verondtae Wilkinson has 2 1/2 sacks apiece.

Heidelberg, led by head coach Scott Donaldson, has shown few weaknesses thus far in the season, but expect a well prepared and fired up Pioneer squad to give the Student Princes all they can handle.

Marietta defeated Heidelberg 38-34 last year in Tiffin and 44-21 in 2017 at Don Drumm. Prior to that, Heidelberg had won nine straight meetings with the Pioneers. The Student Princes lead the all-time series, 34-22.