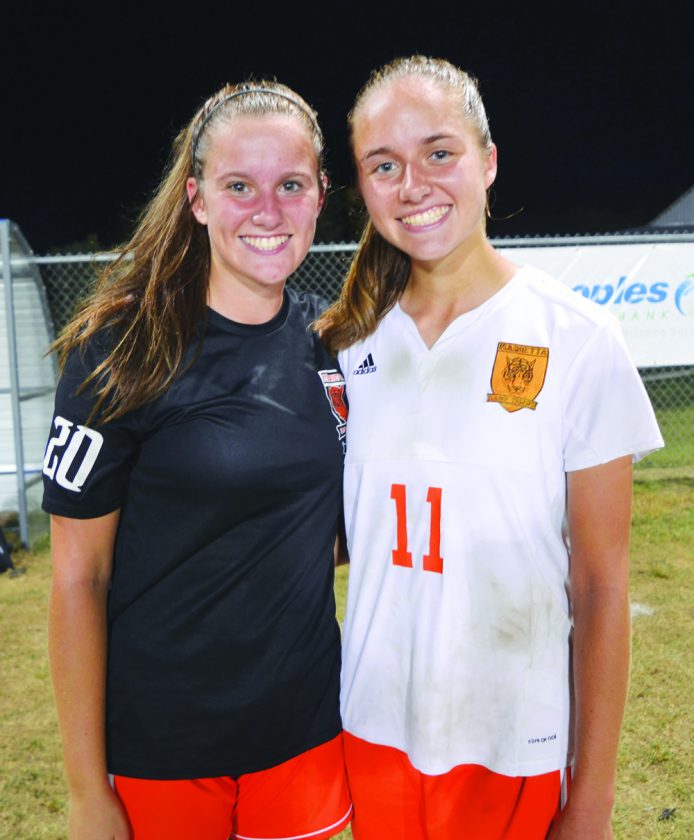 Photo by Ron Johnston Sisters Kristen, left, and Maria Pfaff both scored goals in Marietta High’s 3-1 win over rival Warren Thursday in Vincent. Kristen is a freshman for the Tigers while Maria is a senior.

Photo by Ron Johnston Sisters Kristen, left, and Maria Pfaff both scored goals in Marietta High’s 3-1 win over rival Warren Thursday in Vincent. Kristen is a freshman for the Tigers while Maria is a senior.

“I’m more proud of Kristen’s goal than both of mine,” said Maria Pfaff, an attacking midfielder. “It’s nice to see both of us working together. We only have one season together, and we’re making the most of it.” 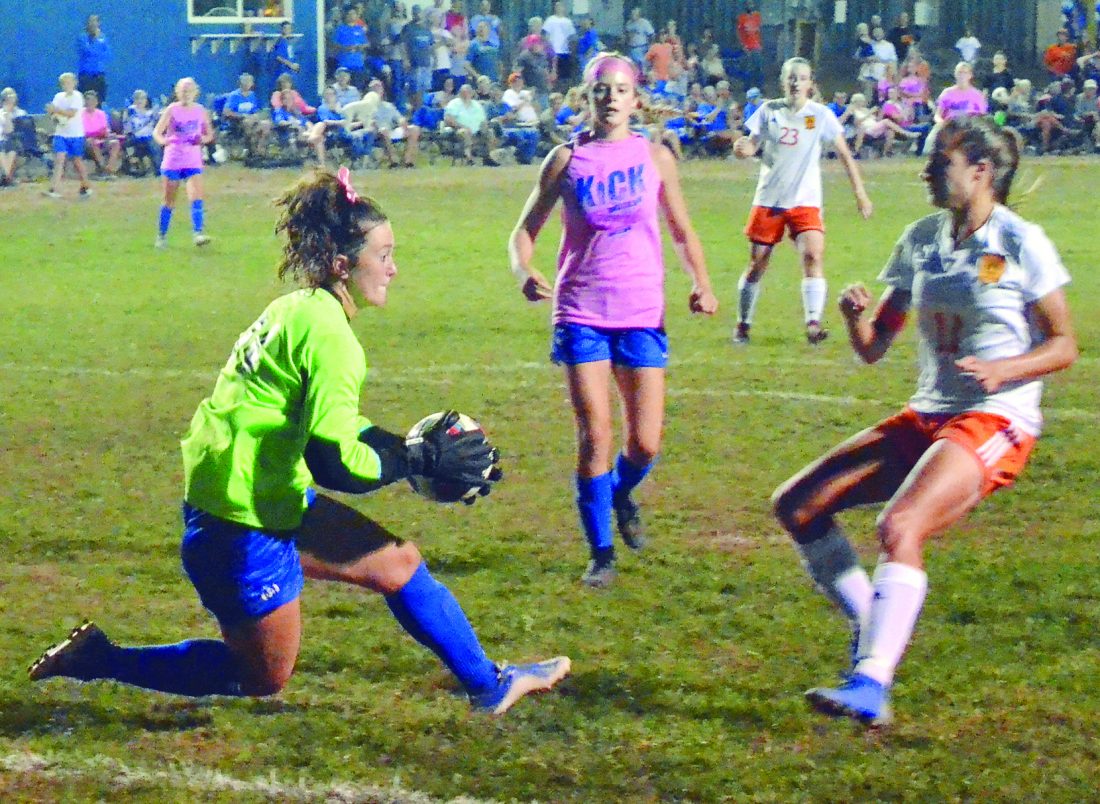 “It was a rough field, and their goalkeeper did a really good job,” said MHS head coach Jeff Price.

“I mean, there was a couple of times I don’t think other goalkeepers would have gotten the ball.”

Undefeated Marietta, No. 13-ranked in the Division I OSSCA State Poll with a 14-0-0 overall record, never trailed in the match. But Warren hung tough, and it was 0-0 at halftime.

“We started out a little slow and timid for a little bit,” said Warriors boss Andy Pinkerton. “And then we settled into the game.”

During second-half action, Pfaff snapped the scoreless tie when she put the finishing touch on Schuck’s left-side corner kick in the 57th minute.

“We’ve been practicing corner kicks an awful lot in practice,” she said. “And obviously, it paid off.

“When the first one went in, that was when our momentum swung. We then played how we play.”

A couple of minutes later, Warren tri-cap Taylor Sloan nearly got the equalizer but was foiled by Rings.

Still pressing the attack, though, the Warriors did knot the score at 1-all when Saboley’s long, perimeter shot literally bounced over Rings and into the back of the net in the 62nd minute.

But MHS regained the advantage, 2-1, about two minutes later on Pfaff’s second goal of the game. Limegrover got the assist.

“I just kind of started dribbling towards the goal,” Pfaff said. “And, I knew I had a little bit of time and just took the shot.”

Capping all the scoring, Kristen Pfaff beat Ryan with a shot to make it 3-1. Zumwalde was credited with the assist.

“We know that Marietta’s got a lot of talent on the field,” Pinkerton said.

Marietta is scheduled to play at Williamstown at 5 p.m. Thursday.

“Just focus on the game that’s ahead and go from there,” Maria Pfaff said.

Warren is slated to conclude regular-season play at Zanesville High at 7:15 p.m. Thursday.

“We battled hard and have nothing to be upset about,” said Pinkerton of the Marietta match. “There’s just a few things we can clean up easily and we’ll be set for the tournament. We’ll learn a lot from this game. It’ll make us stronger.”