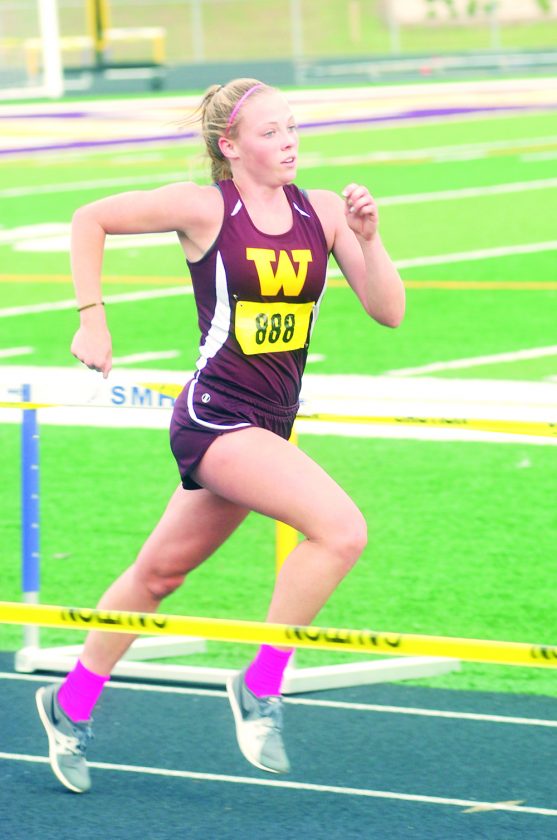 It was another dominating performance by the Yellowjacket girls, as four Williamstown runners finished with top-10 honors. Junior Ella Hesson and sophomores Chole Lightfritz and Natalie Sawin crossed the finish line first, second, and third and junior Emille Ellison was 10th.

“They ran pretty good. We were hoping to get good races out of the freshmen and we did. St. Marys is a good team and they were right there with us. They had three in the top 10. We gotta respect that,” Williamstown coach Larry Cassady said. “Ella did her job just like we ask her to do. Chloe stepped it up all year long and she ran very well. It’s a hard-working group and you gotta give them credit. They deserve this for working hard since June.”

Hesson added another LKC individual title to her already growing list of accolades, placing with a time of 19:24.38.

Getting first-hand experience of the course layout from an earlier race in the season at St. Marys and having Lightfritz and Sawin on her heels for the majority of the race, Hesson improved her time by 20 seconds.

“We were faster compared to the first time we were in it at the beginning of the year. I was about 20 seconds faster today. I’m not sure exactly, but I ran faster this time,” Hesson said. “It was pretty amazing, having my teammates right there behind me and pushing me the whole way towards the end. It was pretty great.”

Unlike the girls race, the boys were much closer with the Rebels just barely getting past Doddridge County (50), winning with 42 points.

The Rebels and Bulldogs had three placing in the top 10 apiece, with Doddridge County junior Carter Lipscomb winning his second individual LKC title with a blistering time of 16:15.27.

“We have battled all season, so today was just another battle to get ready for the big war that is the state meet. It’s unpredictable right now. You don’t know who’s going to have their best race and who’s not going to race so well. We are proud of our runners,” Rebel head coach Holli Vaughan said. “From Kent, he’s been just continuing to step up all season and we had Zyan step up to be our number two runner tonight. Brady has been a solid top runner for us and Adam Davis, Dalton Hayes and Heath Knight have stepped up.”