Crusaderettes’ Lowers off to Shepherd for volleyball 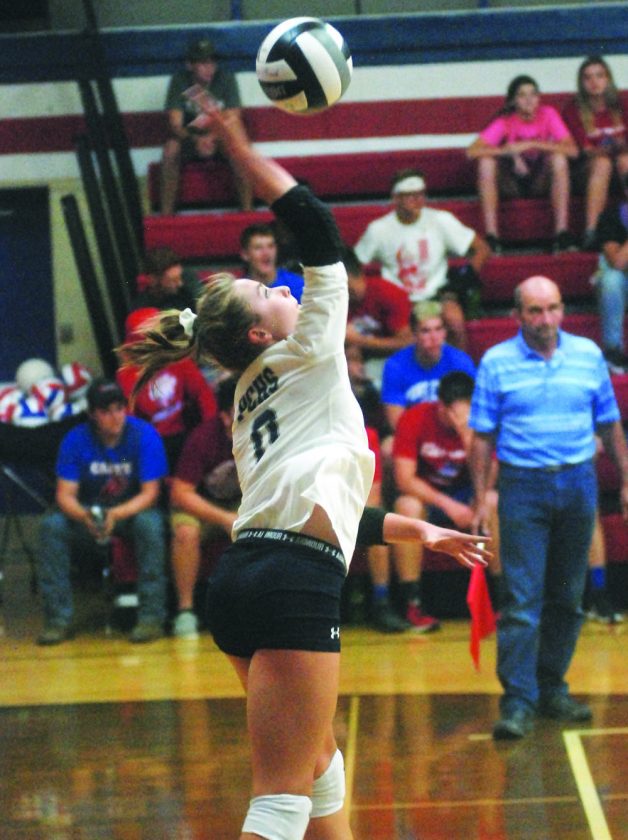 PARKERSBURG — Parkersburg Catholic four-year starting libero Gracie Lowers made it official on Wednesday that she will continue her career as a student-athlete for Shepherd University.

“It’s the furthest I can get while still being instate,” quipped the Class A all-state netter, who is hoping to help lead PCHS to its first state volleyball title in nearly a quarter century this weekend in Charleston. “I was invited to their volleyball camp. I didn’t really know much about their program.

“When I went there and talked to some of the girls and the coach (Alex Hoekstra) I really liked it. He asked me to go on a visit and I got to learn more about their program and I fell more in love with the school, everyone there and the culture.”

Currently boasting a 4.0 GPA this school year, Lowers said she’s leaning toward a major in nursing. During the offseason she’s been playing with the Aleta Club team out of Athens, Ohio.

“It’s awesome,” she said of getting the chance to play in college. “It’s getting to the end of my high school year and I’m really sad that volleyball is almost over and then it will be my last year of club season.

“That makes me sad too because everything is coming to an end in high school. It’s really nice to know that it’s not going to be completely over.”

Although the Rams are set to graduate their current libero, Lowers understands getting playing time as a freshman will be a challenge.

“I will have to really work at my position,” said Lowers, who added of what it will take for her to succeed at the next level is “to just focus on my goals. That would be working hard every day in practice. That would be making sure that I stay on top of my assignments in school and focus on my work.

“That’s why I’m going to college for, school, but also making sure I’m paying to the best of my abilities everyday in college and I’m working hard where I need to be. That’s what I really need to focus on, working hard.”

Obviously, she’s done just that in her time at Parkersburg Catholic, a place she’s going to miss dearly upon graduation.

“It’s awesome. It’s absolutely awesome,” Lowers said of being at PCHS. “It’s a privilege that I get to play on the team I’m playing with. All the girls are amazing and they work so hard and they want to win and the coaches are always pushing us to play our best. I can’t explain it. It’s just an awesome, awesome team and I love all the support that we have that comes with it.

“The parents and all the grandpas and grandmas who come to our volleyball games and the atmosphere around our team is just amazing. I don’t think there’s another team like it in the state. I’m so blessed to be a part of it.”

Of course, whether a student is playing sports in college or not, starting a new chapter in life is never easy.

“I think it’s definitely going to be a lot tougher,” Lowers said of being a Division II student-athlete. “I’m further away from home, a lot further, and probably will get homesick a little bit and the work load is going to be double.

“On top of that I’ve got volleyball. I pretty much think it’s going to be school and volleyball during the season. I think I’ll definitely have to keep on top of everything.”