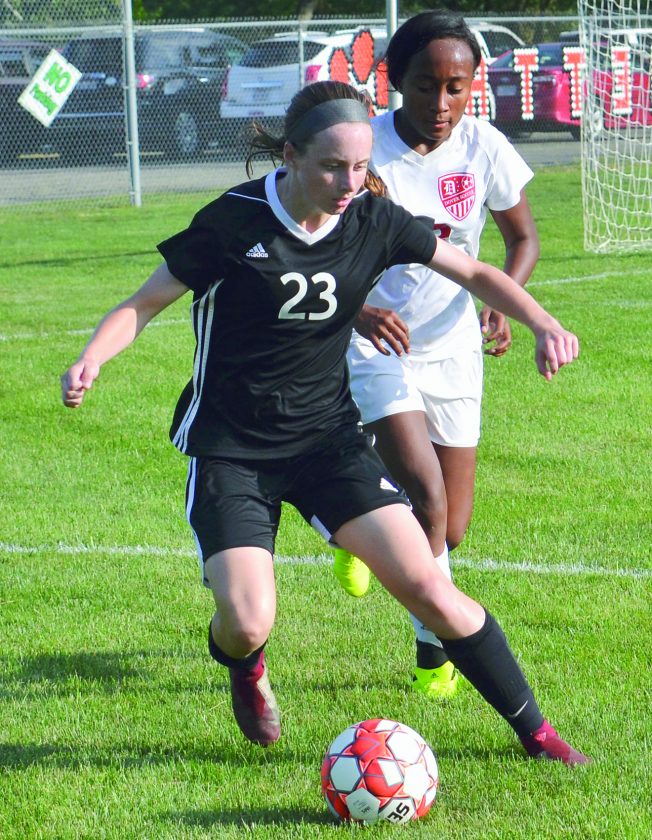 Courtney Schuck can take a bow.

The talented Marietta High junior midfielder recently was honored as the Southeast District Division I Player of the Year in girls’ soccer.

Also a first-team all-district selection, Schuck was instrumental in helping the Tigers post a 16-2-0 overall record and claim the East Central Ohio League championship with 6-0-0 mark. MHS also won a sectional title with a 4-2 triumph over North Canton Hoover at Jerry Brock Field before being eliminated at Boardman, 4-0, in a district semi.

During the 2019 fall campaign, Schuck led the Tigers with 20 goals and 12 assists.

Pfaff and Schenkel each made the second team while Zumwalde and Kendall were honorable mention.

MHS head coach Jeff Price, who completed his 15th season at the helm, was named an Ohio DI District Coach of the Year.

Over in Division II, Warren finish the season with a solid 12-4-3 overall record and as a district semifinalist.

The Andy Pinkerton-coached Warriors were paced by junior mid and tri-captain Taylor Sloan, who was honored as a first-team All-Southeast District pick. Sloan scored 14 goals to share the team lead in that offensive category. She also had five assists. Sophomore striker Macie Smith, who had 14 goals and four assists, was a second teamer as was freshman defender Alexis Frazee. Smith scored the match-winner when Warren downed Waverly, 1-0, in a sectional final. Senior defender and tri-cap Sommer Saboley, with four goals and two assists, was an honorable mention.