Middleton is an Eagle 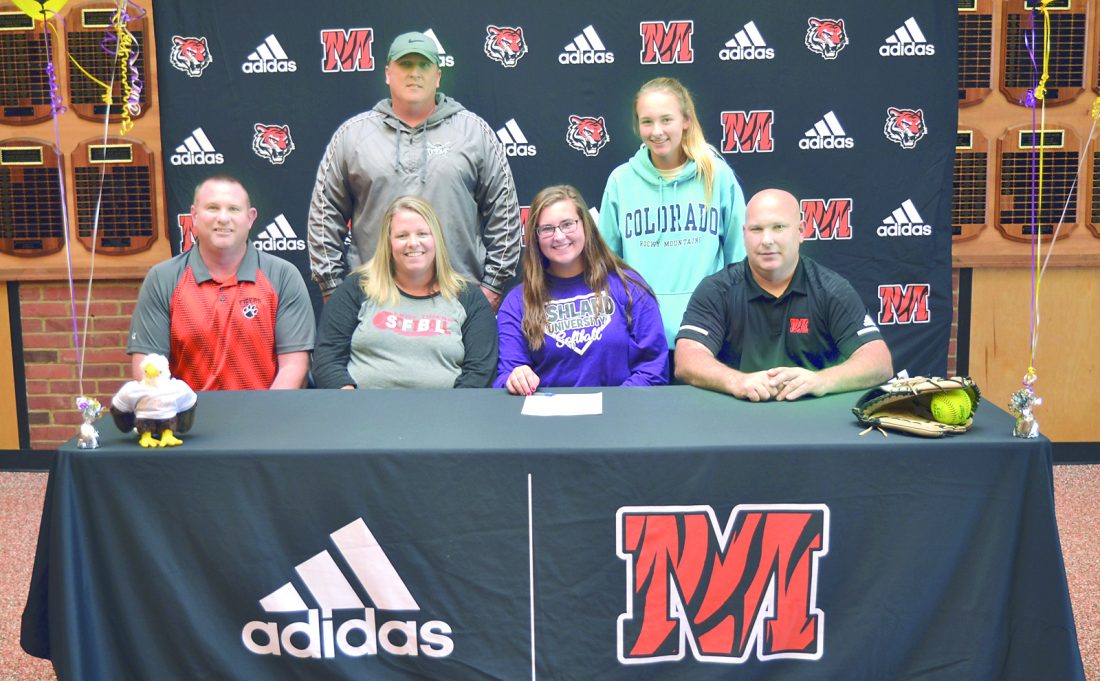 MARIETTA — Jillian Middleton is planning to soar with the Eagles.

The Ashland University Eagles, that is.

The Marietta High senior inked a National Letter of Intent to continue her education and play softball at Ashland U Monday afternoon in the lobby of Sutton Gymnasium at the Davis Avenue-based school.

“I’ve been on the college search for a while, and when I walked on the campus at Ashland, I immediately knew that it was home,” said the 17-year-old Middleton, whose nickname is Jilly. “I loved it there. It was the perfect fit and only 2-1/2 hours away from home.

“I got along great with the coaches and the players — and it was just home from the start.”

Ashland University is an NCAA Division II school and a member of the Great Lakes Intercollegiate Athletic Conference (GLIAC). The Eagles softball team is coached by Emlyn Knerem.

“I’d like to eventually teach and coach in high school — and work my way up,” she said.

In the MHS classroom, Middleton owns a 3.0 GPA. She said her favorite subjects are history and math.

Last spring as a Marietta junior, Middleton earned All-Ohio first team honors. When she was a sophomore, she was a second-team all-state honoree.

“Jillian has definitely earned everything she’s achieved here,” said Marietta head softball coach John Doughty, who guided the Tigers to a 10-14 record in 2019.

“It takes a lot of hard work and dedication, and that’s something she’s done since her freshman year. I give her a lot of credit.

As the ace of the Tigers’ pitching staff, the right-handed-throwing Middleton struck out 144, walked 25, and had a 2.66 ERA last season. In one hard-luck, 13-inning game against New Philadelphia, she fanned 20 — and lost.

In seven of Marietta’s 10 wins, she was the hurler of record.

“She’s a very versatile player,” Doughty said. “She played a little bit of second base last year and some shortstop when we needed her.”

Middleton is the daughter of Kevin and Darcie Middleton. She has a younger sister Emma.