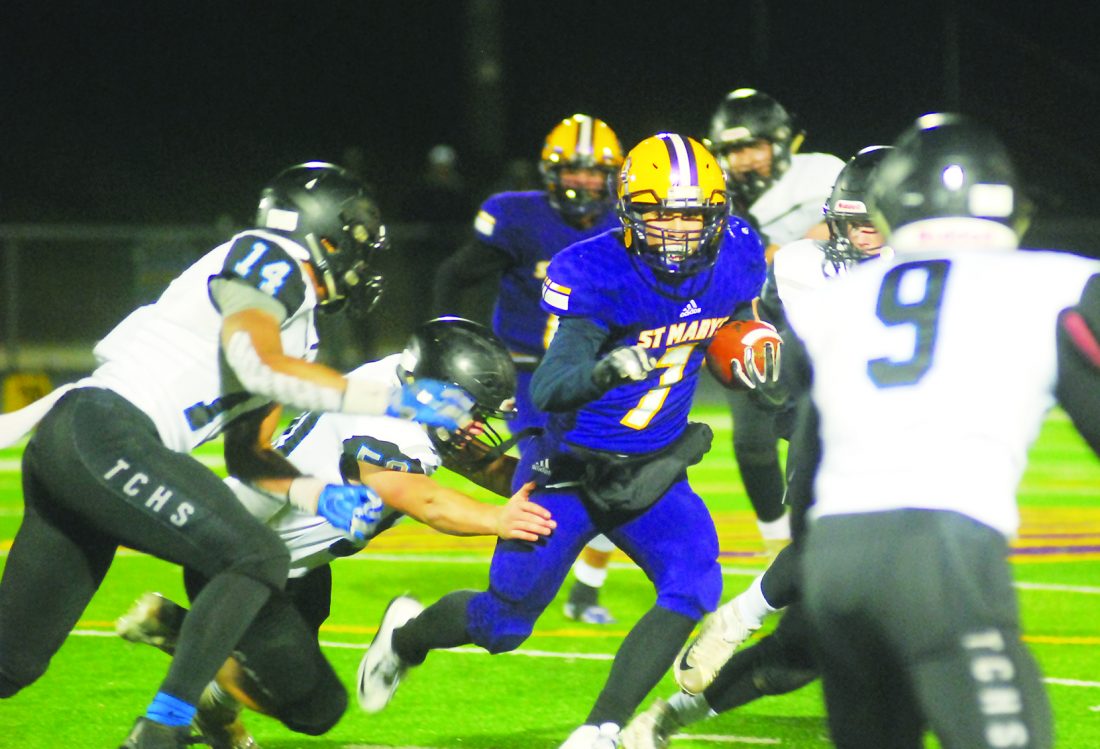 Rucker lived up to his expectations by rushing for 285 yards and scoring four touchdowns in the game but the Blue Devils put on an offensive showing of their own by piling up 562 yards en route to a 43-34 win at Bill Hanlin Stadium.

While Rucker was a one-man wrecking crew for the Knights, St. Marys used a balanced attack as four different Blue Devils scored touchdowns as they improved to 8-2 and secured a home game next week in the first round of the Class A playoffs.

“We knew the running back (Rucker) was unbelievable but our kids just kept fighting,” said St. Marys head coach Jodi Mote. “We knew the only way we were going to beat them was to try to put points on the board and outscore them and thankfully we were able to do that.”

The Devils got off to a great start when William Steele scored on a 42-yard run on their first possession and on their next one Cyle West followed suit with a four-yard run.

Quarterback Brennan Boron completed a pair of passes on the two-point play attempts to Lucas Lipscomb and Jason Clayton respectively and just like that St. Marys had a 16-0 lead.

St. Marys did a great job of keeping Rucker under control on the Knights’ first two possessions but allowed him to get untracked in a big way when he returned the ensuing kickoff 83-yards for a touchdown.

Rucker actually misplayed the kick and had to chase it down behind him before making several great moves to break free and then showed off his speed as he outraced everyone into the end zone.

The Devils answered quickly when big Richard Dornon powered in from four yards out with a minute to play in the opening quarter to give them a 22-8 lead.

Tyler quarterback Gage Huffman connected with David Throckmorton on a 47-yard touchdown pass to pull the Knights within one before Rucker’s second 83-yard touchdown of the opening half closed the lead to two (22-20) at the break.

The Devils committed a pair of costly turnovers in the first half that allowed Tyler Consolidated to remain within striking distance but came out clicking on all cylinders to start the second half.

St. Marys opened the third quarter by putting together a 65-yard, eight-play drive capped by a one-yard run by West to increase their lead to 28-20.

West scored once again from four yards out to open the fourth quarter and after sophomore Wyatt Norman recovered a squib kick to give the ball back to St. Marys, Boron scored from a yard out to push the lead to 43-20 with just over six minutes to play.

Rucker made things interesting with long runs of 65 and 76 yards for touchdowns in the final period but it would be too little, too late for the Knights, who slipped to 6-4 on the season and were eliminated from the postseason with the loss.

Ben Long led the way for the Devils by gaining 199 yards on 25 touches while Steele also eclipsed the 100-yard mark by carrying the ball six times for 102 yards.

Boron completed 8-of-16 pass attempts for 114 yards while Dornon and Clayton hauled in three passes apiece.

“It was critical for us to get the win so we can host a playoff game next week,” said Mote. “I’m just proud of the way our kids kept fighting back.”

Next game: Class A playoffs: St. Marys vs TBA, Friday 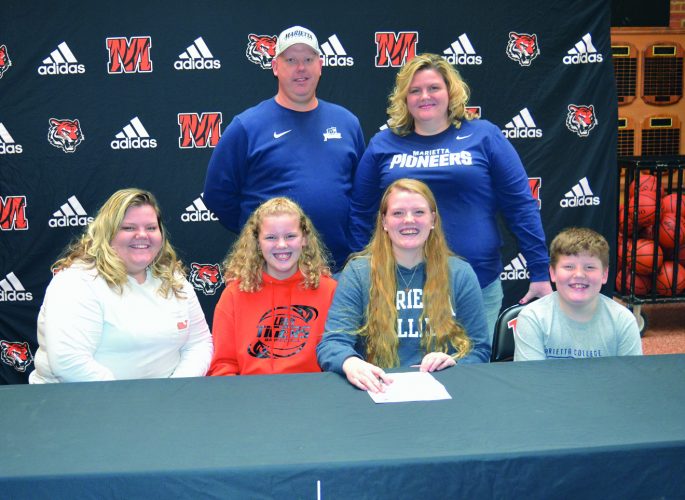 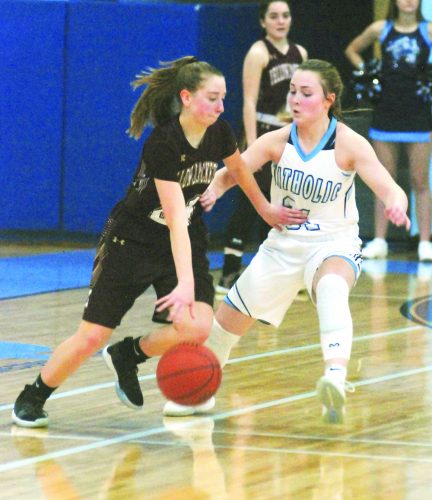 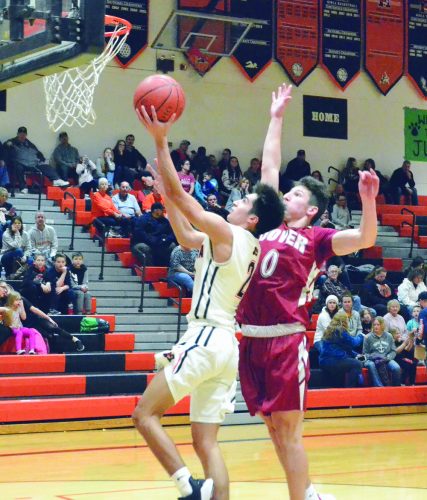 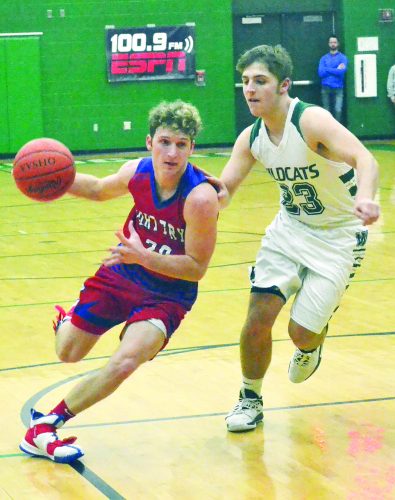