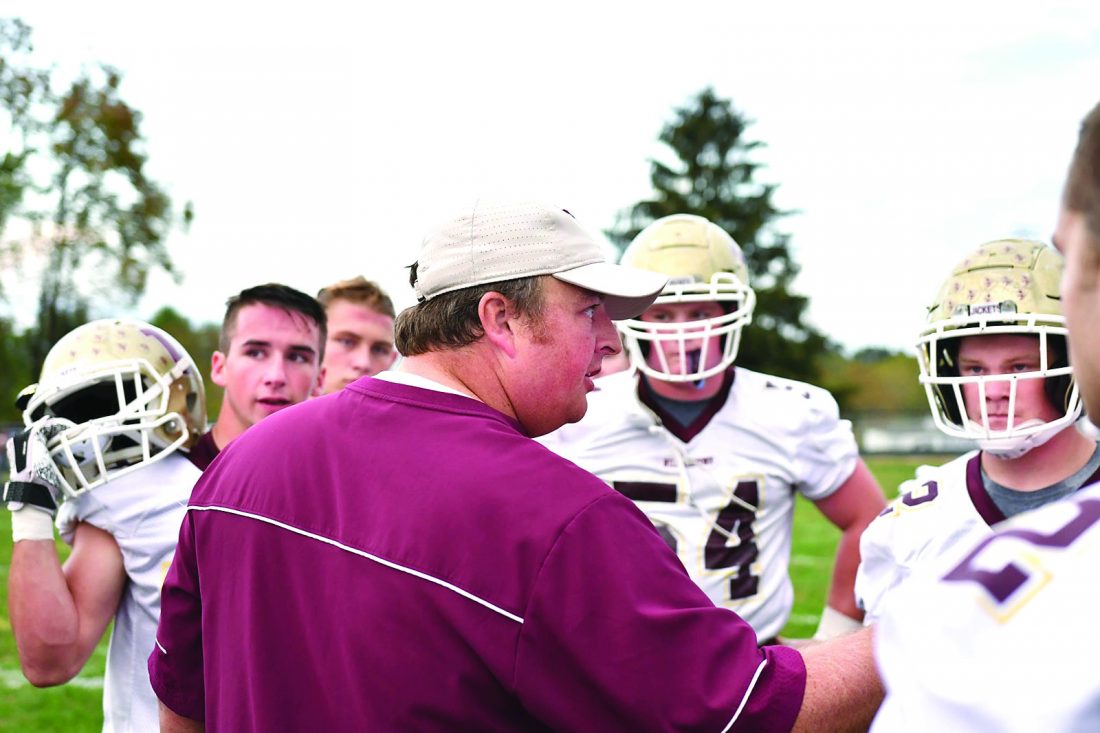 PARKERSBURG — Chris Beck, a 2002 Williamstown High School graduate, was approved Tuesday night by the Wood County Board of Education to become the 23rd different head football coach for the Yellowjackets.

A program which has reached the postseason every year since 2000, Beck is taking over for Terry Smith, who spent 16 years at the helm of WHS and reached seven state title games — winning it all in 2008 and 2014.

“It’s my dream job for me to come back here,” admitted Beck, who earned his accounting and masters degree from West Virginia University and has been on staff since 2008.

“Not too often in life you get to be part of something special and Williamstown football is definitely something special. It’s something I couldn’t pass up. I think it’s the best small school job there is in the state.”

When asked about his potential coaching staff, Beck said Brian Adams would be back and he’s hopeful Avery Goff will be as well.

“Dusty (Watson) and Scotty (Moore) have been doing it for 20-some years. I asked both to come back,” admitted Beck, who works for the Bureau of the Fiscal Service. “We should be solid. We lose 11 seniors off the roster, which was a lot.

“We’ve got a strong nucleus coming back up front on the line. We’ve got a good solid base. We are going to have some schedule turnovers. Once we finalize that, it’s going to be challenging.”

During his tenure with the ‘Jackets, Beck said his main focus was being in charge of the offensive line.

“One thing I’ve learned from Terry is it’s really not about Xs and Os,” Beck added. “It’s more about your preparation and the culture you create. That’s what leads to more wins than the Xs and Os.

“We can do the Xs and Os and draw up plays, but what really wins is the culture you create and the preparation and work you put in getting ready for the season.”

Despite having lower numbers than usual for a Williamstown football team a year ago, Beck is hoping to improve on that, but said things aren’t going to change a whole lot with the program.

“We want to win and that’s our goal, but we have a great chance of these guys being something special and have them prepared for life. We want them to be good parents, sons and husbands.”

Although Williamstown’s season came to an end during a Class A semifinal to Doddridge County, Beck noted “that’s what I talked to the guys a little bit about when we lost. A loss like like that is always heartbreaking when the season comes to an end.

“But there are life lessons in that, dealing with failure is one thing. I think one of the reasons we have problems in our society with drugs and alcohol is they don’t know how to properly learn from failure.”

A foundation built on football and family, Beck was quick to give thanks to his better half.

“I’m very excited about the opportunity, so thankful for my wife Mallory and Terry will tell you with his wife Pam,” Beck added. “You need a wife that’s supportive and I’m fortunate to have married my best friend. Football is a game of relationships.

“Developing those relationships and being part of something as special as Williamstown football, I’m definitely excited and very thankful my wife is supportive of that because it takes a family commitment to do that.”

Beck, a first team Class AA all-state defensive lineman in 2001, has lived and breathed what it’s like to be a Yellowjacket and it’s something he hopes he can continue to pass down for years to come.

“We care about wins and losses, but we care about them as persons and want to help them anyway we can,” added the new head man. “We want as many people to be part of this as we can.

“We’re going to try and do a better job of promoting what we have to offer. We want them to be part of something special and we want them to realize that they can be a part of this thing that’s bigger than themselves.”