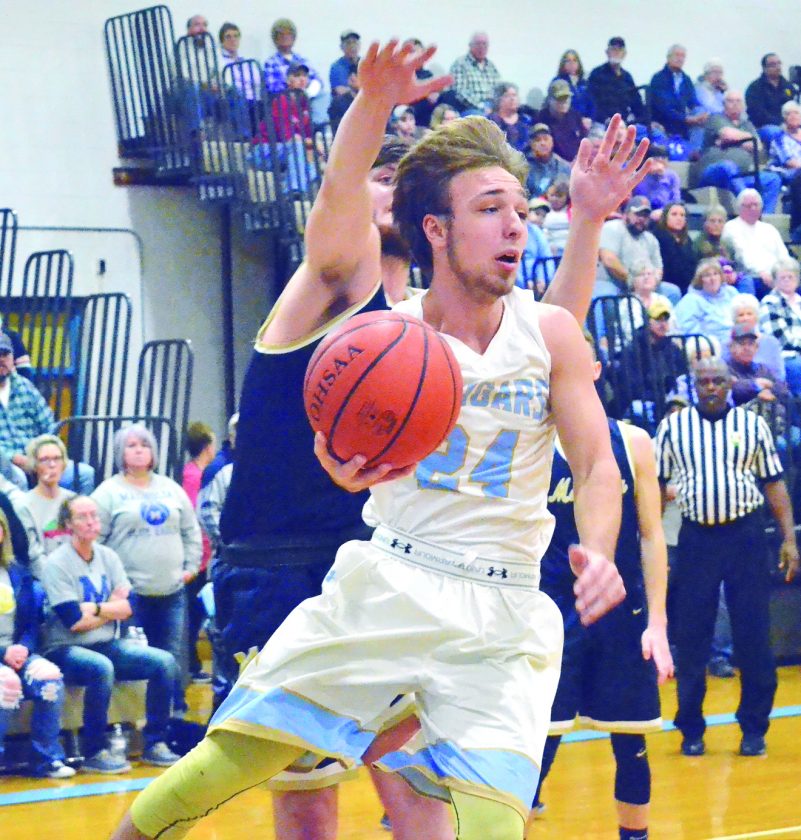 “That’s incredible, and I don’t know what to say,” said Curtis, who finished with nine points on three triples. “Breckin (Hoff) came down and I was open. I hit the shot, and it put us up one (48-47). Then, Logan (Brookover) came down and hit another one (free-throw). We won.”

Brookover scored a game-high 15 points and Tanner Bills added 13 as the Cougars (7-1) extended their winning streak to seven.

“This was a big win for us and some big OVAC points,” Brookover said. “And I think Frontier’s going to get a lot of respect.”

Magnolia (7-2) was paced by Trevor Williamson’s 13 points, including three trifectas. Qwailei Turner chipped in with a dozen markers, including a dunk. The Dave Tallman-coached Blue Eagles had a modest three-game winning streak snapped.

“Magnolia’s a really good team, and we knew that coming in,” Brookover said. “We came out a little nervous but when we realized we could play with them and could win the game, we did it.”

Sparked by the 6-3 Turner’s six first-quarter points, MHS staked itself to a 17-12 advantage.

Bills’ four points helped keep the Cougars in the hunt.

The opening period was on the verge of ending in a 12-12 tie. But Magnolia junior Levi Cecil was fouled in the act of shooting on a 3-point attempt at the buzzer. After converting the first three freebies, he made two more as a result of a technical foul on the Cougars.

Frontier never led in the second quarter but stayed close, thanks to Brookover’s seven points, and trailed 27-23 at the intermission.

After the break, Williamson drained two third-quarter triples as Magnolia maintained the advantage until Curtis knocked down a 3 with 23 seconds left, making it 37-35 Frontier.

Early in the final period, Brookover’s putback gave the Cougars a four-point cushion, 39-35. But the Blue Eagles came back and tied it on a bucket by Jacob Gamble and a Turner flush.

At about the midway point of the quarter, FHS regained the lead, 40-39, when Brookover split a pair at the line.

MHS got the lead back, though, on the left-handed-shooting Turner’s two freebies. With 3:14 remaining, Frontier’s Kyle Daugherty converted two at the line, but again the Blue Eagles got the lead back on Gamble’s steal and layup. They then upped to 45-42 on Turner’s layup.

The Cougars, however, answered with a game-tying 3 by Bills.

With 34 seconds left, Trenton Scheilbelhood’s two freebies put MHS back in the lead, 47-45.

Time was running out on the Cougars until Curtis delivered in the clutch.

“Curtis hit a big 3 to put us ahead,” Kirkpatrick said. “That’s a big win for us. I’m glad for my kids and the community.” 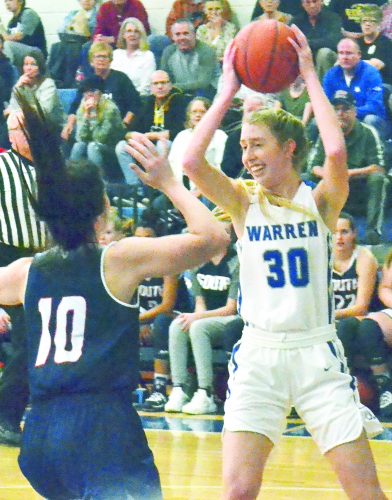 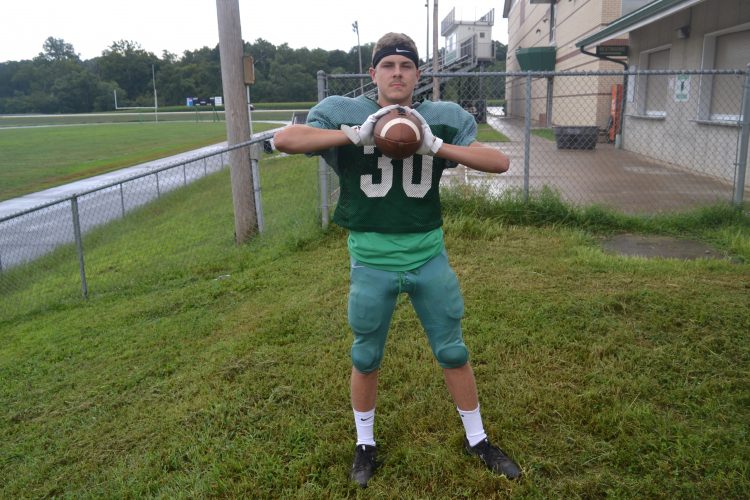