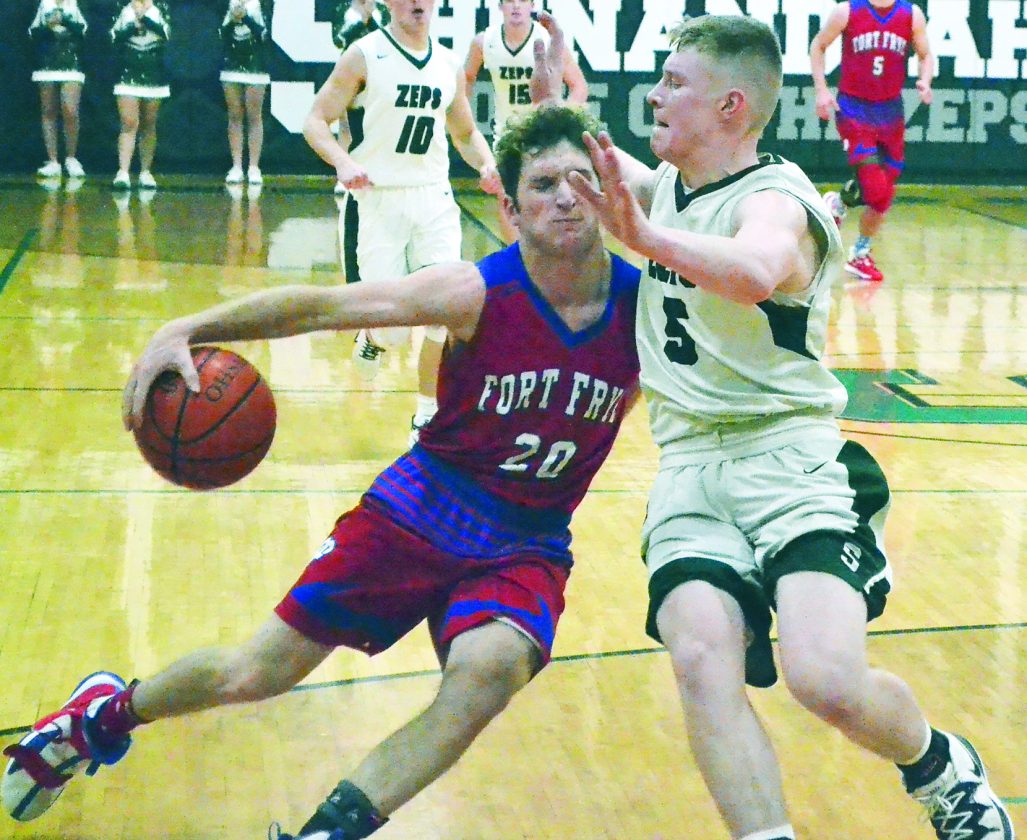 SARAHSVILLE — After dropping their past two games on the road the Fort Frye Cadets were in need of a win in the worst way Friday night when they traveled to Sarahsville to take on their former conference foe Shenandoah.

Cadet junior Kelton Fogle tossed in a game-high 18 points as Fort Frye fought through a night of adversity to score a win they hope will get them back on track.

Starters Caden Fryman and Zane Wallace both spent the majority of the second half on the bench due to injuries forcing Cadet head coach Eric Henniger to get plenty of minutes from his bench in the final half.

“When you have two starters go out you are usually in trouble but I thought our bench really stepped up,” said Henniger, who got contributions from non-starters such as Dylan Hart, Brian Adkins, Owen Brown and Ethan Brooker. “I thought they did a really good job of handling the pressure in a tough situation.” 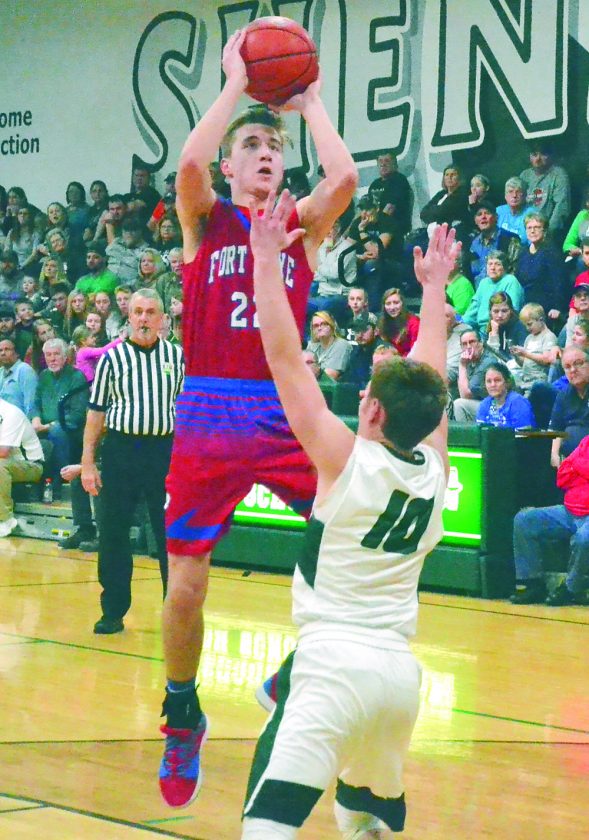 Shenandoah managed to shave a point off of that lead heading to the final quarter and then took a real chunk out of the Fort Frye lead when senior Kendal Sherman drained back-to-back triples to pull the home team to within five with five minutes to play in the game.

A Fogle bucket in transition off of a steal and an assist from Luke Huffman pushed the Cadet lead back to nine before back-to-steals by Shenandoah guard Tyce DeVolld resulted in three free throws to cut the lead to 54-51 with 1:25 to play in the game.

Fogle came up with what would prove to be the biggest play of the game when he drove strong to the basket for an old-fashioned three-point play with just over 60 seconds remaining on the clock.

From there the Cadets took care of business at the charity stripe and pulled a way to the nine-point victory.

Joining Fogle is double figures was Cadet senior Brady Schilling with 10 while Huffman scored all nine of his points in the second half.

Fryman and Brown chipped in with seven points apiece.

Sherman led the way with five triples for 15 points for Shenandoah while Christian Duniver and Max McVicker added 14 and 13 points respectively.

Shenandoah head coach Marc Smith felt his team didn’t do enough under the basket to stop the versatile Cadets.

“Everybody who plays Fort Frye are always worried about their three-point shooting and they are capable of knocking down threes but they won the game tonight in the paint,” said Smith, whose team slips to a still very respectable 10-6 with the loss.

“It seems like if we out-shoot you we win and if we don’t we are going to get beat. We have got to figure out a way to better defensively.”

Both teams will hit the road Tuesday in games that could play a key role in locking down a spot in the Ohio Valley Athletic Conference tournament.

The Zeps will travel to Frontier while the Cadets will wrap up what will be a five-game road trip against another Noble County opponent in the Caldwell Redskins who they beat in a very close ballgame at home two weeks ago.

“They (Caldwell) always play us very, very well over there,” said Henniger, “We have got a huge challenge in front of us on Tuesday and hopefully we can come out with a win.”