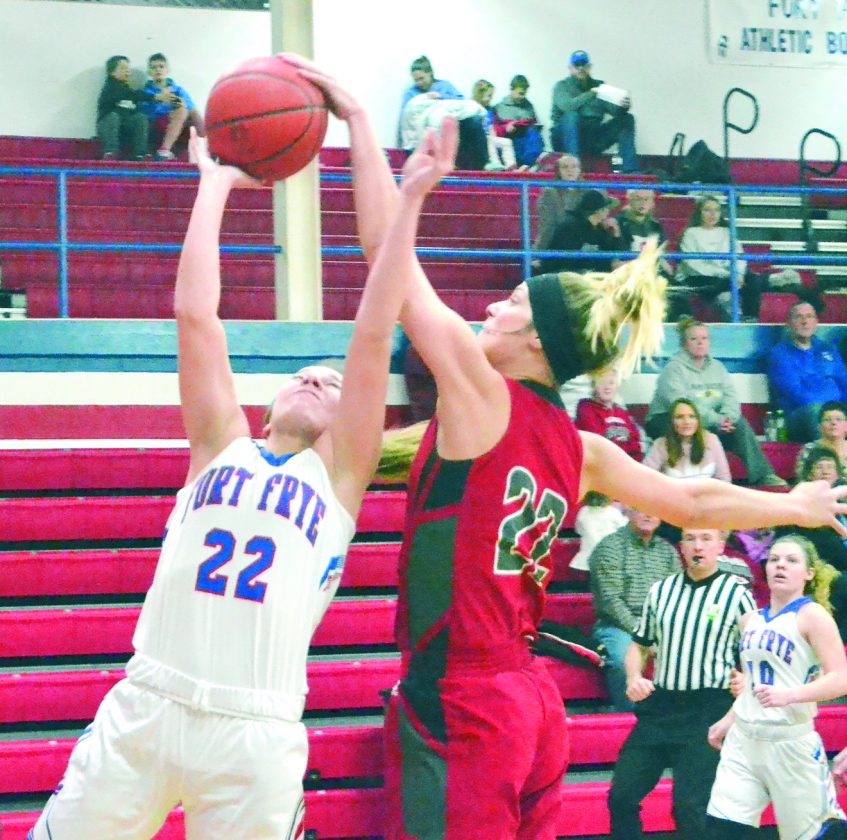 BEVERLY — It was raining 3s in Cadet Gymnasium.

“A lot of career highs tonight,” smiled Kenzie Dalton, who scored a career-high 21 points, including five trifectas. “I guess I was just feeling it, and so was Hannah (Archer). She had a lot.”

Indeed, she did. Archer tallied a career-high 32 points with eight treys. Kiersten Kesselring added 10 markers and Lexie Huck eight as Fort improved its record to 15-2. Kesselring and Huck had two 3s apiece.

Offensively, the Cadets shot 55 percent (32-58) from the floor. And, defensively, they blanked the Redskins (10-7) in the second quarter, and limited them to one point in the fourth period. 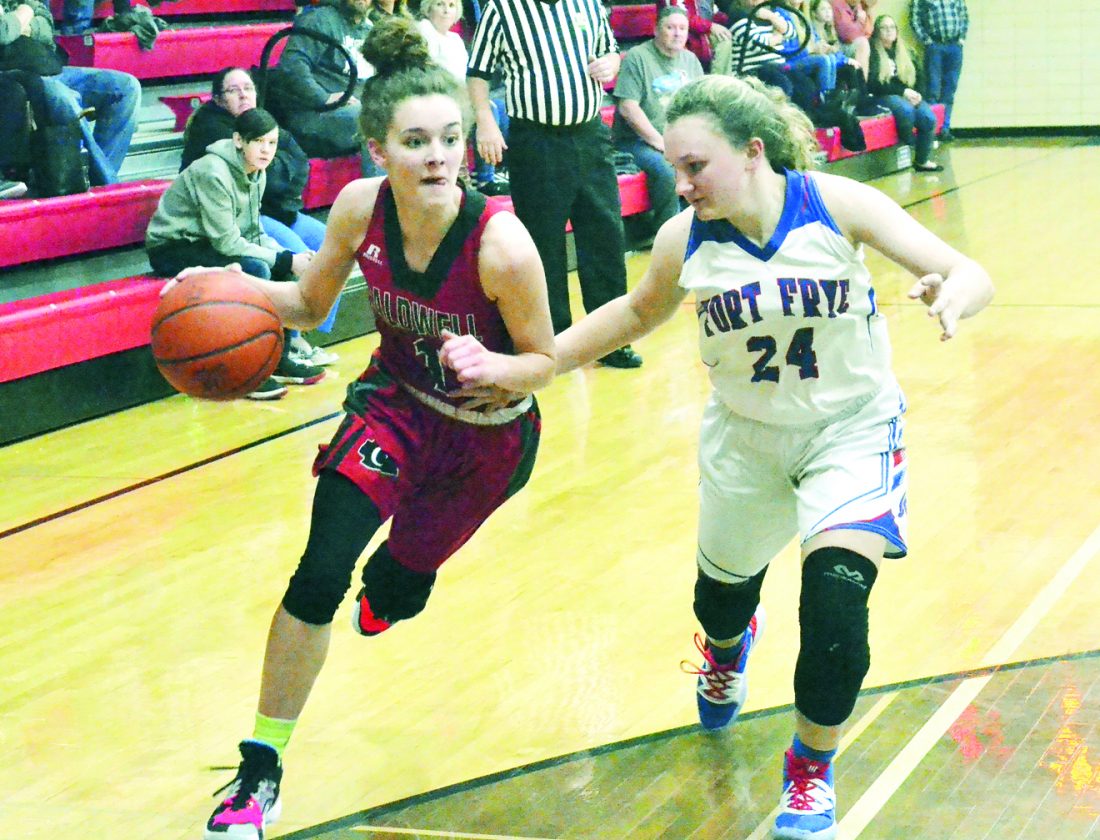 “We’ve been kind of inconsistent with our shooting this year, but it was good to see that we were all on tonight,” said FFHS head coach Dan Liedtke. “That’s the capability this team has.

“Maybe, at this time of the year, this is when it’s all supposed to happen. Hopefully, we can continue this on.”

Caldwell, which dropped a 54-18 decision to the Cadets in Noble County on Dec. 2, 2019, was paced by Cayton Secrest’s 14 points, including two triples.

Archer and Dalton each scored 11 first-quarter points to stake Fort to a 31-15 advantage. But right after the opening tip-off, Caldwell had the early lead, thanks to the play of Secrest, Sheridan Archer, Klaudia Rayner, Jules Hood, and Mattie Clark.

Only after Hannah Archer’s 3 put the Cadets on top, 9-8, did the home team get going in earnest. FFHS finished the opening period with seven trifectas.

“I really give a lot of credit to Caldwell,” Liedtke said. “They really came out hard on us. They really did — and I was really glad to see that, because I really think that’s what got our girls on. I think when they saw that intensity level, it was above ours.

“Then, when we jumped it up, I was glad, because I don’t know if we would’ve done that. That’s why we need to be consistent, because it’s hard to play at that level all the time.”

Archer stayed hot in the second quarter, scoring 10 points, as Fort cruised to a 52-15 halftime lead. Defensively in the second, the Cadets put the clamps on the Redskins, who were 0-4 from field and hurt themselves with eight turnovers.

“We’ve been playing some good basketball, but obviously tonight, it didn’t go our way,” Svercek said. “We ran into a wall.

“I think if you play teams like (Fort Frye), it only helps you down the road.”

Secrest had the hot hand for CHS in the third quarter, scoring all of her team’s nine points.

But the Cadets didn’t cool off that much in the second half and won going away.

“When we’re feeling it, I guess we’re good,” Dalton said.