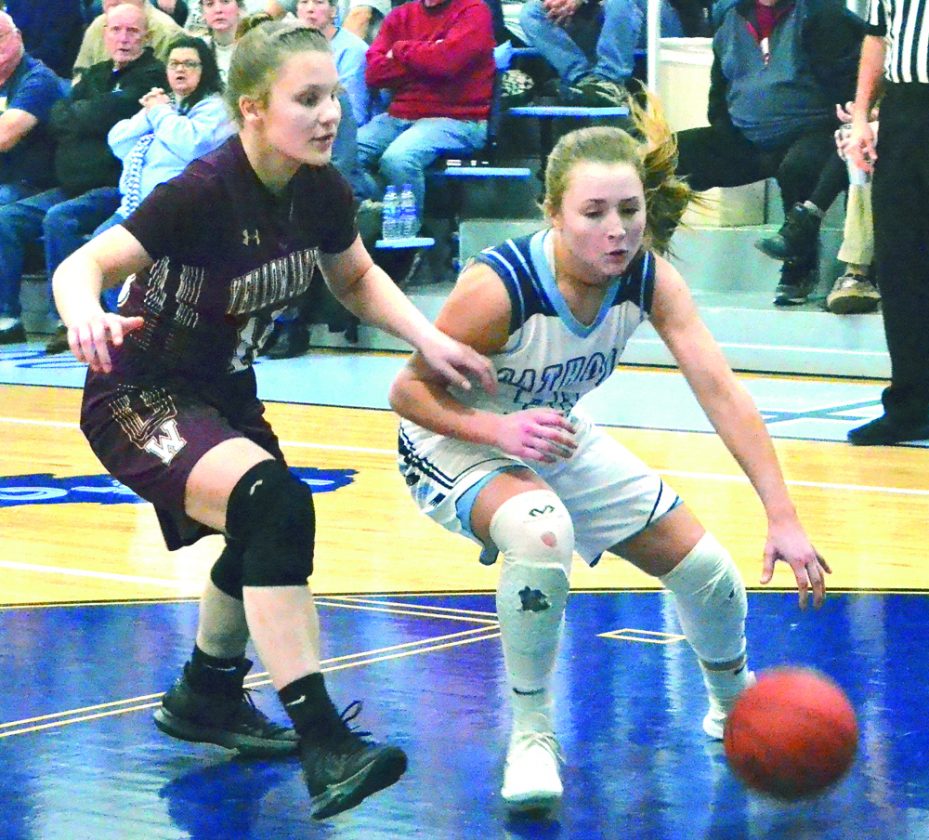 The undefeated Crusaderettes made 32 of 86 shot attempts en route to an 82-42 triumph over the visiting Yellowjackets Friday night in a sectional girls basketball final at the Fairview Avenue Gym.

“We like to get out and get after it,” said PCHS head coach Marty Vierheller, whose team is top-ranked in Class A with a 24-0 overall record. “Some of the shots were not necessarily the ones that I would have wanted. But when you have these kind of athletes and basketball players, you have to let them go sometimes — and we did that.”

With the victory (also Catholic’s third straight sectional title), PCHS is scheduled to host Tug Valley in a regional game at 7 p.m. Wednesday.

“This is special,” Vierheller said. “Anytime you win a section and are able to go on to the regional and play on your home floor…like I say, you don’t take it for granted and you appreciate these moments when they come. And you try to take advantage of them when they come.”

Williamstown (15-10) suffered its third straight setback to Parkersburg Catholic this winter. The Yellowjackets were led by Jayla Wiseman, who scored eight points and grabbed 10 rebounds. Keely Alsup chipped in with seven markers.

“Our kids played a lot better in the second half,” said WHS boss Fred Sauro.

Vierheller agreed and added, “I give Williamstown a ton of credit. They played hard the entire way. They didn’t worry about the score. They fought like I knew they would fight.

“Tonight, we had a little bit more firepower.”

And, never was that more evident than at the start when Catholic staked itself to a 29-6 first-quarter advantage. Leading the charge, Madeline Huffman scored eight points; Boice and Ross, six apiece; Brunny, five; and Leslie Huffman, four.

Williamstown got buckets from Wiseman, Emma Bailey, and Georgie Inman.

“We like to get out and run,” said Madeline Huffman. “That’s kind of our game, and we do it well. Our defense turns to offense for us, and hopefully that’s going to carry us the rest of the way.”

“The bottom line is, Parkersburg Catholic is a very, very good basketball team,” Sauro said. “They work hard, and I wish them the best of luck.”

After the break, the Yellowjackets were more competitive, but the Crusaderettes still maintained a big double-digit lead.

“We play the toughest schedule in the state in single-A.”