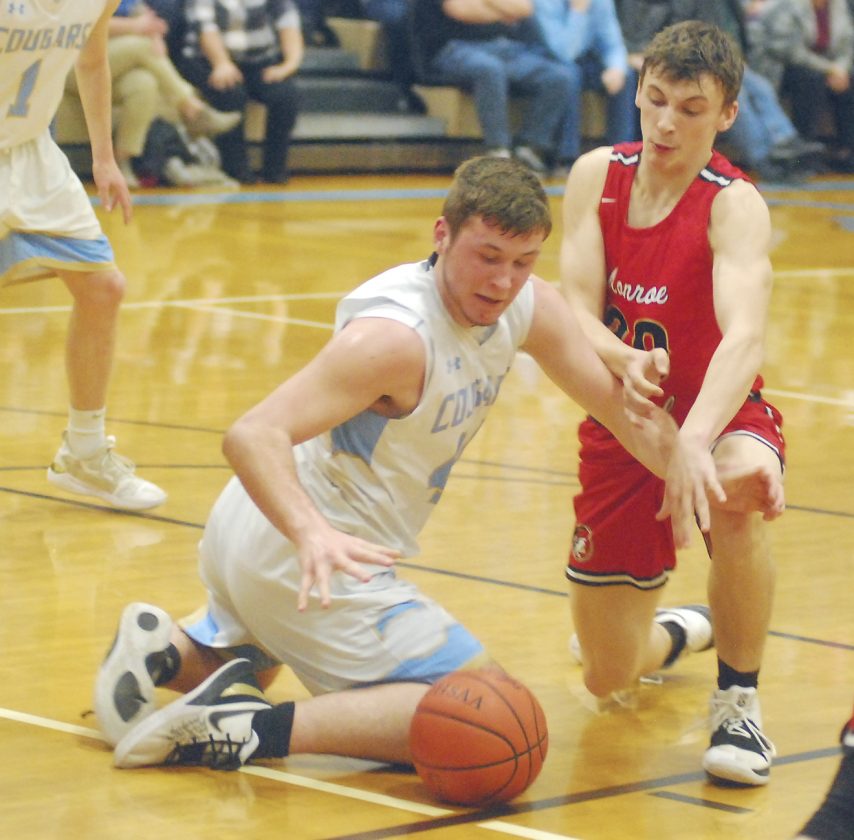 “I was full of energy the whole time,” he said. “I think the reason I wasn’t exhausted is because it was a close game the whole time.”

Daugherty played all 36 minutes of the Cougars’ 68-65 overtime victory over the Seminoles, including all four minutes of the overtime session where Frontier outscored Monroe 13-10. The 6-foot-4 senior finished with game-highs of 26 points and 14 rebounds, and had three crucial baskets in OT.

Frontier (15-8) played just five guys all game until Kalyb McQueary checked in with 48 seconds left in overtime when Bills fouled out.

“I only played five kids for 99% of that game,” said Frontier head coach Roger Kirkpatrick, whose squad will play Friday at Shadyside in the sectional final. “(Monroe Central) played eight or nine. I think we got wore out toward the end.”

The Cougars went into the the fourth quarter up 11, 45-34, but Monroe Central’s Austin Hogue helped get his team back in the game. Hogue hit a basket and then put back his own miss on the following possession. On the ensuing inbound, Hogue got the steal and layup to make it a five-point game. After a Daugherty putback, Garet Cramer converted a three-point play before Hogue got a steal and dished to Talin Babcock for another basket-and-one, cutting it to 47-46.

Luke Burkhart’s 3-pointer with 2:50 remaining in regulation gave the Seminoles their first lead all night, 51-50. Daugherty’s basket and a pair of free-throws by Bills put Frontier back up three, but Babcock knocked down two foul shots before assisting on Cramer’s bucket to make it 55-54, Monroe, with 30 seconds left.

Frontier’s Breckin Hoff was fouled and made 1 of 2 at the line to tie the game, and Monroe’s 3-point shot at the buzzer was off the mark to set up overtime.

Brookover opened the scoring in OT with a bucket. After Cramer fouled out on Monroe’s next possession, Daugherty took advantage with back-to-back baskets to make it 61-55. Burkhart answered with a 3, but another Daugherty bucket and two free-throws by Brookover put the Cougars up 65-58 with 1:14 to go.

Monroe put together another rally, though, as 3s by Hogue and Burkhart cut it to 67-65 with 12 seconds left. Hoff was fouled and went 1 for 2 at the stripe to leave an opening. Hogue had a look at a game-tying 3-pointer in the final seconds, but his attempt went off the back iron and Brookover secured the rebound to end it.

“Our kids fought to the very end,” said Monroe Central head coach Jon Perkins. “They did everything we asked them to do. They could’ve folded, but they continued to fight. That’s the group we have. They have big hearts and they want to win, more so for each other and not for themselves.”

Daugherty and Brookover did the heavy lifting for the Cougars, but Bills, Hoff and Corby Curtis all played key roles in the victory.

“If we’re all on, it’ll be hard to beat us,” Daugherty said. “We can beat any team as long as we do our best.”

Frontier scored the final four points of the first half and the first seven of the second half, capped by Bills’ 3-pointer, to go up 35-22. Frontier’s largest lead was 14, 41-27, with 1:45 to go in the third before a 7-2 run put Monroe back within striking distance.

“Coach Perkins does a good job,” Kirkpatrick said. “I thought we came out and executed and we got a big lead, but we let them back in the game.

“The kids fought back and fought through adversity.”

Kirkpatrick thought his squad got away from its bread and butter a couple times which allowed Monroe to rally.

“Monroe played hard. They can shoot the 3-ball and they hit some key shots. They made a couple runs on us. We didn’t make very good decisions. When you’re up 13, pound the ball inside to Logan and Kyle,” he said.

Hogue led the ‘Noles with 18 points, six rebounds, six assists and four steals. Burkhart added 17 points followed by Babcock with 13 and Cramer with 11. Monroe shot 44% (22 for 50) from the floor in the game but was just 7 for 27 from beyond the arc.

“We got good looks against the 1-3-1, they just weren’t falling,” Perkins lamented. “Our team’s very much a tempo-based team. When we’re playing at the tempo we want to play at, we’re a heck of a lot more dangerous. They did a nice job of slowing us down.”

Friday, the Cougars will look to avenge a 75-60 loss to the Shadyside Tigers from earlier this season.

“They shot the ball extremely well the first game against us,” Kirkpatrick recalled. “It was close for three quarters. We know what to expect. We’re just glad we have an opportunity to move on.” 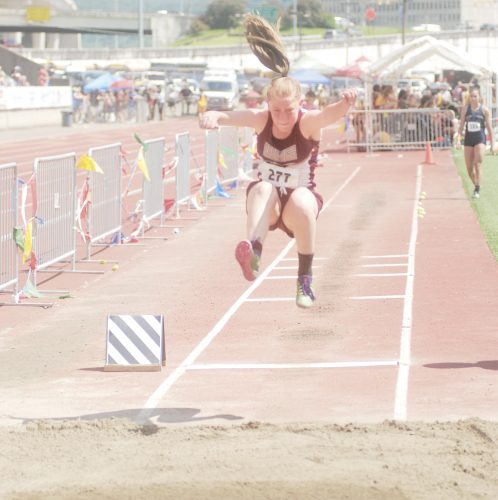