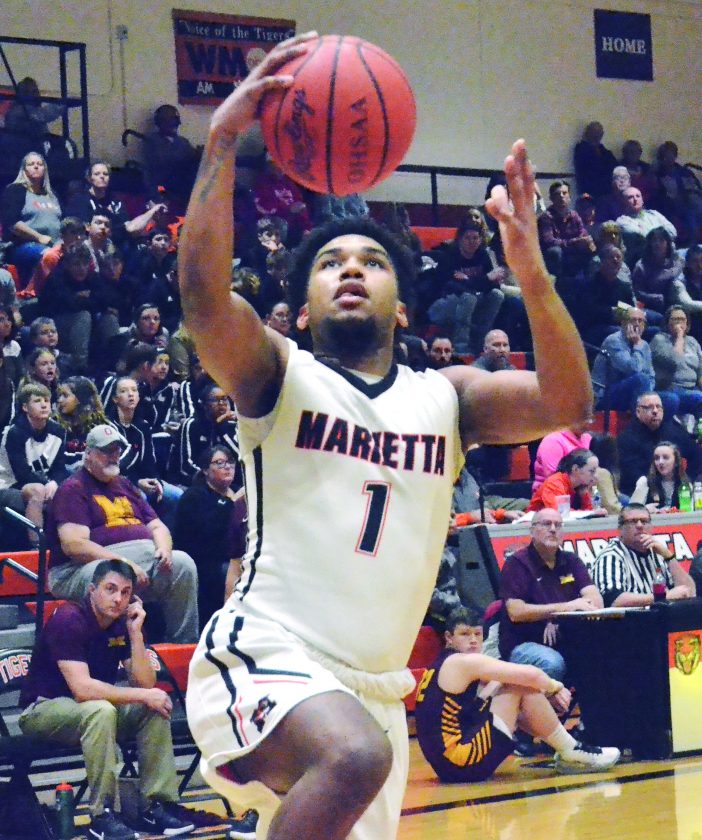 Ryan Mannix made a triumphant return.

After missing most of the season with a wrist injury, the 6-foot-2 senior wing came off the pine to score 14 points in a 65-47 Marietta win against Meigs Tuesday night in a boys basketball game at Sutton Gymnasium.

“I broke my right wrist in the first game of the season against Warren,” said Mannix. “I tried to play through it but it just hurt.”

Mannix was one of four Tiger cagers, who scored in double digits. Tony Munos led the charge with 21 markers while Markie Duckworth and Jackson Graham had 13 and 11, respectively.

“It’s a good way for the seniors to end their home career with a nice victory,” said Marietta head coach J.D. Secrest. “That was probably the best second half we’ve played in a long time.

“And, it’s definitely nice to have Ryan back and his energy. He played a lot more than we wanted him to. But he’s a soccer kid, so he’s used to running. He didn’t fall out of shape a whole lot.”

Marietta improved its record to 11-10 while Meigs fell to 11-9. Last month, the Marauders dropped a 45-43 decision to the Tigers in Pomeroy.

During second-period action, there were five lead changes until Duckworth’s triple put the Tigers in front, 26-25, for good, as it turned out.

Closing out the first half, Graham had a steal and score to give Marietta a 28-25 lead.

At the start of the third quarter, Graham picked up where he left off and drained a 3. That was followed by buckets by Mannix and Duckworth to make it 35-25. At the 6:40 mark, Meigs called timeout.

When play was resumed, Duckworth scored again to stretch the Tiger lead to 12. The orange and black outpointed the Marauders, 18-13, in the third and led 46-38 going into the final eight minutes of play.

“We played good defense and that turned into offense,” Mannix said.

“We all worked hard.”

About midway through the fourth quarter, Meigs reduced the deficit to six (50-44) on a trifecta by Cox.

But that’s as close the Marauders would get as the Tigers closed out the game with a 15-3 run. Mannix had six points in the fourth to lead the way.

Marietta is scheduled to play at River View in an East Central Ohio League game at 7:30 p.m. Friday.

“We’ve got a chance Friday to get a .500 record in this league which is pretty impressive,” Secrest said. “I’m just proud of the effort of the guys tonight.” 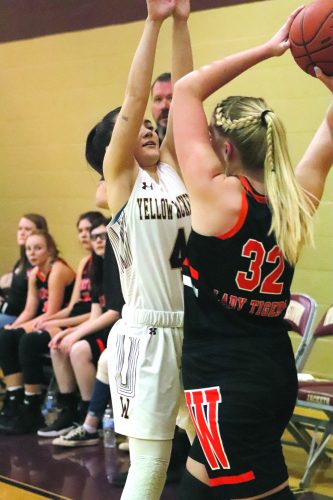 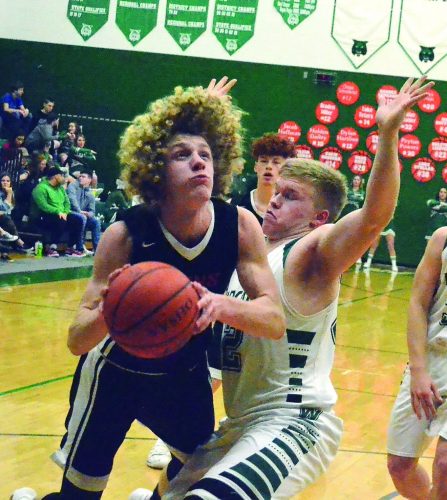 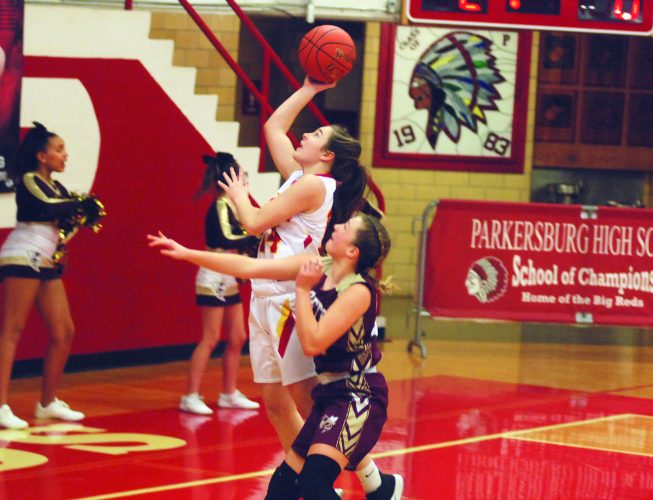