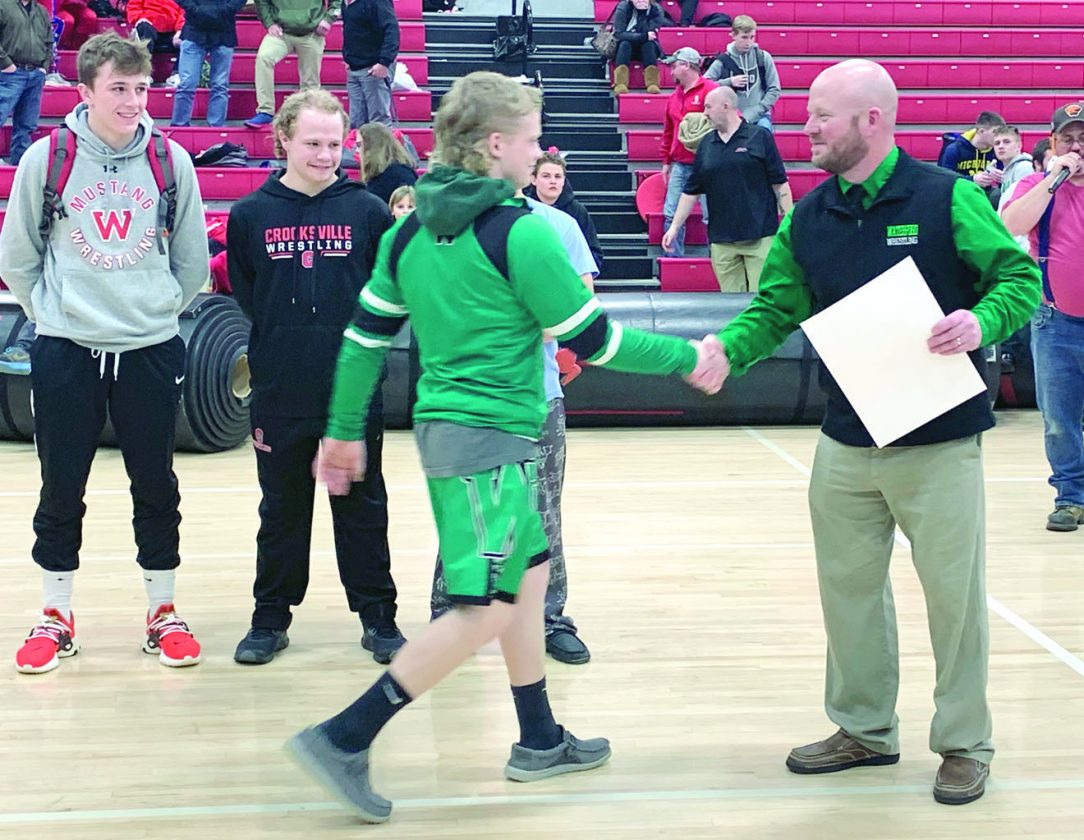 Well, this week, the Warriors and Wildcats were united at wrestling practice in Vincent, preparing for this weekend’s upcoming district competition.

“From Monday through Thursday, we have been at Warren from 3 to 5 p.m. practicing with Warren and some other teams as well,” said Waterford head coach Greg Offenberger. “It’s been an exciting week.”

On Tuesday, the Fort Frye grapplers worked out with the Warriors and Wildcats. And, on Wednesday, the Cadets practiced with the Caldwell Redskins in Noble County.

At 4 p.m. Friday and 9 a.m. this Saturday, the Wildcats and Cadets are scheduled to wrestle at the D3 Heath district tournament while the Warriors will be at the D2 Claymont district event.

At stake at district is a berth in the OHSAA 2020 Individual State Wrestling Championships March 13-15 at the Jerome Schottenstein Center on the campus of The Ohio State University in Columbus.

Offenberger is currently ranked 20th at 160 in Ohio Division III.

Root (21-19), a junior, qualified for district with a fourth-place finish at the sectional meet.

Waterford as a team finished fifth overall with 100.5 points in the sectional in a field of 21 schools.

“Our guys really turned it on last weekend,” Greg Offenberger said. “We are peaking at the right time.”

Warren also had a good outing at the Alexander D2 sectional, advancing nine Warriors to district. As a team, the Jeff Parsons-coached Warriors finished fifth with 145.5 points in a field of eight schools.

Kellar (44-0), a two-time state qualifier and place, was the lone Warren grappler to be crowned a sectional champ when he flattened Sheridan senior Deven Factor in the 145-pound championship bout. The junior Warrior is currently third ranked in the state at 145 in Ohio Division II.

Finishing fifth, Hayden Wigger (120) and Nate Ankrom (126) each is a district alternate.

Oberdier is currently ranked 17th and Welch 47th in their weight divisions in the state.