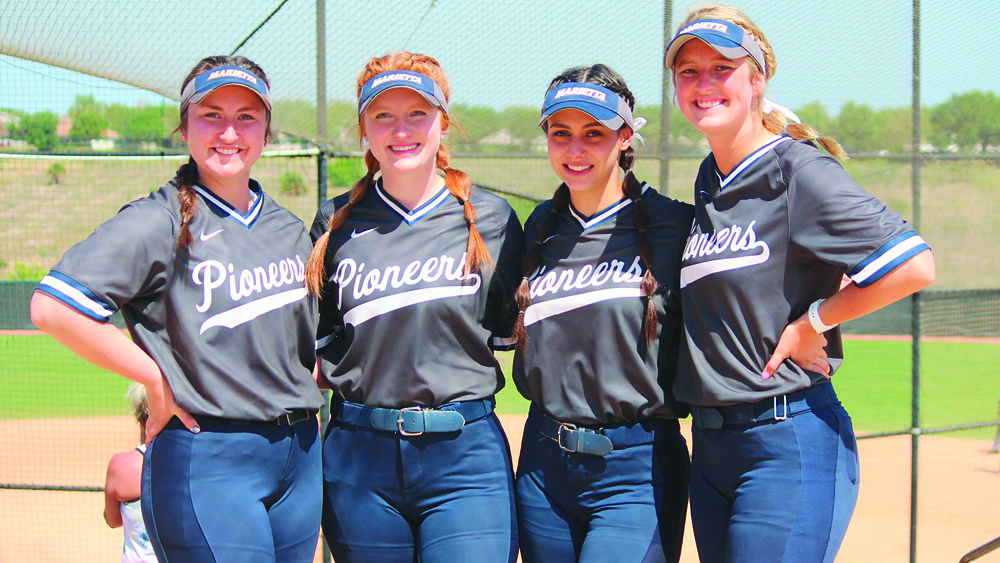 CLERMONT, Fla. — The Marietta College softball team earned a pair of wins on their final day in Florida when they defeated Montclair State and Wooster on Friday afternoon. The Pioneers beat the Red Hawks 1-0 in game one, and took game two over the Fighting Scots, 4-1.

With the pair of wins the Pioneers improve their record to 7-3 overall.

“I am so proud of how the team performed today, especially our four seniors Maicy, Lauren, Alyssa, and Erin. They have been an impactful part of our program since their freshman year and I am so happy we were able to get two wins today,” said head coach Jenn Castle.

“Today we set the standard for how we need to perform and play softball at the Marietta College level. Those returning next season need to bring this energy and talent and never take one day of softball for granted.”

Game one was a pitcher’s duel through the entire game as Marietta won the game on a walk off hit from Alyssa Cook in the bottom of the seventh.

Maddi Liston was in the circle for the Pioneers, she pitched a complete game one hit shutout to earn her third win of the season. Liston struck out three batters in the game.

Marietta scored the lone run of the game in the bottom of the seventh when Maicy Kirk singled to the shortstop to get the inning started with two outs.

The next batter up, Cook, singled to centerfield and Kirk came flying around the bases to beat the throw to the plate.

The Pioneers won 1-0 on the walk off hit by Cook.

In game two, the first four innings of the game were scoreless.

Marietta got on the board first in the top of the fifth to take a 2-0 edge.

Kaitlyn Carpenter led off the inning with a single, and moved to third base when Kirk reached on an error.

Later in the inning Lauren Rockocy singled to drive in Carpenter, and the fifth inning scoring was capped by a single from Erin Miller that plated Kirk.

Wooster answered with a run in the bottom of the sixth to cut the Pioneers edge to 2-1.

Marietta tacked on a pair of insurance runs in the top of the seventh when Kirk doubled down the left field line to lead off the inning. Cook advanced Kirk to third on a fly out and Rockocy plated Kirk on a single to center. Rockocy advanced to third on the play by an error from the centerfielder and was driven in by a ground out from Miller, to put the Pioneers on top 4-1. Airyanna Maurer finished her three innings of relief work in the seventh when she held the led for Marietta to win 4-1. Maurer allowed one run on four hits, and struck out two batters.

Hannah Richardson started game two in the circle, she pitched four shutout innings, and allowed only one hit, while striking out a pair of batters.