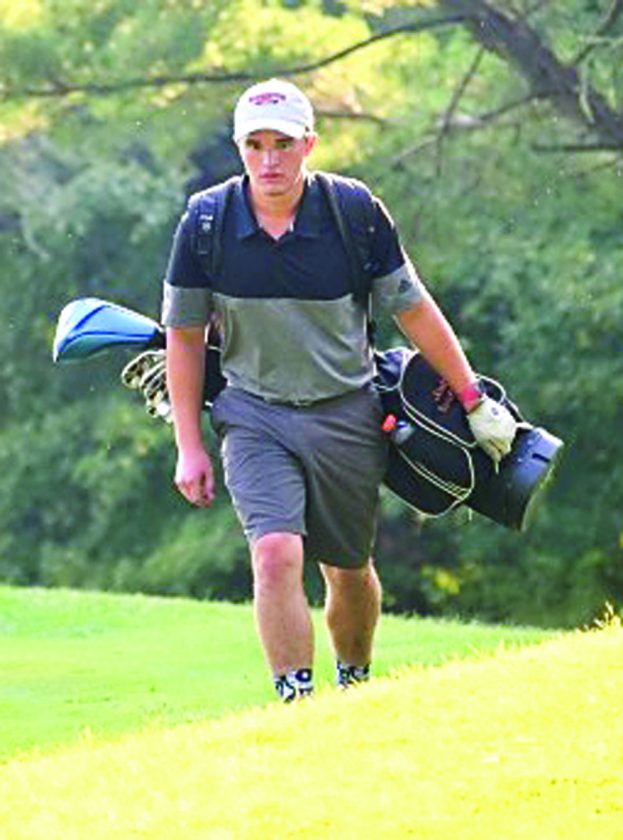 A local golfer has earned a cool opportunity.

Marietta High senior Josh Sandford, an all-district honoree this fall for the Tigers, has been invited to compete in the Champion of Champions two-day golf event at the famed Powerscourt Golf Club in Dublin, Ireland.

Sandford received the invite after a successful summer competing on the Mid-Ohio Valley Junior Golf Tour and is excited for the chance to compete on a world stage.

“It didn’t seem like it was real at first,” said Sandford, who plans to be a firefighter after high school. “As it started to get closer, I got a little bit nervous. I figure once we’re over there and I get on the course, it’ll all go away.”

The tournament originally was slated for the week after Easter, but has been postponed due to the coronavirus.

The problem there is that Josh will be 19 by then, and the tournament is for golfers 18 and under. However, the tournament will be extended to 19-year-olds next year due to the circumstances.

Josh said it will be his first time outside of the United States.

“I looked up the course a couple times and it looks pretty nice,” he said. “I’ll be competing against a bunch of different kids from different countries. It’s kind of cool. I’ll get to experience something that a lot of other people don’t.”

Sandford made a good impression on MOV Junior Golf Tour director Eric Keffer in the summer.

“This kid is everything that is good and pure about junior sports,” Keffer said. “He will be competing with over 250 kids from over 25 countries.

“Josh and his family are so excited to be able to travel to Ireland and participate in this wonderful event.”

Josh is happy to have the chance to golf competitively even after his prep career is over. This fall, he helped lead the Bryan Whittekind-coached Tigers to a sectional championship. His ability to drive the ball long off the tee and his consistency with his iron shots helped him put up solid scores regularly. He cherishes the memories he made with his high school teammates.

“It’s kind of crazy how you go from not knowing them that well, then as you go throughout the year, they kind of become like your family,” Josh said. “It’s crazy how close you can get with them.”

On being sectional champs, “We pushed pretty hard for that,” he said. “We were determined. Bryan kind of bribed us a little bit. He said, ‘If you win, we’ll get shirts.’ Well, we won, so we got shirts. They say ‘Marietta Golf’ on the front and have all the different tournaments we won on the back.”

All of Josh’s success, on the golf course and in the classroom, didn’t come without first dealing with adversity.

At just 2 years old, he was diagnosed with leukemia and had to undergo three years of chemotherapy. Thankfully for Josh, he was young and doesn’t remember much from it, but his mother does.

“As a parent it was terrifying,” Tracy said. “We went to Columbus where he was diagnosed. We were there for three weeks, and the amount of kids on that floor, it was unreal. You don’t think about things like that until it happens to you. They said he may have trouble learning, but he didn’t.

“He goes back every year to Children’s for a checkup. He’s doing really well.”

These days, Josh golfs any chance he gets when he’s not working or doing school work. He prefers to play at Lakeside Golf Course in Beverly.

“I usually go out with my dad, my coach or my buddies,” he said.

“I wouldn’t have been able to get this far without Bryan, my coach. I would definitely say that, as well as my friends and my family. They pushed me to stick with it.”