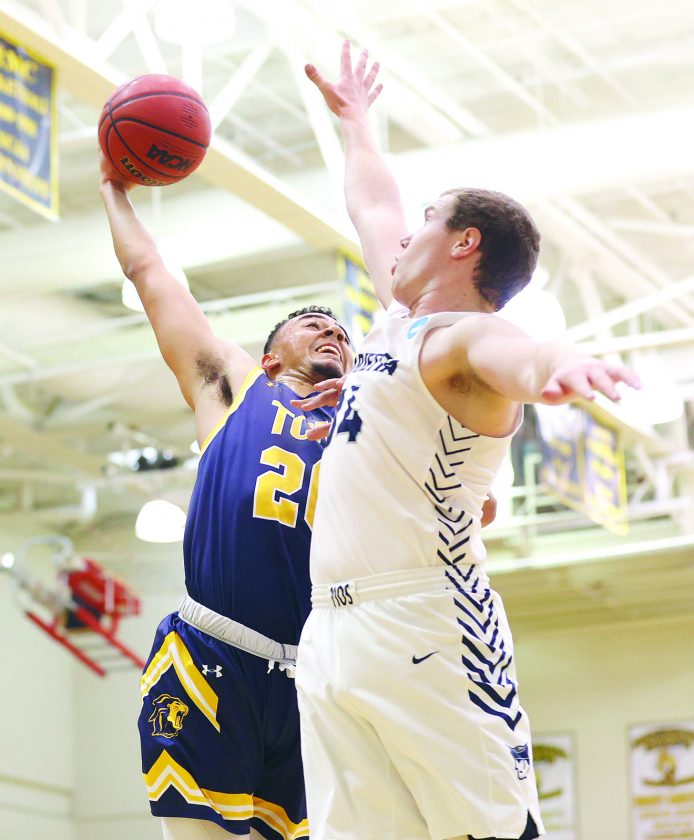 ASHLAND, Va. — Marietta College got off to slow starts in both halves.

The Jon VanderWal-coached Pioneers recovered during the first 20 minutes but not in the second half en route to an 89-73 setback to The College of New Jersey Friday in an opening-round NCAA Division III men’s basketball game at Randolph-Macon College.

“We didn’t play very well,” said VanderWal. “But give The College of New Jersey credit. They shot the lights out.”

With the loss, its third in the last four games, MC (21-7) bowed out of NCAA tourney play. The Pioneers were paced by Jason Ellis, who tallied 23 points and had four assists.

Lukas Isaly added 16 points, and senior Caleb Hoyng netted 10. Mike Hall, the only other senior on the roster, finished with five markers while Tim Kreeger collected a team-high nine caroms.

Ellis, Isaly, and Kreeger all were All-Ohio Athletic Conference honorees.

TCNJ (21-8), meanwhile, advances and is scheduled to play either host Randolph-Macon or Wesley at 6:30 p.m. Saturday. The Matt Goldsmith-led Lions extended their winning streak to nine and have now won 16 of their last 18 contests.

Six-foot-five senior Randall Walko led The College of New Jersey with a game-high 32 points, including 18-19 from the free-throw line, and nine rebounds. Travis Jocelyn chipped in with 22 points while Ryan Jensen recorded a double-double with 15 points and 10 rebounds.

A P.J. Ringel bank and back-to-back triples by Tommy Egan and Walko staked the Lions to a quick 8-0 advantage.

The lead then exchanged hands seven more times and was tied twice before the Lions closed out the first half with a 10-3 run and a 45-38 advantage.

Walko led off the second half with a dunk and that was followed by Jocelyn’s trifecta which gave TCNJ its first double-digit (50-38) lead of the game. Soon, the run reached 10 unanswered points and a 55-38 lead.

At the 16:13 mark, Isaly got the Pioneers on the board with a pair of freebies.

Coming back, Christian James drained a 3 for MC’s first field goal of the second half. Shortly thereafter, Ellis made a trey and Hoyng hit a jumper to cut it to 16.

Still whittling away at the Lion lead, Ellis converted 5 of 6 freebies to cut it to 74-62.

Then, the OAC first-teamer knocked down a 3 to reduce it to single digits.

Another Ellis trifecta cut it to eight (78-70), but that’s as close as the Pioneers would get.

Down the stretch, the Lions were deadeyes from the foul line, and kept Marietta at bay.

“It’s not the way we wanted to finish the season,” VanderWal said. “But we’ve got great kids and a great program here. We’ll be back.”