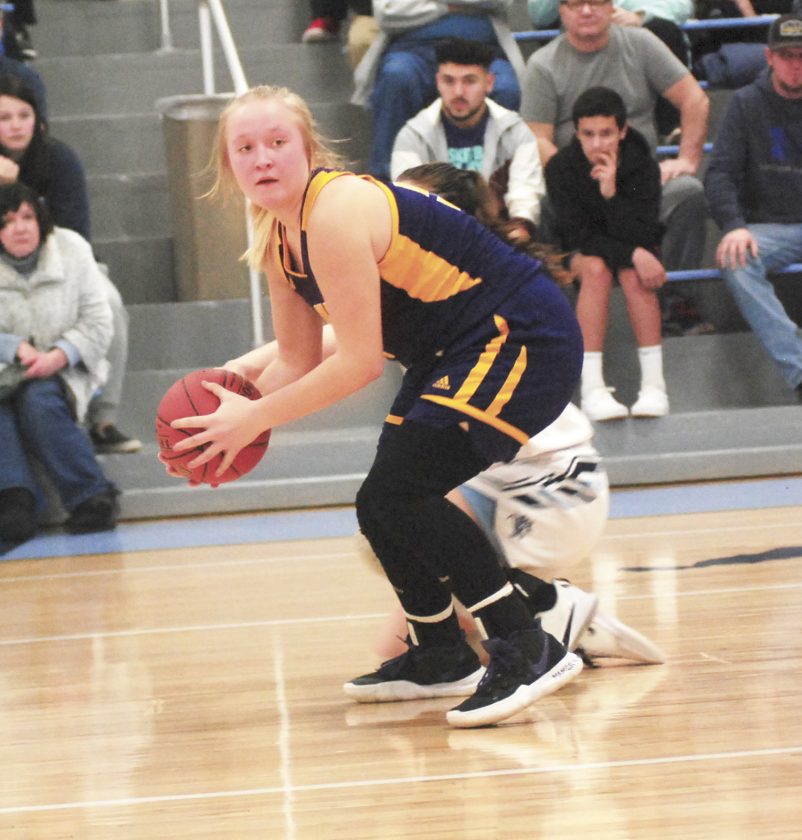 After a four-year absence from the Charleston Coliseum and Convention Center for the final games of the season and with mere hours left on the clock until the Blue Devils returned to the Class A state tournament stage on March 13, the opportunity for a triumphant end to a four-year rebuild vanished via two big decisions.

St. Marys’ chance to face the MaxPreps.com nationally ranked Irish then promptly went up in smoke.

“The task in front of them was a pretty big mountain. But at least they would have had a chance to climb that mountain,” said a disappointed for his girls St. Marys head coach Howie Meeks on if the tournament had resumed.

Luckily before schools across the state were asked to cease all athletic activities for the remainder of the season, there had been one final bonding session over a team meal at Logan’s Roadhouse – the night the Blue Devils were supposed to play the Irish at 5:30 p.m. Among the topics of discussion sprouted the saplings for what the head man believes will be a very good start to a jump to Class AA next season.

“The girls weren’t talking about themselves but they were talking about the positives of the season and enjoying the moment. They had learned to come together this season and had become more resilient through some of the trials we experienced as a team,” said Meeks.

Though little changes in terms of familiarity in their new Class AA Region I home, who they face if they advance to the state tournament next season does. Class AA and A tournament regulars in Wyoming East, Frankfort, Bluefield and Summers County awaiting the Blue Devils makes continued improvement priority No. 1.

Fortunately for Meeks, the Blue Devils return a large and experienced group. Kylie Wright, Lara Fetty, Olivia DeWeese, Zoe Davis, Josie Moore, Millie Kehrer and Mackenzie Smith form the backbone of just how far the Blue Devils can go. Wright and Fetty especially displayed their full capabilities over the course of the 2019-20 season.

Wright developing into more than just a shooter and earning Class A All-State third team honors are accomplishments Meeks hopes pushes her even more over the summer. These improvements along with Fetty “starting to see the vision I have for her,” are big. The junior, earning an all-state special honorable mention, providing a dynamic postseason run aided greatly in the Blue Devils snapping their state tournament drought.

Together, the duo gives the Blue Devils a dynamic one-two offensive punch only bolstered after the continued emergence of Davis, Moore and DeWeese.

Moore’s 19 points against Cameron in a regional co-final showed more along the lines of what Meeks would like to see from his point guard. They also could be the key to giving St. Marys a versatile big three in scoring ability. “She has to take it (the ball) and deliver it herself and be more than just a mail person,” he said.

DeWeese and Davis picked up on more of the action this season as well, according to the head man. Meeks planning to push Kehrer and Smith for more scoring down on the block now that they have learned the defense adds two more threats.

“I think for us it is going to be a feeling out process. Not much changes in the regional alignment until you get further down the road. When you pull the room together it shows what we can do and how we can step up. It isn’t going to be easy. Magnolia brings back two 6-footers. Ritchie’s leading scorer was a freshman and then the reward for winning the section is Parkersburg Catholic or Williamstown. Those are two strong LKC teams in the section, but while the path doesn’t get any easier, I don’t think it is impossible at all with what we have coming back,” said Meeks.