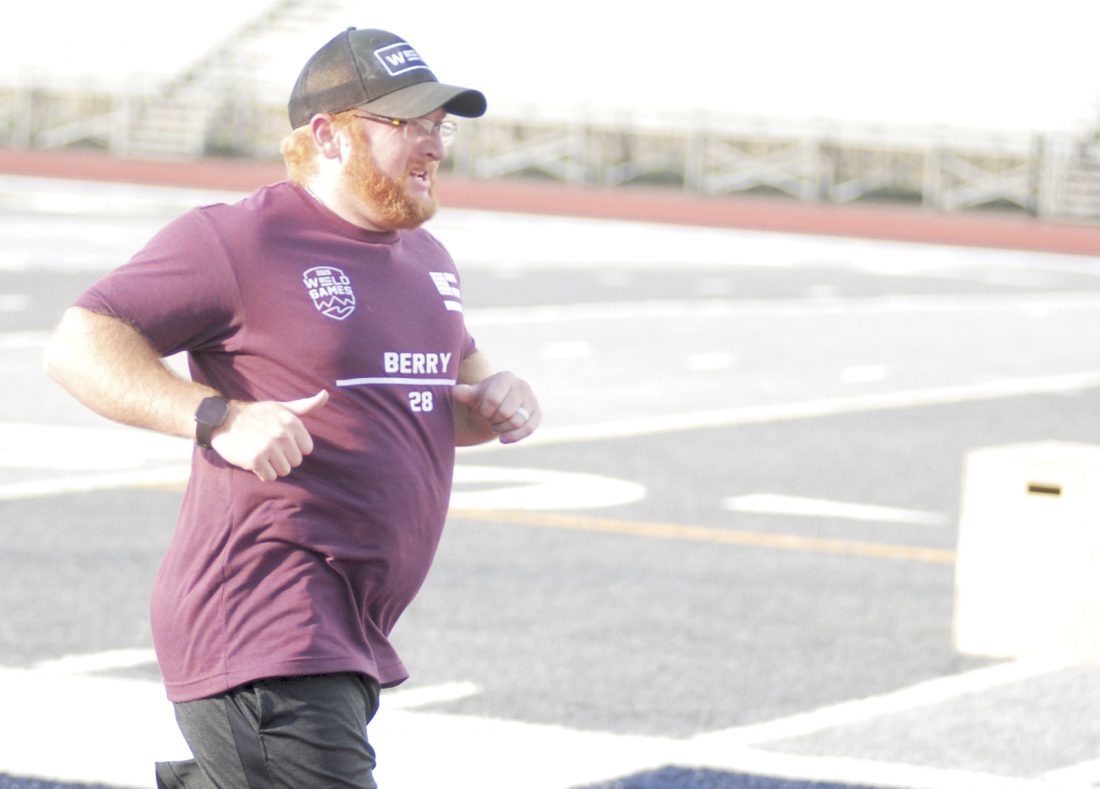 MARIETTA — A quartet of overall champions were crowned following the two-day RX and Scaled Crossfit competition known as the 2020 Weld Games.

On Friday night, more than four dozen athletes competed at Marietta College’s Don Drumm Stadium to start everything off.

The final events of the competition, which had six total, were completed at CrossFit Weld located inside MOVement Fitness.

One of the events they had to tackle was the “Drumm Roll” that featured three individual rounds to start the games. Along with doing a 400 meter run, box jump-overs and a hand-stand walk, they had to deal with D-Ball by Mondo medicine balls.

“We had 45 last year and we were expecting close to 70 to 75 this year, but with the shutdown we didn’t know if we were going to have it,” said Brant Whited, who along with wife Ashley own MOVement Fitness. 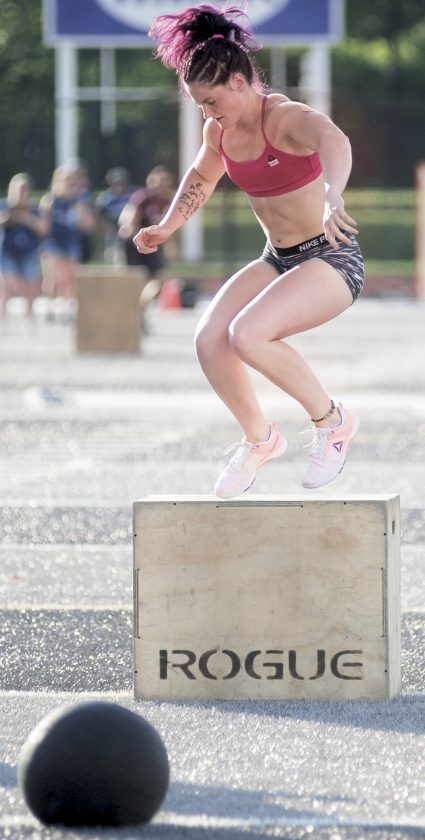 “We lost a couple months of marketing. We’re pleased with how many turned out and a lot of people are very excited. We had a few drop out from injuries, but really no one dropped out because of COVID.”

Athletes competed in either the RX or the Scaled version of the events.

“The Scaled is for the people who are not able to do the movements and stuff like the RX division,” White added. “Both events (men’s and women’s) are sponsored by D-Ball by Mondo and they are actually being generous and donating the event prizes to the winners of the events.

“We’re trying to establish ourselves and get this competition to be bigger. Next year we’re hoping to stream the event live so that way all these competitors will be able to send their links to the gyms and they can support their athletes with a live stream.”

Jason Karr, a native of Circleville, claimed five event wins and finished with just eight points to stand atop the field in the Scaled male division.

He shared his thoughts Saturday night on Facebook and noted, “hands down CrossFit Weld put on one of the best competition I have ever attended.”

Janette Hynes started off Friday night by dominating the “Drumm Roll” and hardly seemed phased by doing everything on the list thrice.

The Lexington, Kentucky native finished with just 10 points and claimed four event victories to win the RX crown. Twin sister Janelle was runner-up with 18 points and Tarna Lemieux had 19 points and was third. Both women captured one event title apiece. Caitlin Setser (27) and Ashley Kimberling (38) were fourth and fifth, respectively.

“This is my first time being here,” said Janette Hynes, who noted she came up with her twin sister and boyfriend Tyler Hardesty. “This is the only competition going on with COVID so we figured we’d come out.

“All the sanctionals for Crossfit got canceled and we had nothing to do so Tyler dragged us on up here. It’s awesome that they are doing this. I mean you don’t very often get to come out on a football field and throw down with the men.”

Jessica Moran bested the field in half of the events and had 13 points to win the overall Scaled female division. 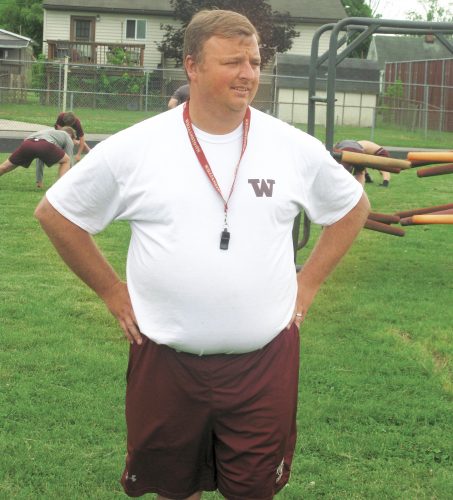