Trevor Oates runs during a drill at the same practice. All the Yellowjackets hope the program can continue its winning ways and reach the postseason for the 21st straight year.

Photo provided Warren Root took over as the director of golf at Greenhills Country Club back in April. 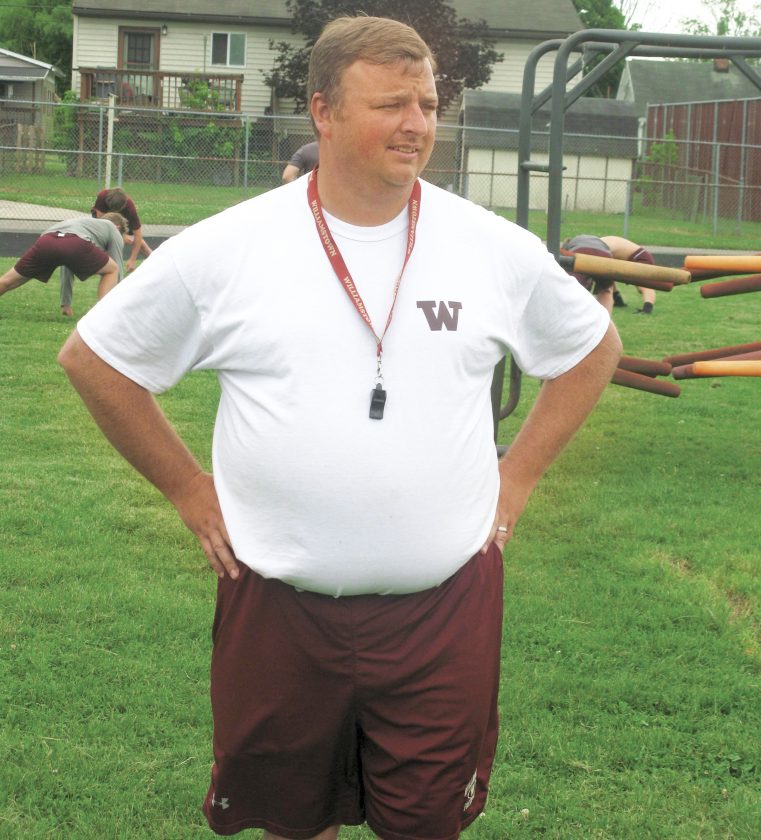 WILLIAMSTOWN — In the past 20 years the Williamstown football program has done a lot of winning.

A streak which dates back to the Yellowjackets’ time in Class AA, first-year grid boss Chris Beck is hoping 21 is indeed a lucky number.

Whether or not WHS can reach the postseason again remains to be seen, but the head man has reason for optimism.

“The spring has kind of been at a standstill getting ready for when they told us we could go,” Beck said. “For the fact we have a lot of new guys, it did give us some time as a staff to get together and process how we do things here. A lot of these guys remember and played here. We talked about how we’ve done things and tweaked things a little bit.

“Of course, our number one concern this spring was just making sure our guys were OK. You only get one chance to play high school sports. For those guys, you know, high school sports is something and I just feel really bad for those guys, especially the seniors. We checked on them because you never know what anybody’s home situation is like. You want to make sure things were good at home.” 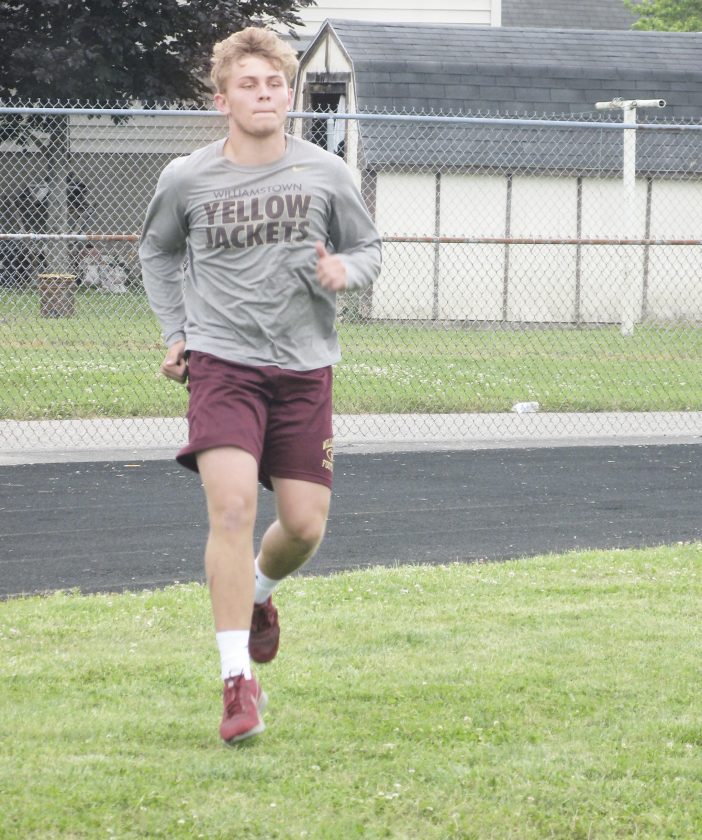 Trevor Oates runs during a drill at the same practice. All the Yellowjackets hope the program can continue its winning ways and reach the postseason for the 21st straight year.

The ‘Jackets have been working within the guidelines and are looking forward to the summer.

Beck said once they got word about Phase I and restarting activities for conditioning it was full speed ahead.

“The first piece was getting the staff together,” said the 2001 double-A first team all-state defensive lineman. “I think we got a really good staff. We looked for guys that I could trust and had a passion for football. We’ve got some guys, a lot of familiar names for Williamstown folks. These guys are all in and I couldn’t be happier with them actually.

“That was order of business number one, getting them in and up to speed and coach (Terry) Smith was kind enough and he ran winter conditioning. We had a great winter and part of that, too, he had a lot of baseball guys in there. He was getting ready for the spring thinking there was going to be baseball.”

Beck also noted “coach Lowers did just a fantastic job and I’m really, really happy with the workout that he’s got the kids on. Of course, we’re able to leverage some resources.

“It’s nice having a couple of alumni like Nick Meadows, who is in strength and conditioning at WVU, and Lane Knost. He’s coaching at Limestone. We pulled some ideas from them, too. It’s great to have guys like that out there you can reach out to and help us.”

Thanks to solid organization and the staff coming together as a cohesive unit, Beck has little to complain about.

“I think the big thing we’re trying to do is make sure that our kids are safe and we’re establishing a good base going into the fall,” said the West Virginia University grad. “We definitely hung our hat on our offseason conditioning around here.

“You’re concerned a little bit that we lost some of that time, but it’s an opportunity for us and our kids are just amazing. It’s just like it always is. They do whatever you tell them. I’m excited to get going.”

Even though it’s early, Beck was pleased for the most part with the overall shape his squad was in.

He said the expectations are still lofty and haven’t changed, which means a hopeful trip to Wheeling Island Stadium.

“I think it’s a great opportunity for our guys to see what we are made of,” he added while noting of the pandemic “the first test for a kid, you are home alone and how motivated are you? You found out Phase I who stayed in shaped and who didn’t.

“From a coaching aspect it really challenged our staff in regards to facing something we’ve never faced before and I’m telling you I couldn’t imagine these two weeks going better as far as from an organizational standpoint and how much work our kids are getting in.”

Suffice it to say there’s plenty of work left to be done before the season opener on Aug. 28 when the ‘Jackets invade Waterford for the first meeting between the two schools.

“Everybody is in the same boat. That’s good news for me,” Beck added of how things unfolded this spring and the upcoming three-week period. “We have a bunch of staff that’s never gone through an offseason before.

“The good news is nobody in the state has gone through an offseason like this before so maybe it’s good. It’s kind of the way we are looking at it.”