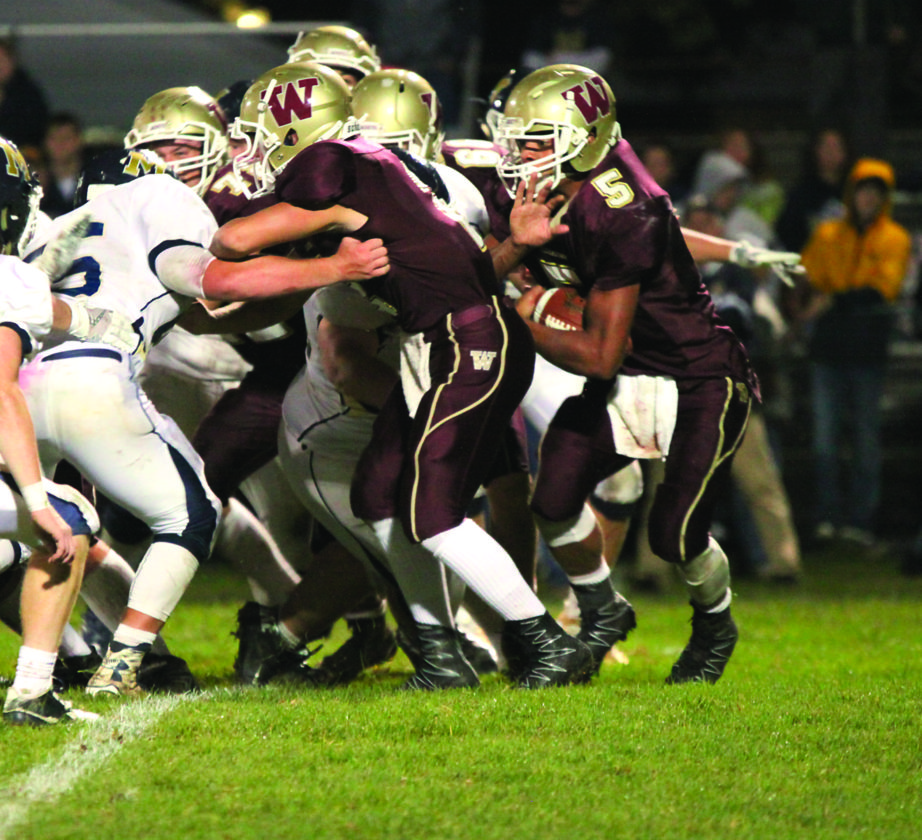 BAKER, W.Va. — Williamstown isn’t talking about payback, but the Yellowjackets could get some Friday night.

No. 16 WHS travels to Baker to take on top-ranked East Hardy (10-0) in the opening round of the Class A football playoffs. Kickoff is scheduled for 7 p.m. The Cougars ended the Yellowjackets’ 2016 season with a 20-14 win in the second round.

East Hardy defeated Petersburg 37-16 in the season finale to finish a perfect 10-0, and the Cougars have home-field advantage throughout the postseason. It’s the second consecutive year East Hardy has gone perfect in the regular season.

“I love where the program is going,” said East Hardy coach Chad Williams. “I think back a lot to the start of this decade and look at where we’re going. We have 80 wins in the past eight seasons. We’ve definitely turned a corner and exactly where we want to be.”

Williamstown will have to figure out a way to shut down East Hardy quarterback Clay Skovron. He wasn’t very accurate against Petersburg, but his 13 completions turned into 224 yards, four touchdowns and one interception. He threw 32 passes, while also rushing additional 15 times for 79 yards and two touchdowns.

Williams said they played a tougher schedule this year, but the first-string defense still only gave up 10 touchdowns this season.

“That’s what we’re priding ourselves on right now,” Williams said. “We just have to put enough points on the board to win because our defense doesn’t give up much.”

“We get turnovers and put the offense in good field position,” Williams said.

The Cougars run a spread offense, but Williams said it has more balance than most people realize.

“A lot of people would call us a passing offense, but most years we run it about 60 percent of the time,” he said.

Williamstown lost to Wheeling Central Catholic 28-23 in the third week of the season, so the Yellowjackets should feel OK about facing the Cougars.

Williamstown (5-4) has won four of its last five games to earn the playoff berth – the 18th consecutive year the Yellowjackets have reached the postseason.

“I think that we expect it. Our guys expect to win, and getting into the postseason is just one of the things we expect to do,” Smith said. “You can talk about it, but you have to do it and our kids work hard.”

Williams said East Hardy has the second longest streak in Class A at eight straight years.

“This is not your normal 1-16 matchup,” he said. “Williamstown has consistently, throughout the 2000s, been right at the top of single A. Terry does a great job there. He has for years. When I got to East Hardy, I think everyone in Class A wanted their program to be like Williamstown.”

The Yellowjackets easily defeated Tolsia in the regular-season finale 42-0 after a 21-day layoff.

With sophomore Donathan Taylor not dressed, sophomore Ty Moore led the rushing attack with 13 carries for 88 yards and touchdown runs of 35, 1 and 15 yards. Junior quarterback Carter Haynes has been a critical part of the Williamstown offense this fall, and he passed for 100 yards and rushed for 81 yards and two touchdowns.

The Yellowjackets also like to balance the running game with bruising back Evan Amos, who rushed for 52 yards last week.

When WHS turns to the passing game, Haynes has plenty of targets – most notably Preston Mayer, Bradan Mullenix, Collin White and Eric Brown.

Smith is pleased with how his squad has improved over the season and believes the future is bright in Williamstown. He knows the Yellowjackets will have their hands full on Friday.

“We watched some video on them, and they are very good. They have some great players,” he said. “We got into the playoffs which is good. The bad part is we have to travel 4-and-half hours and play the No. 1 team in the state.”

Williams said the forecast at game time is calling for the wind chill to be in the mid-20s.

“I hope the people will brave those temperatures and come out to the game,” Williams said.