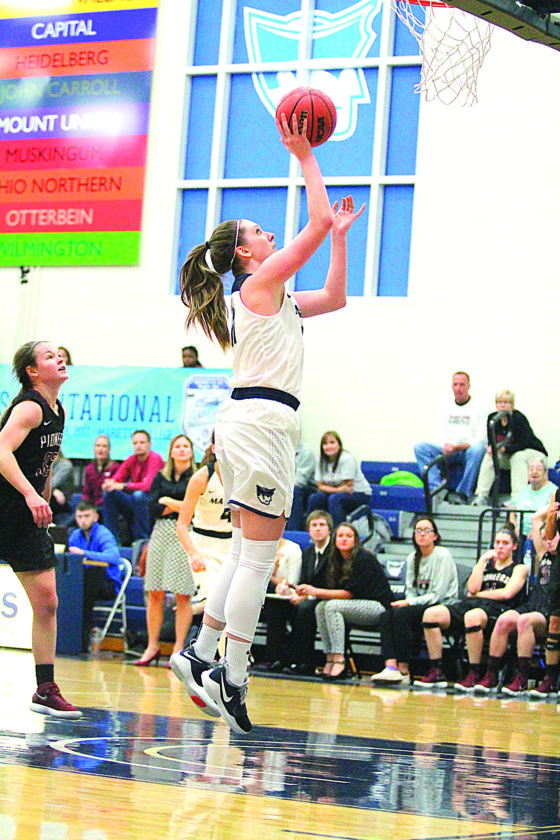 But it’s the other end of the court that has MC head coach Kole Vivian a little concerned.

“We need to be a little better on the defensive end,” said the second-year boss, whose navy blue and white cagers are giving up an average of 72.5 ppg.

“They can fill it up, so if we don’t get those issue fixed on defense, they’re going to be able to score a lot of points,” Vivian said.

Also in action at 7 p.m. tonight, the NCAA Division III, No. 6-ranked Marietta College men (4-0) are slated to play winless Otterbein University (0-5) in an OAC opener in Westerville.

Look for Alexis Enochs (9.8 ppg) and Laura Pullins (7.5 ppg) to be the first people off the pine.

“That’s something that makes us unique,” Vivian said. “We’ve got so many people that can score. They’re fun to coach and watch.

“It’s tough for teams to be able to guard us, because our bench is so good. Alexis (Enochs) is one of the best players in the league, and she’s coming off the bench for us.”

In a preseason OAC poll, Marietta was picked number two while Otterbein was sixth.

“Being picked as the number two team in the conference has kind of put a bull’s-eye on our back,” Vivian said. “But it’s something we’re getting used to. Teams will be giving us their best shot each night. So, we’re excited about Wednesday, but we’ve got a lot of work to do.”

Borich, the MVP in last weekend’s Turkey Shoot at the BanJo, agreed and added, “We’re excited to see what we can do this week and how we come out. Once we start conference play, that’s when it really matters.”