Williamstown falls to Ritchie in 5 sets at state 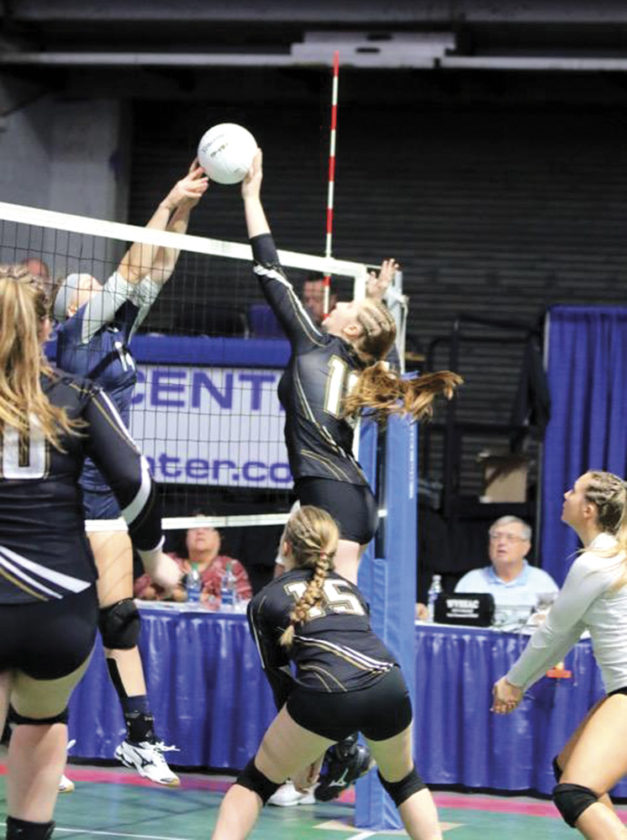 Wirt County, which is seeking its 11th overall state net crown while the Rebels are going for their third, breezed past Greater Beckley Christian in the semifinals by scores of 25-20, 25-15 and 25-12 in a match which lasted just 54 minutes. The Tigers lost the opening set of their quarterfinal match versus Tyler Consolidated, 23-25, but won the next three — 25-18, 25-22 and 25-14.

“We are not playing well, lots of mental errors and just not focused on what they are supposed to do,” said Tiger head coach Janet Frazier of her 47-3-3 program following the triumph against GBC, which couldn’t take advantage of 10 orange and black service errors.

“You can’t miss that many serves and expect to go very far. I mean, I’m very happy with where we are. They know they are not playing well. I don’t think it’s a lack of effort, but they’ve just got to learn to focus a little harder.”

Ritchie County head coach Matt Carpenter’s squad, which will carry a 31-12-2 mark into today’s title tilt, secured match point when Abi Haught got a left-handed kill from one of setter Brianna Jones 25 assists.

“That was pretty good, wasn’t it,” quipped Carpenter after the match. “It feels great to have a shot. We’ve worked so hard all season wanting to put ourselves in this situation and now we’re here. We know it’s going to take a special effort to beat Wirt. We are one of the people who put a blemish on their record.

“We know that we can beat them, but we know that we are going to have to play at a high, high level. Janet does an exceptional job as she always has here at the state tournament. She’s renowned for her state titles. We’re hoping to give them a run.”

The Crusaders had no answer for Tiger Haley Moore, who had a match-high 20 kills, or Kylie Stephens (17 kills). Setter Katie Frazier added two kills and 36 assists while Taylor Anderson had four aces and 13 digs. GBC was led by Abby Hill’s six kills and Regan Hogan’s four aces and eight assists.

Osborne had 14 kills versus the Yellowjackets, whose defense allowed 14 aces to the Rebels. Tallman (24 digs), Jones (28 assists), and Abi Haught, who almost double-doubled with 11 kills and nine digs, led the way.

Following the single-A state title match, Philip Barbour will go for its third consecutive Class AA crown when the Colts take on Winfield.

The final match of the day will pit defending Class AAA state champion Musselman against Spring Valley. Triple-A favorite George Washington was upset in the quarterfinals by Hedgesville — 15-25, 25-19, 18-25, 25-23 and 15-12.