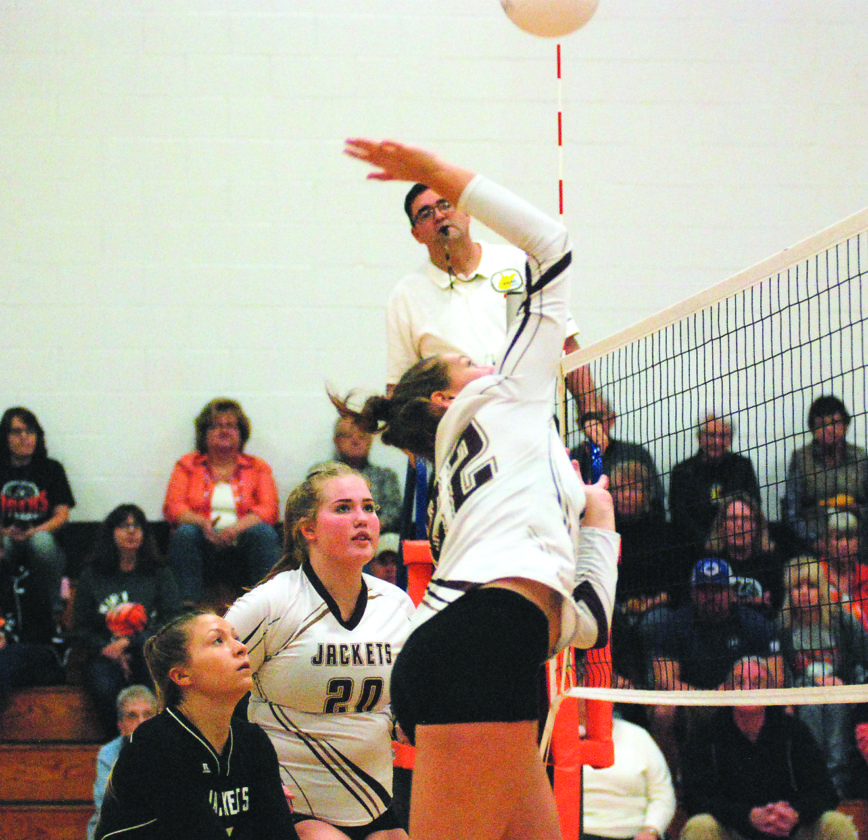 WILLIAMSTOWN — There was a chance Little Kanawha Conference volleyball programs Wirt County, Ritchie County, Williamstown and Tyler Consolidated could meet in the Class A state semifinals on Friday evening inside the Charleston Civic Center.

As it turned out, such wasn’t the case as Williamstown and Ritchie County will gets things started at 8:30 a.m. Friday morning in one quarterfinal while the Tigers and the Silver Knights square off at 1:30 p.m.

“I don’t think any one of us wanted it that way,” said Williamstown head coach Rachelle Cole of the matchups.

Rebel boss Matt Carpenter, whose team has a 29-12-2 mark and defeated the Yellowjackets in four sets back on Sept. 21 in Ellenboro during their only meeting, also was hoping the bracket would break differently.

“I wish they would seed the teams,” Carpenter admitted. “I think four of the better teams are playing each other right off the bat. I think East Hardy is in the mix there somewhere. I’m not going to say it was disappointing, but I think they could do it a little better than they do it.”

“I’m sure she will have her team ready to play. I got to watch them at the sectional and they seem to be playing very well and their defense is very scrappy.”

Williamstown boasts just two seniors in libero Skylar Watson and setter Tori Tadlock. The Yellowjackets have a plethora of hitters who can do damage with the likes of Bethany Arnold, Skyler Chancellor, Kayla Bauman, Faith Hoosier and others.

“I think we’ve changed our lineup four times since then (loss at Ritchie),” Cole said of the ‘Jackets tinkering with things during the season.

This is Williamstown’s fourth consecutive trip to the state tournament and Cole gives a lot of credit to her seniors.

“They are both very passionate about the sport,” said the coach. “They both tend to be two of my calmer players. They tend to keep their composure very well, especially in pressure situations and they both serve well. They are very team oriented. They both have such great attitudes all the time.

“We know Matt is a very good coach and he always has them ready. We know they are very scrappy. We have kind of a friendly rivalry with Ritchie. We are always out to want to beat them. It did not go our way the only time we saw them. I think that sticks in the girls’ minds. They feel like they could’ve won or should’ve won. They have a loss to them and they want to fix that. They want another chance.”

That’s exactly what Williamstown will get. The winner of the 8:30 a.m. battle then will return to action at 6:30 p.m. Friday in the state semifinals. Awaiting the ‘Jacket/Rebel victor is likely defending state champion East Hardy, which will take on Greenbrier West around 10:30 a.m.

“We’ve been running this lineup since midseason,” added Carpenter, who has has guided the Rebels to state in each of his four seasons as head coach. “It’s a 5-1 and Bri Jones has done a great job for us as a setter. Abi Haught led us in kills (for the season) and Kenda Osborne has been playing really well for us and the last three matches she’s led us in kills.

“Lauren Strickland, our backside hitter, has been contributing. Of course, we got Cassie in the back row who keeps everything alive for us.”

The Rebels, who are in their second season of playing in Class A, are the only team in single-A to give Wirt County a loss this fall.