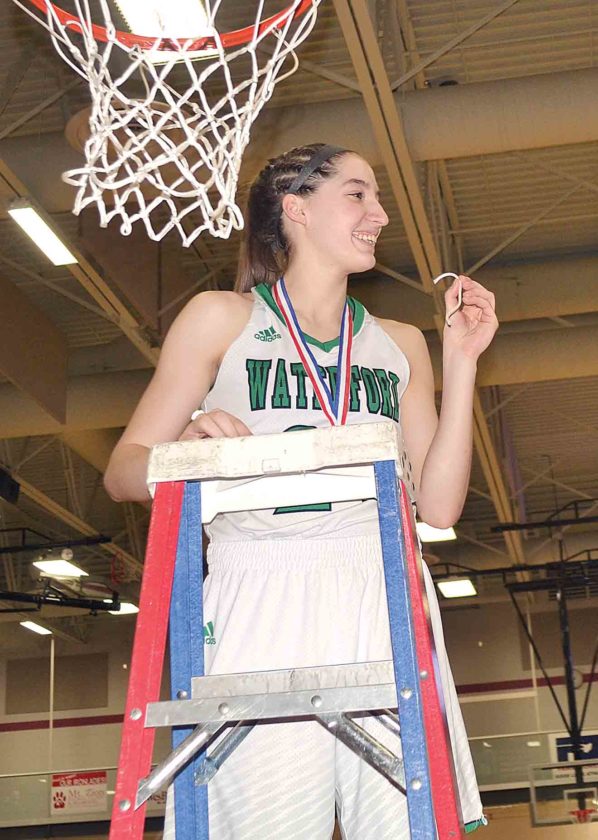 JACKSON — Waterford High was in a shutdown mood on defense.

“Defense wins championships,” said WHS head coach Jerry Close. “And, that’s what we do best is play defense. The girls did a nice job, especially in that first quarter.”

With the win, Waterford, No. 1-ranked in D4 with a 19-1 record, will face undefeated Portsmouth Notre Dame (23-0), a 53-29 winner against Peeples in Thursday’s nightcap, next Thurs

day in a 7 p.m. regional semi at Jackson.

The Wildcats were paced by Alli Kern’s 21 points, including four triples. She was also one rebound shy of getting a double-double. 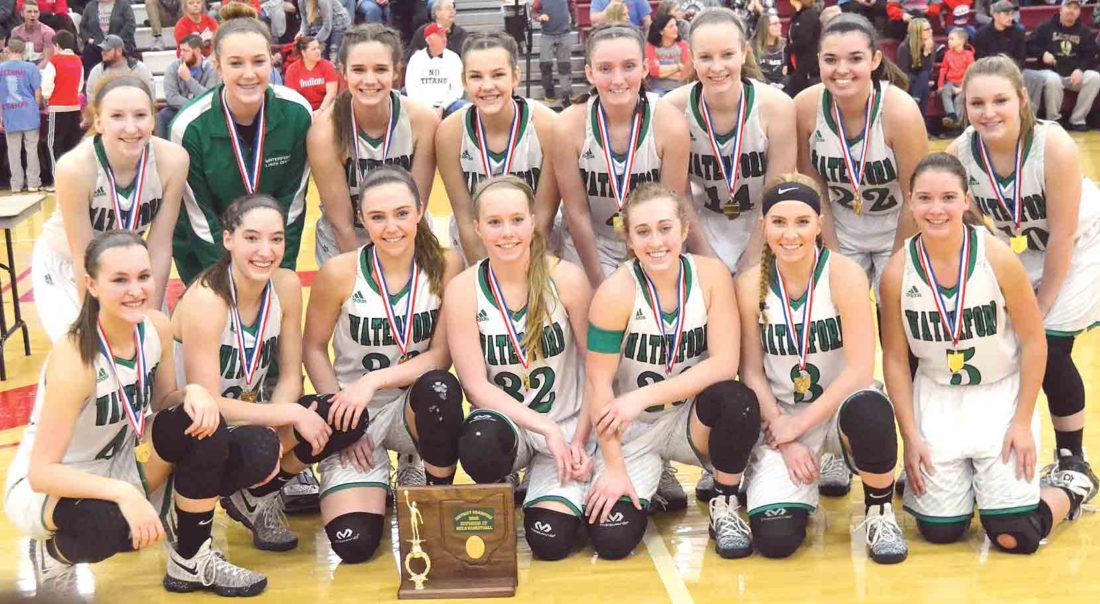 “I got some great passes from my teammates who were moving the ball around,” said the 5-foot-10 Kern.

Megan Ball, who got in foul trouble with three personals in the first half, added 15 points, seven boards, and three assists.

“My team really picked me up when I got into foul trouble, and got me back into the game,” the 5-11 Ball said.

“We have a team mentality, and we look out for each other.”

Rachael Adams chipped in with 12 points and had three steals.

“Offensively, we did a nice job,” Close said. “I thought the balance was good tonight and was happy with the way we finished.

“We got contributions from a lot of them. A couple of them passed up some shots, and we’re going to have to get them to shoot the ball a little bit more.”

Glenwood exits with an 18-4 mark. The Tigers were led by Mariah Buckley’s seven points.

Kern (8) and Ball (6) combined for 14 first-quarter points, and helped stake Waterford to an 18-2 advantage.

“They (Tigers) came out in that triangle-and-two, and we’ve been wanting to see that,” Close said. “We’ve had some people run that for some possessions but we haven’t had anybody run it for as long as they did. And, our girls did a nice job of adjusting. We knew what we could do with it if someone played that. It was nice to see someone stick with it a little longer.”

Meanwhile, Glenwood couldn’t buy a bucket in the opening period, going 0-for-6. Plus, the Tigers turned the ball over seven times.

“We had to come out strong again,” Kern said. “We knew this team would give us a good challenge.”

Added Ball, “I think the key for us is to getting off to a good and hot start. That way, we keep our momentum going and keep it going throughout the game.”

In the second quarter, the rout resumed with Ball scoring four straight points and Adams getting a deuce to make to 24-2.

At the 5:45 mark, Buckley scored Glenwood’s first field goal of the contest. But the Wildcats still had the upper hand.

“In the second quarter, we got into a little foul trouble and got a little out of sorts, but once we got our legs back, we were all right,” Close said.

Waterford led 28-11 at the intermission.

Kern continued to have the hot hand, scoring 11 third-quarter points as the Cats stretched their lead to 47-16. And, in the fourth quarter, the green and white cagers coasted home with the victory.