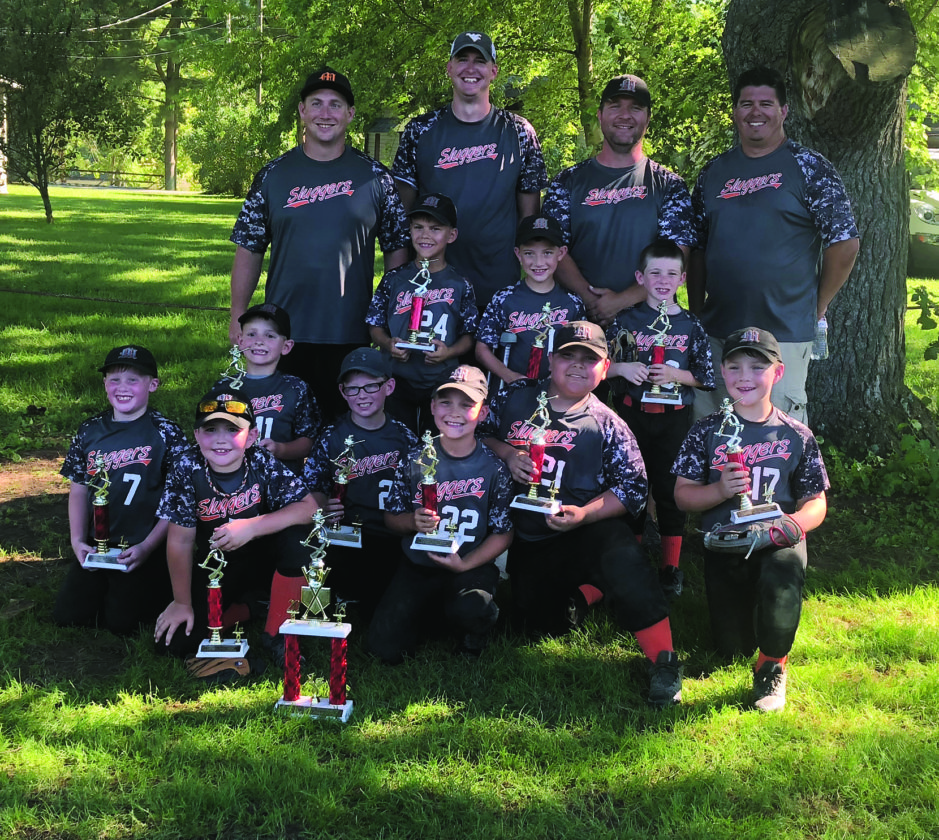 LOWELL — Even short-handed, the Marietta Sluggers 8u baseball team proved to be a formidable opponent in the Lowell Baseball League All-Star Tournament on Buell Island July 6-8.

Last Sunday, the Sluggers were crowned the tourney champs, minus right fielder Bryce Welch, when they claimed three straight wins on the final day of the event.

The night before, Welch injured his foot off the field and was on crutches at the start of Sunday’s contests. He had been available for pool play action Friday and Saturday.

The MS 8u squad opened up the single-elimination championship round with just three outfielders against Middlebourne and won 16-7. In 8u baseball, a team is allowed to have 10 players on the field. The OF positions are left, left center, right center and right.

As handicapped as the Sluggers were, Middlebourne was down to just eight players and had only two outfielders. Needless to say, Marietta capitalized on that.

But in the second game of the day against the Fort Frye All-Stars, the Sluggers had to play catch-up and trailed by three in the sixth and final inning. Rallying, though, they battled back, tied the contest, and won it in the bottom of the seventh when Cameron Stoneking tripled and scored on Brody Jones’ game-winning single.

With that victory, Marietta earned a berth in the Buell Island tournament championship tilt versus the Warren All-Stars.

Before the game, though, Marietta 8u skipper Ben Arnold had a chat with the Sluggers, and they focused on playing “for their hurt teammate (Welch).”

The Sluggers then went out and downed the Warren stars, 20-12.

A lot of credit had to go to the three outfielders — Ethan Barnhart, Jones, and Stoneking. The trio had to cover a lot more ground with Welch being sidelined.

The Sluggers were coached by Ryan Welch, Justin Mace, Chico Henniger, and Arnold.