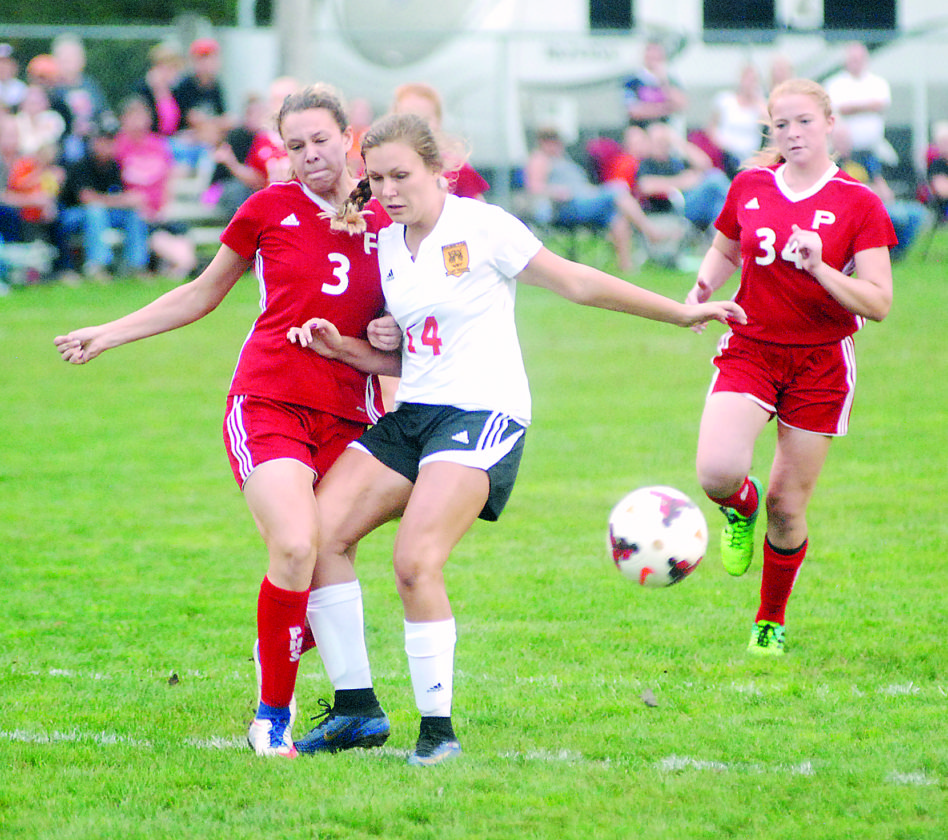 Marietta High will have the services of senior Lexie Mullen one more season on the pitch before she takes her soccer talents to NCAA Division II West Liberty University in W.Va. next year.

With that in mind, Mullen has some lofty team goals.

“My senior soccer season is quickly approaching, and as bittersweet as that is, I am still determined for us to have another great year,” said Mullen after committing to West Liberty in early June.

“As always, I have extremely high hopes and expectations for the Marietta Lady Tigers this season.”

Thing is, while Mullen is a seasoned, standout striker with 69 career goals and 11 assists, MHS is far from being one-dimensional.

Last year, Mullen earned All-Ohio second team honors and was named an Ohio Division I District Player of the Year with a school single-season record 29 goals and three assists.

But Emily Mendenhall, Brookelyn Heiss, and Courtney Schuck all excelled as well to help the Tigers finish 15-3-1. Grace Crosby, one of the seniors on that squad, will be continuing her education and playing soccer at Marietta College this upcoming fall.

Mendenhall, now a senior, was a second-team all-district selection as a midfielder with eight goals and seven assists.

Heiss, another senior, was a district honorable mention between the pipes with 61 saves. Like Mullen, she’s started every single match since she was a freshman.

And, Schuck had a huge impact as a freshman playmaker on the field last fall, finishing with a team-high 11 assists and five goals. Now a sophomore, she can only get scary-better.

According to Tiger boss Jeff Price, the 2017 District Coach of the Year, there were “30 girls total” on this season’s varsity and JV roster. Price will be assisted by Amy Mendenhall.

With Mullen, Mendenhall, Heiss, and Schuck leading the charge, Marietta High has the potential for a very special season on the girls’ soccer pitch.

“My teammates never cease to amaze me,” Mullen said. “So, I am excited to play alongside all of them one last time.

“I expect for us to only continue growing as a team, and for that to translate onto the field this season.”

And, Mullen has another reason to be excited about the upcoming campaign.

“My younger sister, Payton, will be a freshman this year, so I am very much looking forward to playing with her as well,” Mullen said.

“I have full confidence that my last high school season will be one to remember.”

Marietta High scrimmaged and dropped a 3-2 decision to Ripley High (W.Va.) of Jackson County Wednesday, Aug. 8, at the Devola Soccer Complex. Lexie Mullen and Torrance Nonnenmacher each had a goal with Emily Mendenhall and Kyleigh Lewis assisting, respectively. Between the pipes, Kennedy Schuck was credited with eight saves in goal while Heiss had two.

The Tigers are slated to kick off their season at Dover at 7 p.m. Aug. 21.