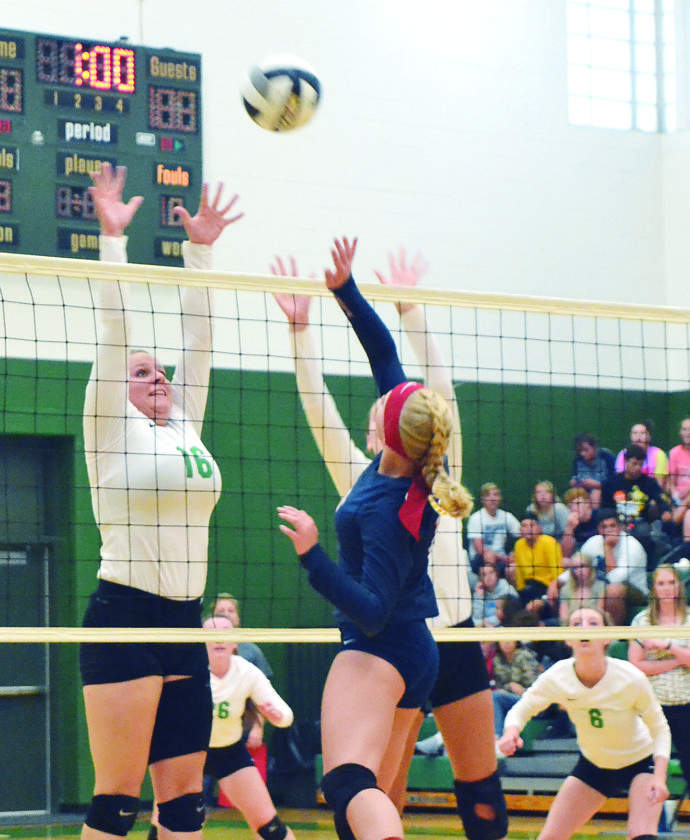 The senior outside hitter had 14 digs and 10 kills to help Waterford High sweep Morgan High, 25-23, 25-19 and 25-16, in a season and home volleyball opener at the Cooper Annex Wednesday night.

Teters had plenty of support from her Wildcat teammates. Senior backside hitter Denise Young had a match-high 13 kills; freshman setter Cara Taylor had an auspicious varsity debut with 27 assists; and senior libero Haley Klintworth had 16 digs.

“Our hitting was pretty good,” Barker said. “We’ve got some underclassmen and things we need to work on, but a win’s a win, and this was a great first game for us.”

Morgan fell to 0-2 on the season. The Raider netters are hoping to get into the “W” column tonight when they host the Michelle Tyo-coached Warren Warriors.

MHS was led by senior defensive specialist Jalynn Vincent, who finished with 24 digs, two kills and two aces. Setters’ Kenzie Zumbro and Makenna Welch each had double-figures in assists, while libero Avery Dillaha was credited with 17 digs.

Smith, a 5-foot-8 sophomore middle hitter, rolled her left ankle at the start of the third set and was not able to finish the match.

“She’s going to have an x-ray, and then we’ll see what they find out,” said Morgan boss Traci Baker.

After Waterford jumped out to a 6-2 lead in the first set, Morgan scored six unanswered points to take its first advantage of the match. From that point on, the lead went back and forth. With the scored tied at 23-all, the Cats called timeout.

The second set started out tight as well and was tied at 19-all before the Wildcats closed it out out with a 6-0 run.

It was a see-saw battle in the third set and was tied at 14-all before Waterford switched gears and won going away.

“You could definitely tell that we were tired,” Barker said. “This was the first day of school for all of us. So, the first match is always nerve-racking. Morgan’s a scrappy team and I think we were struggling to find holes on the floor.

“We’ve got to try to figure out when we’re up how to stay up, and not have that roller coaster effect when we’re playing.”

“And both teams fought,” the Raider coach added. “Waterford’s a really good team, and we’re working to keep playing hard and get better.”