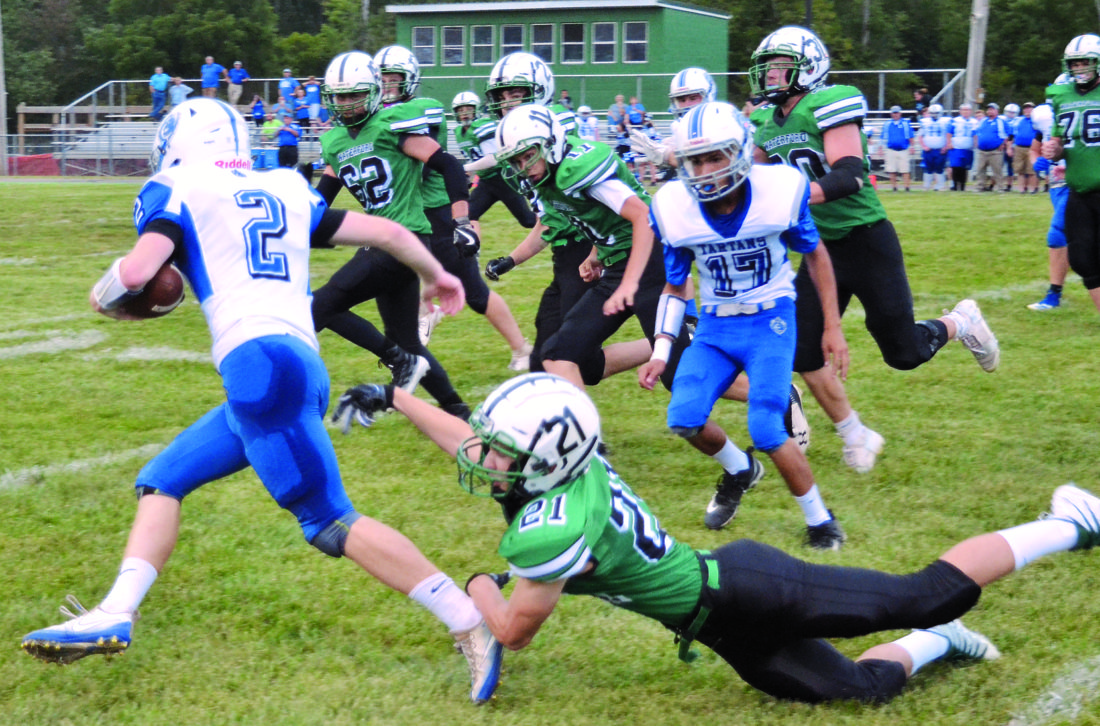 “Our kids played outstanding,” said WHS head coach Eric McCutcheon. “I told them they needed to be focused. We’ve got a lot of goals this year, and week one, we’ve got to take care of these guys. And they came out and played flawless ball.”

Waterford senior running back Braden Bellville led the Wildcats with 158 rushing yards on 13 carries and three touchdown runs of 6, 8, and 65 yards.

“He played outstanding,” McCutcheon said. “He was a little bit nervous at the beginning of the game for some reason. But he got rolling.” 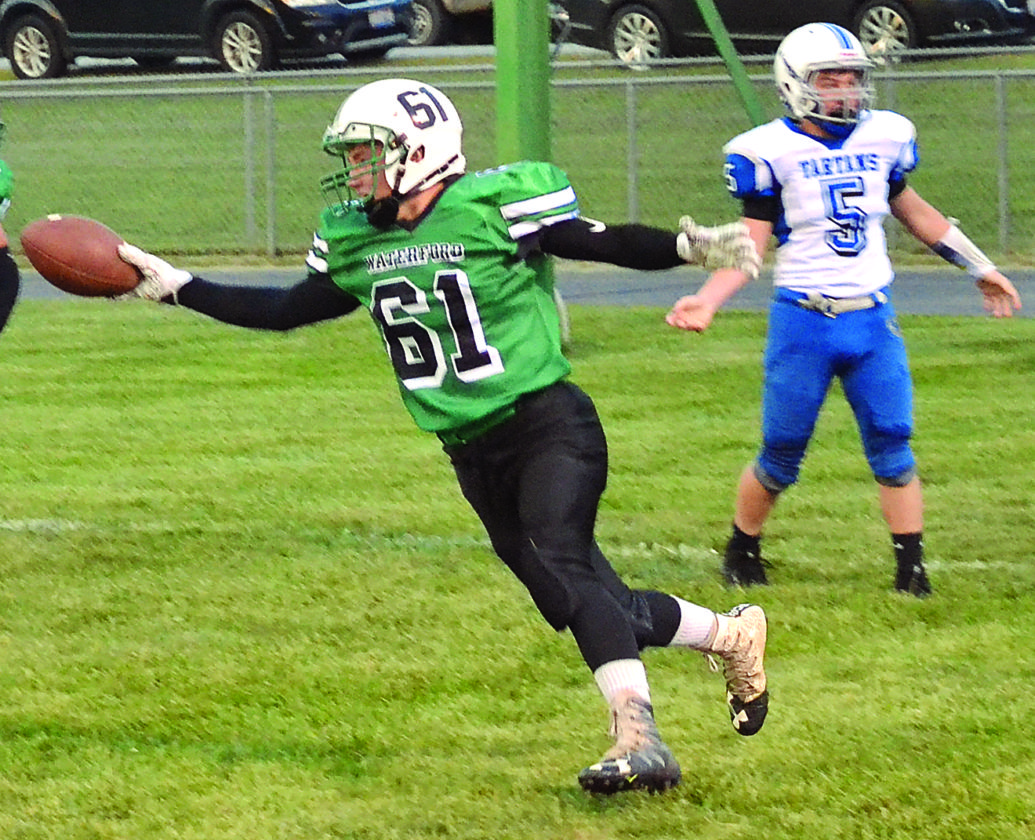 RON JOHNSTON The Marietta Times Waterford’s Owen Huck (61) celebrates after recovering a fumble in the end zone for a touchdown during a high school football game Friday night. Waterford won, 55-0.

WHS senior quarterback Peyten Stephens was 4-for-5 passing for 94 yards and two touchdown throws of 30 and 18 yards to Zane Heiss.

Wildcat freshman Holden Dailey added 96 rushing yard on three carries and two touchdowns of 76 and 14 yards in the running-clock second half.

“Our young guys got in and they played extremely well,” McCutcheon said. “It was just a great team effort.”

After receiving the opening kickoff, Waterford (1-0) marched 49 yards on four plays, capped by Bellville’s six-yard run to paydirt. Stephens then passed to George Pantelidas for the two-point conversion. Highlighting the drive, Stephens passed 36 yards to Pantelidis for a first down.

On the Wildcats’ second offensive possession after an East punt, Stephens hooked up with Heiss for a 30-yard scoring strike to make it 14-0.

Late in the first quarter, East’s Caleb Adams recovered a WHS fumble. But then the Tartans also fumbled in their own end zone, and Huck recovered it for his first varsity 6-pointer. Stephens followed that up with a two-point conversion pass to Rhys Thatcher, making 22-0.

In the second quarter, the rout resumed when Bellville scored his second TD of the contest on an eight-yard run.

After East fumbled and Joe Pantelidis recovered it, Waterford stretched its advantage to 35-0 when Stephens passed 17 yards to Heiss for a score, and Bellville kicked the extra point.

About five minutes before the half, Bellville electrifield the crowd with 65-yard touchdown run to make it 41-0.

With a running clock in the second half, Waterford didn’t score in the third quarter.

But in the final period, Dailey had a 76 yard run and 14 yard run to paydirt to cap all the scoring in the game.