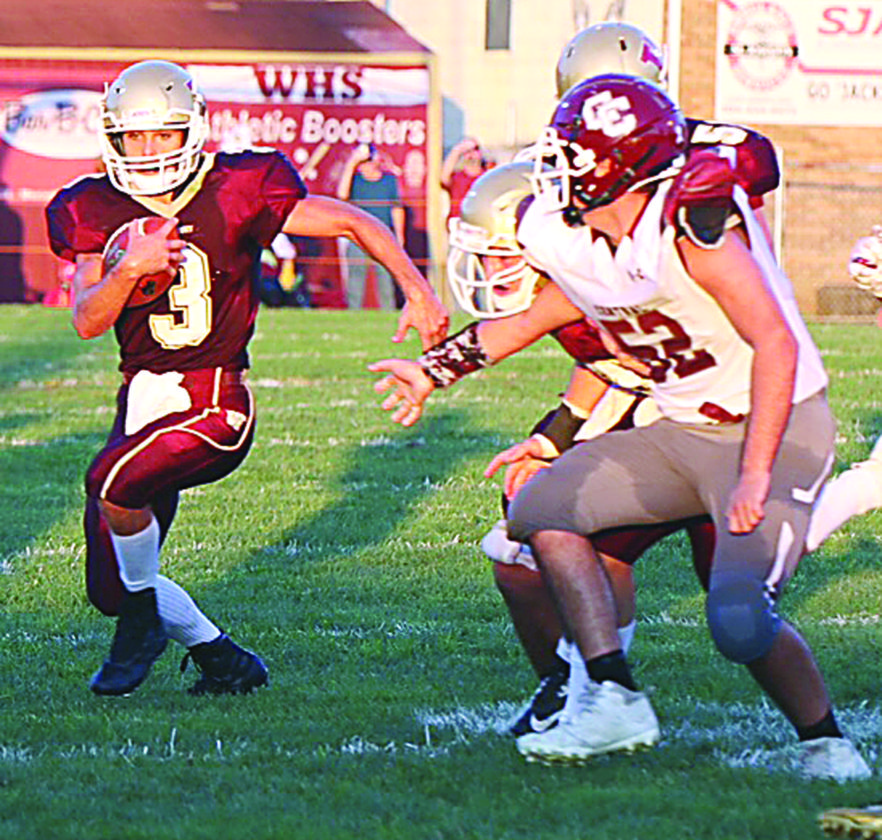 WILLIAMSTOWN — Call it whatever you want — David versus Goliath or underdog against favorite — but at 7 p.m. today inside Wheeling Island Stadium the No. 6 Williamstown Yellowjackets will attempt to dethrone defending Class A state champion and top-seeded Wheeling Central.

While the Maroon Knights are seeking an 11th overall state gridiron crown, the Yellowjackets and their six seniors are trying to garner Williamstown’s third state championship.

“You can’t really predict where you are going to end up and things of that nature,” admitted Williamstown head coach Terry Smith when asked about reaching the state title game after starting the year 0-1. “The seniors have hung in there and worked really hard. That’s the thing. You can coach and talk about it, talk about being a leader and being an example.

“These seniors, who get to play, you need them to be the ones who are demonstrating it and being all in and doing everything we ask. It can’t just be that guy or this guy. It’s got to be the seniors who know they are going to do this and do that. As coaches we talk a lot about it. We got to put the seniors out there and we rely on them. It’s basically the seniors’ team.”

Despite being a small 12th-grade class, the ‘Jackets have received great production from a plethora of underclassmen as well.

“We’ve got a young line, other than Skyler Blatt and Ryan Brown, our two seniors,” admitted senior quarterback Carter Haynes. “I think it’s made it a whole lot better for this team to grow as a brotherhood. It’s just been a ride.”

Going back to week one of the campaign, Haynes admitted it was “definitely a little bit of a surprise with how that first game went. Some of us didn’t know what was going to happen.

“We didn’t think about that (the loss) and just tried to move on and after the weeks past we started winning a little bit and got some more confidence.”

Confidence is something the Wheeling Central juggernaut is not lacking. Aside from basically being crowned the state champs for 2018 as soon as last year’s state title win against St. Marys was over with, the Maroon Knights are 10-1 all-time in state championship appearances.

Coach Smith has a pair of championships on his resume with titles coming in 2008 and 2014. Although few across the Mountain State are giving the ‘Jackets much of a chance at the upset tonight, the WHS head man is just glad to see his squad back in the Super Six.

“I think for myself, it’s been fun to go to practice,” Smith admitted. “Sometimes, you can’t really lie about it, sometimes it gets to be a grind, but again, these guys work hard and try to get better and it’s because of the seniors.

Haynes, who has started for three years on defense and two at signal-caller, is hoping he can help lead his team to their best performance of the season and then let the proverbial chips fall where they may.

“It’s been a really exciting year, probably my best year so far,” Haynes said. “We started out my freshman year with about 11 seniors and going from 11 to six, it’s a big change. We’ve just been trying to do what we do and just moving along. This year has been a really fun one for me personally and I’m going to miss it.

“Our students at our school are getting really pumped up and the fans, everywhere we go around town it’s ‘good luck’ and it’s really nice. We’re really fortunate for that around here.”