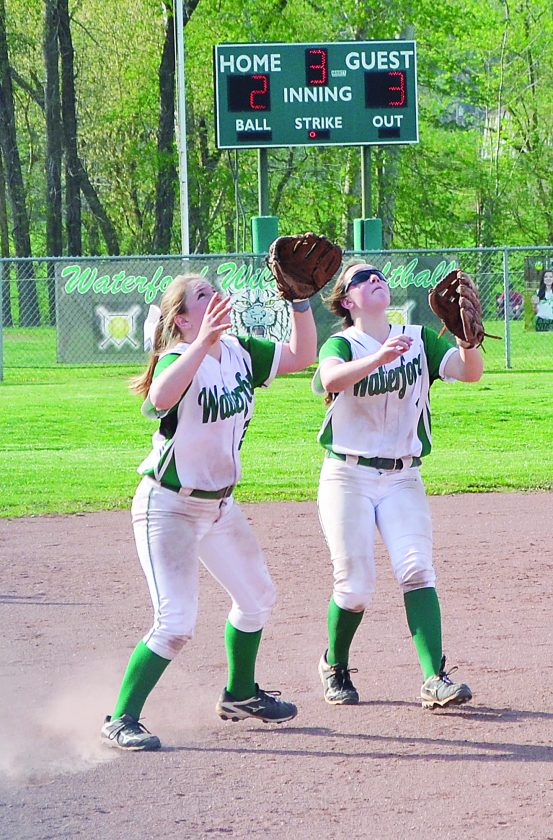 The Waterford Wildcats took full advantage as they combined 12 base hits along with nine Southern errors en route to a 14-4, six-inning win for their 12th victory of the season.

The Wildcats spotted Southern three runs in the opening inning before scoring four runs in the bottom of the third to take the lead and then blowing things wide open with six more in the last of the fifth.

“I thought we played a little sluggish at the start but then again this is our third game in as many nights,” said Wildcat head coach Doug Baldwin, in his 28th year at the helm. “We picked up a couple of big wins against Eastern and Trimble the past two nights so I’m not sure if we were tired or just looking past them.”

A run-scoring double by Caitlynn DeLaCruz and a two-run, two-bagger by starting pitcher Abby Cummins staked the Tornadoes to the early 3-0 lead.

The ‘Cats got two of those runs back in the last of the first on an RBI single by catcher Denise Young and a sacrifice fly by sophomore third baseman Alayna Jones.

After getting touched up a bit in the opening inning, Waterford starting pitcher Adah Smitley settled down nicely in the circle and allowed only one more Southern run over the next four innings.

The Tornadoes threatened to put together a big inning when they scored their other run in the top of the third, but an outstanding defensive play started by Smitley got the Wildcats out of a jam.

Consecutive singles by Kassie Barton, DeLaCruz and Jordan Hardwick loaded the bases before Cummins grounded into a fielders choice with Barton beating the throw to the plate to give the Tornados a 4-2 lead.

Bailey Grueser then grounded a ball up the middle which was fielded by Smitley, who fired home to Young for the force play and Young then fired the ball quickly to first baseman Riley Schweikert for a double play to end the inning.

Baldwin was pleased with his team’s defense on a night where they committed just one fielding error.

“Our pitchers have a lot of confidence that our girls are going to make plays behind them,” said Baldwin. “Our kids go hard at it. They will dive for balls and they play very hard.”

The Wildcats claimed their first lead of the game when they strung together three hits along with four Southern errors in the bottom of the fourth to take a 6-4 lead.

Freshman centerfielder Cara Taylor got the inning started with a double to the fence in straight-away center field and Marissa Neader and Smitley collected run-scoring hits in the inning.

Waterford blew things wide open in the bottom of the fifth, keyed by a triple by Young and a two-run homer off the bat of Jones over the left-center field fence.

“In practice she (Jones) hits them on a regular basis so she is capable of doing that anytime she is at the plate,” said Baldwin. “It was a great swing and she hit that ball a long way.”

The Wildcats put things away an inning early when they scored two more times in the last of the sixth thanks to consecutive base hits by Jones, Maggie Huffman and Sierra Hilverding.

Southern slipped to 5-9 with the loss while the Wildcats improved to 12-3 overall and 10-3 in conference play.

“We have really hit the ball well here lately and that’s a credit to how hard these kids are working,” said Baldwin. “All that hard work is starting to pay off.”