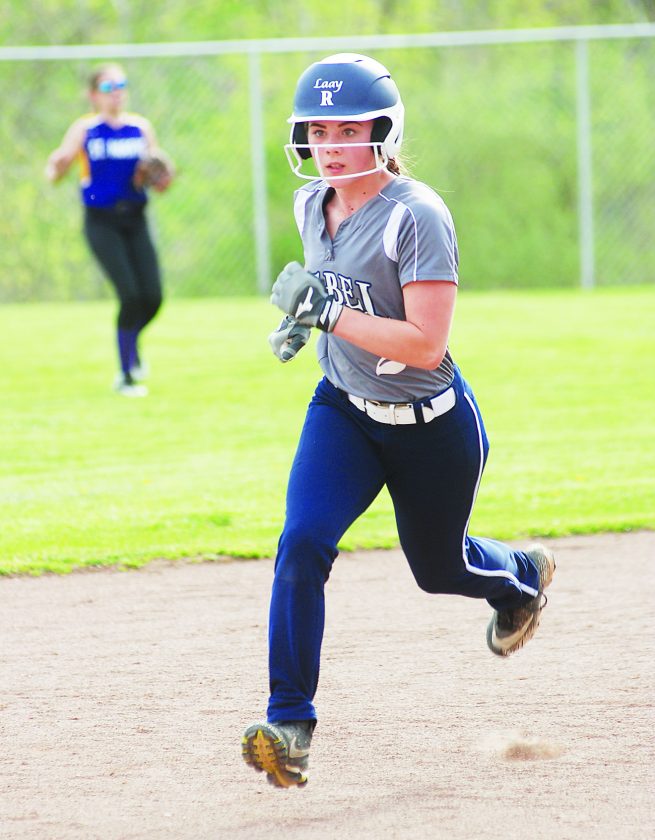 At the same time, the “host” Titans of Gilmer County head coach Wendell Tomblin will square off against Ritchie County with the winners and losers meeting around 7 p.m. to play the title and consolation games, respectively.

“The first game was 11-6 and last week we won 20-10 at Ravenswood in three innings,” said Roane County head coach Sam Salvucci of his 17-7 squad which is vying for a repeat LKC crown. “We’ve got a resilient little team and we’re back up to 11 players.

“We’ve got enough to put on the field and we’re going to show up. We’re anxious to get up there. I know everybody had it (repeat) in the back of their minds, but we took it one game at a time all season.”

The 16-9 Red Devils, who won the LKC two years ago in Spencer, have quite the offensive unit. Jamie Naylor paces the team with 10 wins and a 2.99 ERA. Rylin Tabor leads a dangerous offense with 16 doubles, three triples, four bombs, 43 RBIs and a .519 average.

“It was a goal for us,” said Ravenswood skipper Cindy Carmichael of getting back to the conference semifinals. “We’re still working on getting the little things done. I think we are a wild card. You never know who is going to make the spark for that game.

“One thing I can say is that this team doesn’t give up, different games, different situations and different people have stepped up for us. This year, not really one person does all the work. It’s a collective team effort.”

Ritchie County head man Dave Mossor’s Rebels will carry a 16-8 mark into Glenville with the talented Chloe Elliott toeing the rubber. Elliott leads the Mid-Ohio Valley with 15 wins, a 0.71 earned run average as well as 209 strikeouts in 117 2-3 innings of work. She’s also hitting .388 with three home runs and 22 runs-batted-in.

“There’s no doubt Chloe is the best pitcher around,” stated Mossor. “I’ve had six freshmen starting. I think these freshmen will eventually hit. I’ve got eight of them and I’m going to have six of them letter. The girls have to come in and hit.”

Gilmer County, which reached its first LKC tournament two years ago, is just one game above .500 at 13-12, but Tomblin likes his team’s chances.

“At Roane County two years ago is the first time we were ever in,” said the coach. “I thought we could get back in it. I’ve been telling them that for the last two weeks. We’ve just got to win games. If we win games we’re in.”

That’s exactly what happened as the Titans finished second in the LKC East behind Roane County, which didn’t lose a game on its side of the division.

Carrah Ferguson has 13 wins inside the circle for the Titans, who have received a monster year from Taylor McHenry. Aside from hitting .512, McHenry has 12 doubles, six triples, two home runs and 26 RBIs.

“I haven’t seen them play,” Tomblin said of Ritchie County. “We haven’t played them. If we can put the ball in play we got a chance. We’re young. We’ve only got two returning starters from last year.

“We’ve been pretty consistent here lately and have been putting the ball in play. Carrah has been pitching good lately. If we can put the bat on the ball we’ll have as fine of an opportunity as anyone else. I think we might be able to surprise a few people.”

Inside the numbers for today’s Little Kanawha Conference Championships