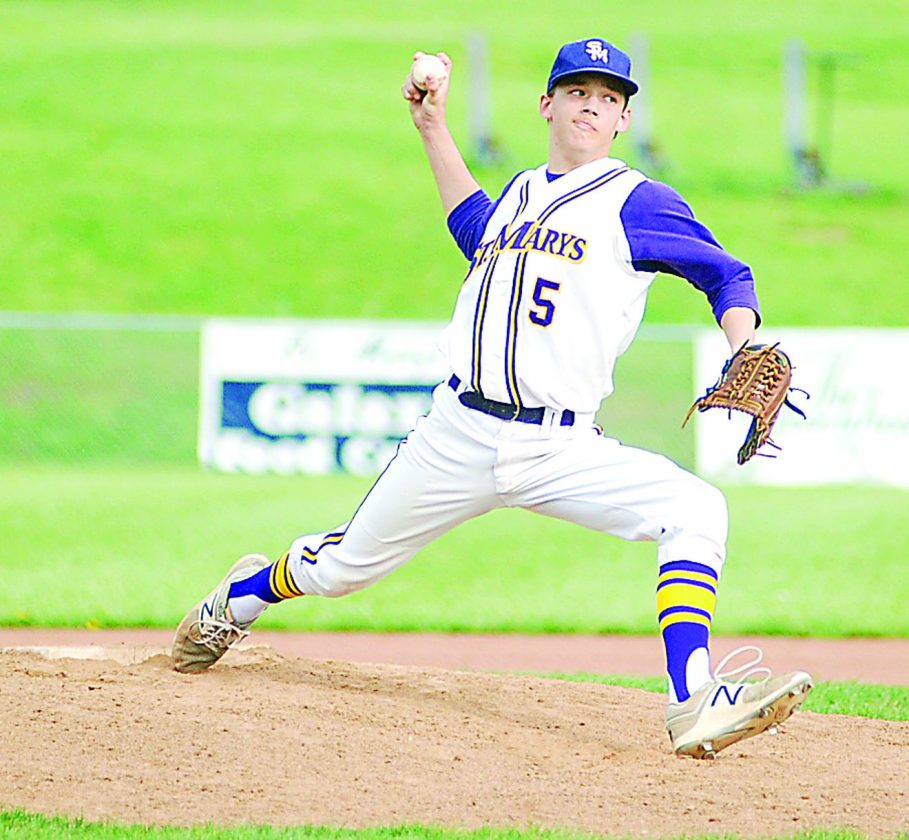 ST MARYS, W.Va. — Being around a family-like atmosphere was a big deal during the recruiting process for St. Marys senior pitcher Eric Illar.

So when it came down to visiting the campus of West Virginia State University and sitting down with baseball coach Sean Loyd, Illar knew it would be the place he wanted to continue his baseball career.

“After I got there, I fell in love with it,” Illar said. “When I went to State it was during spring break, so mostly everything was closed. But I got to tour the dorms, baseball field and I really like how the baseball team stays in the same floor in the dorm.”

Illar soon came into contact with coach Loyd, after pitching in the Prep Baseball Report showcase at Morgantown in January.

Impressed by Illar’s performance in Morgantown, Loyd wasted no time setting up an official visit to Institute.

During the visit, the more Illar spent time talking with Loyd, the more he knew that Loyd cared about his players and more importantly, their families.

“We sat down and talked and it wasn’t all about baseball. We just talked for a couple of hours and I fell in love with the program from there,” Illar said.

“He cared a lot about my family. He said that you guys should come back for a second visit with your dad and make sure he likes it too.”

Knowing that State would be the place that he would call home for the next four or five years, Illar committed to State after the visit.

Illar later took a second trip to State with his father in the spring.

Illar currently is hitting .390 with nine doubles, three triples, a home run, 11 RBIs and 27 stolen bases for the Blue Devils.

Illar will be trading his bat to pitch full-time for the Yellow Jackets. He’s picked up three wins and 37 strikeouts in 21 1-3 innings pitched so far for St. Marys, which is 13-4.

Illar was unsure if he was going to like switching to pitching full-time for the first time in his career, but after preparing his body for the switch, he is looking forward to change.

“We talked about how the program is set up for pitchers, how they strengthen the pitchers arms. It was all about the weight room. I just fell in love with the workouts. That knowledge has helped me tremendously,” Illar said. “I like it more than I thought I would because I like hitting and playing everywhere in the field, but I feel it will be better just focusing on one thing only.”

Originally wanting to be a special education major due to his brother having down-syndrome, Illar changed his mind to major in exercise physiology after going to Marietta Memorial Hospital for physical therapy for shoulder problems last year.

“I had some problems last year and I got over it. I thought about majoring in physical therapy and what they did was cool to me,” Illar said.

“So I thought ever since then, it’s something I could see myself doing for a career. Helping those get back doing what they want to.”