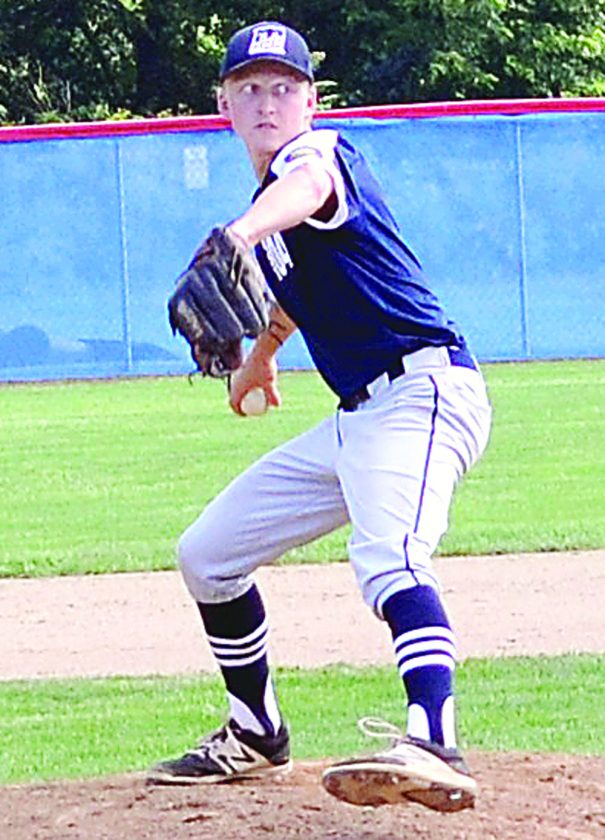 Last season, Marietta Post 64 came out of the gates smoking as they won their first 10 games before cooling down and eventually finishing the season with a 19-11 record.

The strength of the Marietta Tiger team this spring was their starting pitching and the top three arms from that team will head up the pitching staff for Post 64.

Left hander Corbin Alkire will be joined by recent MHS graduates Kail Hill and Derek Duckworth to give Marietta some outstanding arms at the top of their rotation.

“These three guys have pitched and won in some big games at Marietta,” said Hiser, who will be assisted by Darren Alkire and Steve Hill. “If they can throw enough strikes we can win a lot of games with them on the mound.”

With 18 doubleheaders on the schedule, Post 64 will need to rely on several other options to eat innings including Eric Illar, a recent graduate of St. Marys High School.

Hiser is confident that as many as 10 players on his roster are capable of giving him some quality innings.

‘It’s summertime and that kind of forces you to piece things together at times,” said Hiser, the Athletic Director at Marietta College. “Everyone will be counted on to contribute.”

The Post 64 infield will largely depend on who is on the mound but should be in good hands with a very versatile roster.

Alkire will likely be the regular first baseman when he is not pitching with Duckworth as shortstop.

Hill may well be the second baseman but is also quite capable of handling the hot corner as are Dennis and Brendan Fox, another St. Marys Blue Devil.

Jarrett Jackson saw action this spring at both first and third base for the Tigers and should get plenty of at-bats this summer as should fellow Tiger Jarred Richards.

Another pair of Marietta High School graduates in Max Cogswell and Brady Vincent continue to recover from injuries that cost both the majority of their senior seasons and could ad some depth as the season progresses.

“They are both great kids and really good bench guys that understand the game,” said Hiser. “We want to bring them along slowly so when they are ready we can use them.”

Center field is one spot that Hiser and his staff won’t have to worry about as Marietta’s Dakota Miller has developed into an outstanding center fielder.

“He is a real ball-hawk in centerfield,” said Hiser of Miller, who was also one of the Tigers best hitters this spring.

“He is one of those players that seems to be running before the ball is even hit and makes great reads.”

Illar will likely get the nod is left field with a several other players in the mix for the right field job.

Among those contenders for playing time in the Post 64 outfield are Fox, Jacob Rose and Waterford’s Joseph Zimmer.

Marietta opened their season earlier this week by splitting a doubleheader with Cambridge, dropping the first game 9-4 before recovering to win the night cap 8-3.

Hiser likes the mix of kids and believes that playing good, strong fundamental baseball will lead to a strong summer for his squad.

“We have to have confidence at the plate and we’ve been talking about not getting cheated when we don’t have any strikes on us,” said Hiser. “Defensively we need to focus on catching the baseball and doing the little things. We’ve got a lot of aggressive kids and I really like their attitudes.”